Why accountants should own Big Data 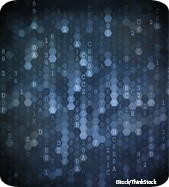 Many organizations recognize the value in harvesting data, whether the information is about customers’ buying habits or employees’ performance measures. But some companies haven’t been able to tap into the full potential of business intelligence—that is, getting the right information from the data to make better business decisions.

Donny Shimamoto, CPA/CITP, CGMA, thinks finance should own the business intelligence role—for the good of accountants and the good of the organization.

Here are three reasons finance should take over business intelligence, according to Shimamoto, founder of IT consulting firm Intraprise TechKnowlogies, who presented at the AICPA Financial Planning & Analysis Conference in Las Vegas in July:

Information is everywhere, but it often lacks relevance, clarity, and accuracy. Surveys bear this out. Twenty-eight percent of senior finance executives said they had little or no information to predict the performance of their business in 2013, and another 54% said they had only half the information needed to provide visibility into performance, according to a recent Accenture survey. A recent Gartner report says that businesses are “still struggling to make progress with [business intelligence] and analytics.” Accountants can help add clarity to the numbers.

Confidence in information is high when it comes from accountants. Satisfaction is lower regarding information supplied by some other departments. “The role of the accountant as a purveyor of truth and as an attester to the quality of the information has become increasingly important,” Shimamoto said.

The rise in analytics represents an opportunity for finance to shift toward a role of business partner. The finance function has earned trust, but more for the role of watchdog and less for analytical insight. Accountants “can go beyond traditional cost control and start to evolve the role to be looking at the organization as a whole and discussing how to best optimize the performance,” Shimamoto said.

Shimamoto breaks down the role of accountants into four quadrants. The most traditional is the steward/controller role, which is primarily for reporting and transaction processing. Then there’s the trusted reporter role, which encompasses duties such as Sarbanes-Oxley Act compliance, IFRS, and GAAP.

The third role shifts into more technical expertise. “These are people that are really strong in supporting specific functions,” Shimamoto said. “They might have industry expertise or experience in activity-based costing or treasury management.”

The fourth role is the one to which Shimamoto hopes finance can ascend. “Finance is the key to help unlock the power of business intelligence,” he said.

Traditionally, if others didn’t speak the language of IT, they were hesitant to learn. That hesitancy is one reason accountants haven’t gotten as involved in the application of business intelligence to company decisions.

Accountants today don’t need to fret about learning business intelligence thanks to an improvement in BI tools, Shimamoto said. “The tools have evolved to become so user-friendly that you don’t need IT to help get the information,” he said. “It’s evolved now so finance can do it all on [its] own. That’s a huge change within the last decade.”

If accountants are willing to escape their comfort zone, they can move out of the steward/controller and trusted reporter quadrants and into a more strategic position in their companies, Shimamoto said.

“We’re seeing where management accountants are already used to reporting on information on a regular basis,” Shimamoto said. “Now as we’re looking at overall integrated reporting, reporting on sustainability, reporting on ethics, all are now coming into greater importance and increased focus. So as organizations are capturing data on all these additional topics, that’s where the skills that finance has can start to be applied.”

The original version of this article, “Three Reasons Finance Should Focus More on Business Intelligence,” by Neil Amato is available at tinyurl.com/prpp3sj.

International Assignments on the Rise

Companies Gear Up for HR Changes

More than one-third (36%) of 1,025 organizations from 32 countries surveyed by the global professional services firm Towers Watson said they are considering changes to their HR structures in the next 18 months. The impetus for change is the development of new delivery models that can improve efficiency, service to employees, and performance, according to the report.

Nearly three-fourths (74%) of the organizations that are planning HR changes by the end of 2014 expect to experience operational efficiencies as a result. Other results sought from HR changes by organizations planning them include quality improvements (53%) and cost savings (37%).

The full article, “Four Questions to Ask Before Re-Tooling HR,” by Ken Tysiac, is available at tinyurl.com/mu5r62s.

Strategic Goals: Some Employees Just Don’t Get It

Managers need to be diligent in sharing a company’s strategic vision with employees so that those workers stay motivated and have a clear understanding of why they’re coming to work every day. That’s the recommendation from a recent Robert Half survey that shows a lack of clarity regarding companies’ strategy.

Thirty-four percent of CFOs say their employees are not aware or not very aware of the company’s strategic business goals. The survey of more than 2,100 CFOs from large U.S. cities shows that smaller companies are less likely to clearly communicate strategic goals to workers.

Just 9% of CFOs at companies of more than 1,000 employees thought workers lacked awareness of company strategy. That’s compared with 35% who thought that at companies of 20 to 49 workers.