T he American Institute of CPAs auditing standards board has recognized that audit evidence that previously existed primarily in documentary form often exists now in the form of electronic file images. The ASB has just issued Statement on Auditing Standards no. 80, Amendment to SAS no. 31, Evidential Matter, to provide guidance to auditors in handling engagements in an electronic world. Because entities from large multinationals to corner candy stores to nonprofits use information technology or have information in electronic form, this SAS will affect almost every auditor.

James E. Brown, chairman of the electronic evidence task force and a former member of the ASB, told the Journal that the move from paper to electronic files presents the auditor with several problems: "With an original paper document, there is a degree of presumption of authenticity you don't have with an electronic file. Also, if you access an electronic database, what assurance is there that you are getting everything, that there isn't hidden information?" He also pointed out an alteration on a paper document is often detectable, while it can be virtually impossible to detect a change in an electronic file.

How audits will change
SAS no. 80 is designed to help the auditor focus more on electronic evidence. According to Brown, the most significant change from SAS no. 31 is how risk is handled in an electronic environment. SAS no. 80 says in entities where a significant amount of information is "transmitted, processed, maintained or accessed electronically," it may be impractical or impossible to reduce detection risk to an acceptable level by performing only substantive procedures. In such circumstances, tests of controls normally would be performed to obtain evidence that would enable the auditor to achieve an assessed level of control risk sufficiently below the maximum. That evidence, when combined with evidence obtained by performing substantive tests, may constitute sufficient evidential matter to enable the auditor to express an opinion. If unable to obtain sufficient evidential matter, the auditor must either qualify or disclaim an opinion because of the resulting scope limitation. Brown said this SAS may encourage entities using electronic information to review and improve the effectiveness of their controls. 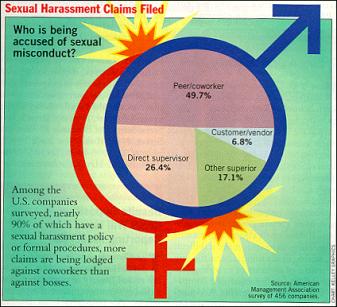 Another important change is the recognition that electronic evidence may exist or be accessible only at a certain time; electronic files may change quickly and backups may not exist. "The auditor has to consider the time during which electronic information exists or is available in determining the nature, timing and extent of auditing procedures," said Brown. "Some entities have real-time processing; each iteration changes the preceding one, which may not be retained."

A multidisciplinary approach
The electronic evidence task force comprised auditors and information technology (IT) specialists. In fact, Brown said the project actually started as a white paper presented to the ASB by the AICPA IT executive committee. IT increasingly is affecting other areas of accounting (see "New Millennium Is Cause for Concern," JofA, Oct.96, page 15).

The AICPA also is releasing an auditing procedure study (APS) prepared by the task force. It provides nonauthoritative, user-friendly guidance on the characteristics of evidence, differences between paper and electronic evidence and unique audit implications of electronic evidence. It also includes two case studies illustrating how an auditor might address the risks and challenges of auditing the financial statements of an entity in an electronic environment. The auditing procedure study is expected at the end of this month. SAS no. 80 (product no. 060673JA) is available now. To order, call the AICPA order department at 800-862-4272.

T he American Institute of CPAs auditing standards board updated its guidance on investments in Statement on Auditing Standards no. 81, Auditing Investments. The new SAS supersedes AU section 332, "Long-Term Investments," of AICPA Professional Standards and deletes Interpretation no. 1 of AU section 332, "Evidential Matter for the Carrying Amount of Marketable Securities."

"Our goal was to update the auditing literature to address the recent Financial Accounting Standards Board pronouncements that cover investments: Statement no. 115, Accounting for Certain Investments in Debt and Equity Securities, and no. 124, Accounting for Certain Investments Held by Not-for-Profit Organizations," George F. Patterson, Jr., chairman of the task force that drafted SAS no. 81 and a former ASB member, told the Journal. He said the new SAS lets auditors "enter the 115/124 world," providing guidance on areas such as evaluating management's intent related to an investment and an entity's ability to hold a debt security to maturity.

Scope
SAS no. 81 covers securities as defined by Statement nos. 115 and 124, and investments accounted for under Accounting Principles Board Opinion no. 18, The Equity Method of Accounting for Investments in Common Stock. It does not cover derivatives, even though a derivative might meet the definition of a security; however, it does provide some helpful guidelines, according to Patterson.

A more complete discussion will appear in an article in the February Journal . SAS no. 81 is available from the AICPA order department by calling 800-862-4272.