The importance of killing projects

Organizations must cast a critical eye at their own initiatives, keeping ego and ownership out of the equation.

Some of the traits of good project management include a detailed timeline, persistence in the face of setbacks, flexibility to adjust to market changes, and teamwork when facing a deadline. Well-managed, completed projects help organizations reach strategic goals, and they offer individuals a sense of accomplishment and understanding that they're contributing to those goals.

One aspect of project management that's sometimes forgotten is knowing when to kill a project.

"Stopping a project is not a failure," said Donny Shimamoto, CPA/CITP, CGMA, founder of consulting firm IntrapriseTechKnowlogies LLC in Honolulu. "Failing to stop a project when it should have been stopped: That's failure."

Projects take many forms. For consulting or CPA firms, the big project might be a new service offering. Not-for-profit organizations might put a team together to explore new ways to solicit online donations. And corporations may invest in new software to gather data about any number of measures.

Sometimes, though, projects must be killed. Perhaps they cost too much or take too long, or the organization's priorities change. The competitive environment, overall market conditions, or customer needs may have changed. While there may be good reasons to kill projects, the desire to continue pursuing a goal may keep the project alive.

Better real-time monitoring of projects can lead to fewer projects being allowed to continue longer than they should. In fact, research by the Product Development Institute shows that higher-performing companies are more likely to kill projects before they are launched. Lower performers record a higher rate of failures than of project kills. Regularly scheduled check-ins, which include questions about whether the project should continue, will lead to quicker decisions.

"By having open communication, you're in tune with what's happening," said Kam Karamshahi, CPA/CITP, CGMA, managing partner at Rise Consulting Group in La Jolla, Calif. "You know that there is a point where it's just not going to work anymore; you might have to go to another option.

"Don't just give someone a deadline and then come back to that person three, four, five months down the road and say, 'Are we done?' If you do that, the chances of a project failing are much higher." 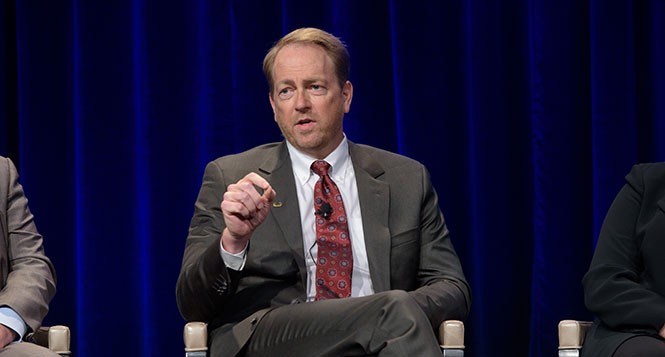 Here are five obstacles to projects being killed too slowly or not at all and how organizations can overcome those obstacles:

Project leaders should set aside ego and reevaluate a project based on costs and benefits, no matter whose idea it was. "Ego is a big part, because no one wants to fail," Karamshahi said. "If it was your idea to start a project, it's tough to say, 'I was wrong.' "

Some organizations have employees whose job title is "project manager." Some organizations put together teams on an ad hoc basis for a new strategic initiative, and the projects associated with that initiative become that group's "baby." If 20 people are working on a project for a year, they feel invested in the outcome and want to bring the project to fruition. Telling that group that its work is headed to the trash heap sounds like failure.

"Sometimes projects don't get killed sooner because there are feelings involved, or people's entire identities may be attached to a project," said Angela Ho, CPA, CGMA, senior vice president and principal accounting officer at OceanFirst Bank in Toms River, N.J. "Maybe someone was hired for the sole purpose of working on a project and may lose their job because a project is being killed. But that might make way for another project to be born."

The expectation that staff share ideas and knowledge, including "poking holes" in someone else's ideas, is a core philosophy at Koch Industries, according to Richard Dinkel, CPA, Koch's corporate controller and chief accounting officer.

"We look equally as hard at why [a project] won't work," he said.

People who have ownership of a project often aren't objective about it. "They get a little bit close to their own deal; they become emotional about it," Dinkel said. So others are brought in specifically to critique it. Often, he said, that objective view prevents the company from taking on a project it might have otherwise done.

Projects sometimes are not killed because they are close to being completed, and the desire to check the final few boxes and declare the finished project a success may outweigh the fact that the project is not very useful.

"People's natural inclination is to focus on the positive," Shimamoto said. "The question is 'How do we save this project?' instead of 'Should we be killing this project?' "

An organization with a healthy risk appetite is comfortable taking risks and learning from those failed projects. A company that allows for experimentation will empower employees.

"Culture is important," said Amal Ratnayake, FCMA, CGMA, the CFO of officialCOMMUNITY, an entertainment and media firm in Toronto. "It's easy to kill a project if the culture is one of taking risk and understanding that some projects will work and others will fail. That culture will help you look at those projects as learning opportunities rather than failures."

The decision to kill a project should be based on future tasks and future value. Sometimes, a project continues because of money already spent. When time and resources are invested, no manager wants to halt a project. But that money isn't coming back.

"The focus should be on how much more needs to be done, or more needs to be spent, and what benefits could accrue from the project once completed," Ratnayake said. "If those benefits exceed the costs of taking it from here to completion, then I would probably still go ahead with that project." 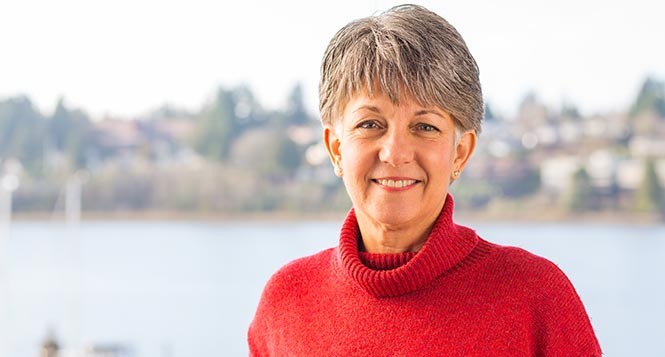 Sandra Hulteen, CPA, CGMA, director of finance at Townsend Security Inc., says she organized a team of devil’s advocates to convince the CEO to discontinue a product. (Photo by Madison Kirkman/AP Images)

Dan Griffiths, CPA, CGMA, director of strategy and leadership at Tanner LLC in Salt Lake City, said organizations should have a team or an individual charged with killing projects before they reach the end of their usefulness. Ratnayake called that role the devil's advocate.

When a project is started, there's enthusiasm as the project team is pulled together and the goals are laid out. Rarely in any project timeline is there a section that says, "Consider killing project now."

For higher-performing companies, such consideration exists in project management. The Product Development Institute research showed that 85% of top performers employ specific criteria related to continuing or killing a project. Only 26% of lower-performing companies have the same type of criteria.

"You need to have somebody on the team whose focus is always about, 'Is this reality? Can it get us to where we want it to?' " Ratnayake said. "If you think about the traditional project team, it's all about engagement in the team, belief that it can deliver value. You have to temper that with someone whose focus is to be a devil's advocate. I think that should be a clearly defined role."

Organizations should have a clear exit plan from each project they undertake, said Byron Hebert, CPA, director of entrepreneurial advisory services at PKF Texas, a CPA firm in Houston. He advises organizations to take a venture capitalist's approach to project management. "There's not a venture capitalist company out there that doesn't buy a company without having an exit plan: when they will exit, and how they will get their money out," he said. "Companies that take on projects should have the same approach." (See the sidebar, "Projects That Should Have Been Killed," about three well-known product failures.)

Sandra Hulteen, CPA, CGMA, director of finance at Townsend Security Inc., an Olympia, Wash., provider of encryption software, recently formed her own team of devil's advocates to convince the company CEO that it should stop a particular software offering, even though the CEO saw that particular offering as successful down the road for the company.

At first, Hulteen made a financial argument that few customers were buying the software. But the message was stronger and more effective when she asked the sales manager and IT director to join her in talking to the CEO. "It helped to gather a broader perspective," she said. "Building some consensus around a decision was better than, 'This is what I think.' "

The meeting with the CEO was successful. He saw not only the lack of sales, but also the strain that developing the software had put on the developers. The company decided to move existing customers to a different platform and offer discounted maintenance. The project allowed developers to focus on other tasks and has taught Hulteen more about taking a critical look at projects.

"We didn't have built-in checks to see if we should continue," she said. "Going forward, if we're doing something new, we have something set up six months down the road where we can evaluate progress, to make sure we're not just going without knowing."

Projects that should have been killed

The Edsel: In 1957, Ford Motor Co. announced the unveiling of a new car line named for Henry Ford's son. The name never stuck, the marketing backfired, and the United States was in a recession. The car also had shoddy workmanship, and it was off the market three years later.

New Coke: In 1985, the Coca-Cola Co. replaced the formula of its flagship soda brand. To say there was some customer backlash is an understatement. The company returned to its original formula for Coke three months later. It referred to the move as an example of "taking intelligent risks," but it also said that the decision spawned "customer angst the likes of which no business has ever seen."

Google Glass: The computer that resembled futuristic eyeglasses cost $1,500. While it might have sounded cool to voice commands with the opening line, "OK, Glass," it wasn't $1,500 cool. Google halted sales of its wearable tech debut in early 2015 but said it remained committed to the project's future versions.

Neil Amato is a JofA senior editor. To comment on this article or to suggest an idea for another article, contact him at Neil.Amato@aicpa-cima.com or 919-402-2187.