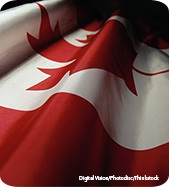 Canada’s accounting profession is undergoing a radical transformation. Less than three years ago, three accounting credentials operated across the nation’s provinces and territories—the Chartered Accountants (CAs), the Certified Management Accountants (CMAs), and the certified general accountants (CGAs). Since then, merger talks among the three have progressed in great leaps, periodic setbacks, and incremental steps. The undertaking has been ambitious and complicated, and the prospects for full unification have often seemed uncertain, but the process is nearing its successful end with the recent launch of a new, single designation, the Chartered Professional Accountant (CPA).

Q. Why is the new, single designation called CPA?

A. Increasingly, two accounting abbreviations, CA and CPA, are recognized as premier designations around the world, even if CAs and CPAs are not exactly the same from one country to another. Indeed, the CPA abbreviation is currently used in countries as diverse as Australia, China, Israel, and Japan, while the CA term is employed in places such as England, India, Pakistan, Scotland, and South Africa.

Moving to CPA, which is synonymous with the U.S. certified public accountant designation, was obvious, said Kevin Dancey, president and CEO of CPA Canada.

Q. Does the new designation cause confusion?

A. Between the United States and Canada, a common CPA brand presents potential future opportunities, but it also presents significant challenges. First and foremost, there is the question of when Canadian CPAs and U.S. CPAs can use their credential across the border. It’s unclear when “holding out” (identifying oneself as a credential holder) is currently permissible, since all state and provincial laws explicitly prohibit the use of credentials that may be confused with their regulated domestic credential in that state or province. With the U.S. and Canadian economies tightly integrated and the flow of people and services common across the border, profession leaders have begun to ask, “What exactly is appropriate?”

Ken Bishop, the president and CEO of the National Association of State Boards of Accountancy (NASBA), frames the situation this way: “With Canada transitioning from CA to the CPA, some state boards of accountancy are assessing the risk of public confusion with the U.S. CPA credential. I am hopeful that we will develop a common-sense solution that will allow appropriate visitor use of the CPA credential on both sides of the border, for social and other nonpractice situations, and that will keep practitioners out of harm while protecting the consumer public. I am confident that we can achieve this in a timely way.”

Q. How can confusion about Canadian and U.S. CPA designations be avoided?

A. Permitting the handing out of a business card or being identified as a CPA at a conference may be a reasonable accommodation to most observers, but other situations are less clear. Laws and regulations may need updating to allow for such leeway. In addition, other more complex questions will begin to percolate up to regulators. For example, could a person identify himself or herself as holding the foreign CPA credential when seeking a job across the border, as a member of the senior leadership of a publicly traded company, or, perhaps, when offering nonaudit services, such as tax preparation, via the internet? Along with the question of “May they?” the subsequent question for regulators will be, “Should they be allowed, and what best protects the public while acknowledging the unique and close relationship of the two countries, their people, and their economies?”

AICPA President and CEO Barry Melancon argues that an ideal near-term outcome would be some sort of consistency and guidance. “What we don’t want is for CPAs—Canadian or American—to be put in situations where they are inadvertently violating the laws of various states and provinces when identifying themselves with their credential. I would like to see a movement toward simple, common-sense guidance that reflects that there are many U.S. CPAs living and working in Canada and there are also many Canadian CPAs living and working in the U.S. That is not going to change, and the sharing of talent is a good thing for our two countries.”

Dancey concurs with Melancon. “Common-sense guidance that is agreed to by all would be a great first step,” he said. “It would be very disruptive for states and provinces to develop inconsistent, ad hoc approaches to this issue.”

Nonetheless, while profession leaders begin to think about these issues and try to formulate uniform policy suggestions for state and provincial regulators, CPAs on both sides of the border are advised to do their own due diligence. They are responsible for understanding the laws and regulations of any state or province in which they are working or visiting and must also comply with any limitations or restrictions on the practice of accounting or “holding out” with their credentials. When in doubt, they should contact state or provincial regulators directly for guidance or seek the advice of professional legal counsel.

Q. How far along is the merger of the three Canadian accounting designations?

A. Like the United States’ system of state-based regulation, Canada’s accounting profession is regulated at the provincial level. The decision to merge the organizations and seek passage of the necessary legislation required the approval of the three accounting groups through each of their provincial, territorial, and national organizations—a total of 40 professional member groups—and subsequently will need the passage of provincial and territorial bills to complete the process.

Quebec was the first province to move on the concept in 2011. Shortly thereafter, in January 2012, the three national organizations, the Canadian Institute of Chartered Accountants (CICA), the Certified Management Accountants of Canada (CMA Canada), and the Certified General Accountants Association of Canada (CGA-Canada), announced a proposed framework for uniting the nation’s accounting profession. The underlying premise being that, in light of globalization, such a move would best position the profession for the future. More specifically, the public interest would be better protected, a single designation would be more competitive globally, and the profession would be healthier and better regulated.

“We knew we could be more effective and more efficient than we were, and we knew unification was the way to get there,” Dancey said.

With the multiple merger votes among the provincial accounting groups having positively wrapped up across almost the entire country, enacting legislation is now moving forward in the various provinces, and Canadian accountants are already starting to use their new credential as legislation and regulations permit.

Q. What are the key challenges going forward?

A. Navigating a new relationship with the United States is not all that awaits the new Canadian CPA profession. Organizational mergers and the passage of provincial legislation are just the first steps of many important milestones ahead. The profession must also now educate the Canadian public and the business community about the new credential—a campaign that is naturally only in its infancy. And the national and provincial leaders may look to the United States for a road map on the question of domestic “cross-border mobility.” Over the last eight years, the AICPA, NASBA, state CPA societies, state boards of accountancy, and individual CPAs and their firms have worked to pass “mobility laws” in 49 states and the District of Columbia. These laws allow a CPA license in one state to act much like a driver’s license, which can be brought into another state for temporary practice. The Canadian system of provincial regulation does not yet allow for interprovincial mobility on this scale. Canadian accountants must currently join the provincial organization in each province in which they wish to practice. Moving toward a mobility regime may prove a critical step in building the long-term type of profession that profession leaders envisioned when they first formulated the Canadian CPA concept and then announced their framework for unification.

Other cross-border issues are likely to grow over time. While the number of individuals holding a Canadian and a U.S. CPA designation is not large, there is currently no standard mechanism for state and provincial regulators to share with one another actions taken against CPA credential holders for wrongdoing. This creates a risk to the public in both countries. Other issues will include the upcoming renewal of the tripartite U.S./Canada/Mexico mutual recognition agreement (MRA), which creates a pathway for U.S. CPAs to obtain a Canadian CPA designation and vice versa, and the emergence of new opportunities for cooperation and collaboration among professional organizations and regulators.

One recently announced area of mutual cooperation was an agreement between CPA Canada and the AICPA, which would give Canadian CPAs access to a broad portfolio of specialized materials through the AICPA Information Management and Technology Assurance Section as well as its Forensic and Valuation Services Section. CPA Canada members will be able to join those sections and will have the opportunity to obtain two credentials—Certified in Financial Forensics (CFF) and Certified Information Technology Professional (CITP). Previously, those credentials had been limited to AICPA members.