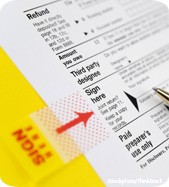 A U.S. district court ruled that the IRS’s registered tax return preparer program exceeds its statutory authority and enjoined it from enforcing the regulations (Loving, No. 12-385 (D.D.C. 1/18/13)).

In 2011 the IRS issued final regulations (T.D. 9527) making unenrolled return preparers (i.e., return preparers who are not CPAs, attorneys, or enrolled agents) subject to Circular 230, Regulations Governing Practice Before the Internal Revenue Service (31 C.F.R. Part 10), for the first time and requiring them to pass a qualifying exam, pay an annual fee, and take 15 hours of continuing education courses each year. The IRS based its authority to regulate tax return preparers on 31 U.S.C. Section 330, which allows the IRS to regulate “representatives” who “practice” before it.

Three independent tax return preparers brought suit in federal court, arguing that they are not covered by the statute and that the IRS has no authority to regulate their preparation of tax returns. They complained that they would have to raise prices and would lose customers if forced to comply with the IRS’s program. Two claimed they would likely close their businesses if forced to comply. They sought injunctive and declaratory relief and moved for summary judgment.

The district court held that tax return preparers are not representatives who practice before the IRS under 31 U.S.C. Section 330. It gave three reasons. First, Section 330(a)(2)(D) equates practice with advising and assisting taxpayers in presenting their cases before the IRS. The court said that “[f]iling a tax return would never, in normal usage, be described as ‘presenting a case’ ” (slip op. at 11).

Second, the IRS’s interpretation would displace other “statutes scattered across Title 26 of the U.S. Code [that] create a careful, regimented schedule of penalties for misdeeds by tax-return preparers” (slip op. at 13). If Section 330(b) gave the IRS open-ended discretion to regulate tax return preparers, it would displace this existing statutory scheme.

Third, under the IRS’s interpretation, Sec. 7407, which remedies abusive practice by tax return preparers by allowing the IRS to enjoin their preparation of tax returns, “would be relegated to oblivion” (slip op. at 10).

Having decided that the statutory language unambiguously forecloses the IRS’s return preparer regulation program, the court granted a declaratory judgment that the IRS “lack[s] statutory authority to promulgate or enforce the new regulatory scheme for ‘registered tax return preparers’ brought under Circular 230” (slip op. at 21). The court also granted permanent injunctive relief, enjoining the IRS from enforcing its registration scheme against unenrolled preparers.

The IRS on Jan. 22 issued a statement in which it said that “tax return preparers covered by this program are not currently required to register with the IRS, to complete competency testing or secure continuing education.” The IRS also temporarily took down its preparer tax identification number (PTIN) renewal and registration system on Jan. 22 and announced that the competency testing system would be taken down and that preparers who had scheduled exams would not be able to take them.

Many practitioners had questions about whether they would be required to continue using PTINs on tax returns, and what would happen to preparers who had not renewed their PTINs before the system shut down. However, on Feb. 1 the district court clarified that its injunction did not require the IRS to suspend the PTIN program, and on Feb. 2 the IRS reopened the PTIN system on its website.

On Jan. 23, the IRS filed a motion with the district court to suspend the injunction. In its motion, the IRS asked for the injunction to be suspended on four grounds: (1) that it has a reasonable likelihood of prevailing on appeal; (2) that it and the public would suffer irreparable harm if the injunction was not suspended; (3) that the plaintiffs would not be harmed by the request; and (4) that suspending the injunction will serve the public interest. The court issued a memorandum and order on Feb. 1 refusing to suspend the injunction. The IRS stated in its motion that it intended to file a Notice of Appeal, but that the person who will make the decision about whether the government will pursue an appeal is the solicitor general.

Alistair M. Nevius is the JofA’s editor-in-chief, tax. To comment on this article or to suggest an idea for another article, contact him at anevius@aicpa.org or 919-402-4052.