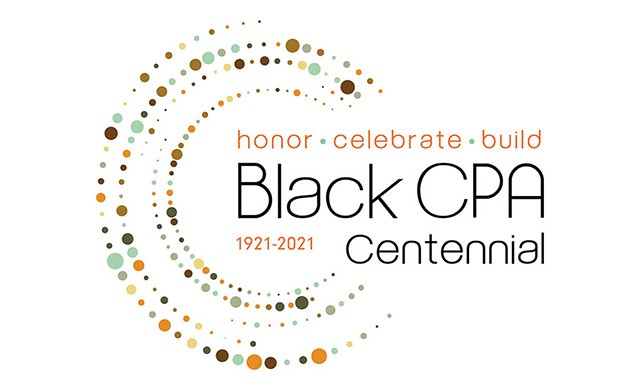 With 2021 marking the 100th anniversary of the first Black licensed CPA in the United States, a yearlong campaign kicked off to recognize the nation’s Black CPAs and encourage greater progress in diversity, inclusion, and equity in the CPA profession. Resources and information related to the Black CPA Centennial commemoration, including ways for individuals and organizations to participate, are available at BlackCPACentennial.cpa. The celebration is a collaborative effort of the American Institute of CPAs, Diverse Organization of Firms, Illinois CPA Society, National Association of Black Accountants, and National Society of Black CPAs.

Built by Black CPAs who succeeded despite adversity, these firms continue to play an important role in the profession’s recruitment and advancement initiatives, and with the clients they serve.

Driving DEI change in the states

State CPA society leaders are among those spearheading diversity, equity, and inclusion efforts in the profession. See what successful steps they and their organizations have taken to enhance the recruitment and advancement of Black CPAs.

Coming together to advance Black CPAs

Leaders whose organizations focus on promoting the advancement of Black CPAs, both on their own and as a part of the Black CPA Centennial, offer insights on where the profession stands and where it needs to go.

Professors can shape a student’s experiences, influencing whether students take a course or pursue a career because the person at the front of the classroom looks like them. The first Black CPA Ph.D.s have played an important role in attracting generations of future Black CPAs.

In 1971, 50 years after the first Black CPA received his license, Elmer J. Whiting Jr. became the first Black partner of one of the nation’s largest accounting firms. His achievement helped to influence and inspire his firm, his community and ambitious professionals following his footsteps.

What we can do to increase the number of Black CPAs

African Americans are still underrepresented in the accounting profession: Only 2% of CPAs are Black. In this second part of a two-episode podcast, we look at what the profession can do to increase the number of Black CPAs.

The struggles and triumphs of the first Black CPAs

We take a look at the remarkable accomplishments of Black CPAs in the 20th century, featuring the testimony of two CPAs who witnessed Black CPA history firsthand: Ruth Harris, the first Black female CPA in Virginia, and Frank Ross, one of the founders of the National Association of Black Accountants.

Opening doors for others: The first Black woman to become a CPA

In 1943, Mary T. Washington Wylie became the nation’s first Black woman to earn the CPA license. Her life illustrates the difference that one enterprising professional can make for many future generations.

John W. Cromwell Jr., the son of a former slave, overcame many obstacles in his life to earn his place in history as the nation’s first Black CPA in 1921. His story is an inspiration and lesson in tenacity for future generations of Black accountants.