The outlook of finance decision-makers for 2020

Positive sentiment about the U.S. economy is easy to find among CPA decision-makers in business and industry, despite obstacles and the uncertainty that regularly accompanies an election year. Ken Witt, CPA, CGMA, lead manager for management accounting and member engagement for the Association of International Certified Professional Accountants, breaks down the reasons for optimism and hesitance for the year ahead.

What you’ll learn from this episode:

Play the episode below:

To comment on this podcast or to suggest an idea for another podcast, contact Neil Amato, a JofA senior editor, at Neil.Amato@aicpa-cima.com.

Neil Amato: Well, it’s another quarterly economic outlook survey in the books. I’m joined by Ken Witt, senior manager for management accounting and member engagement at the Association of International Certified Professional Accountants. Ken is our resident expert on the survey. What’s the overall view, Ken, of CPA decision-makers in business and industry as they focus on the year ahead?

Amato: How does this sentiment, again measured in the first three weeks of November, compare to the mood of a year to two ago at this time?

Witt: I think that really is the story of the survey and the economy at this juncture. In the first quarter of 2018, 79% of our respondents were optimistic about the economy, and over 70% were optimistic about their own businesses and had plans to expand. Since that time, we’ve had some easing, like I just mentioned, to the point where I would call what we have today as cautious optimism.

Amato: There are several spots in the survey where respondents can list the reasons for their optimism, their neutrality, their pessimism. Among the optimists, what are they seeing that they like?

Witt: I think, for the most part, optimists cite the continued overall economic strength, employment, interest rates, availability of capital, and consumer spending, some of the kind of keynotes of the economy.

Amato: And what about the pessimists, at least those who were pessimistic in the first three weeks of November?

Witt: Pessimists are citing the impact of tariff and trade issues and the upcoming election, along with concern about the length of the recovery and easing of economic indicators. The economy is a little bit long in the tooth is what we’re hearing from a number of people. While the economic indicators continue to be pretty strong, there is some concern that we may be sort of running out of gas.

Amato: You mentioned trade issues. Trade war concerns get plenty of headlines. They’ve gotten them for a while now, but the top challenge listed by survey respondents for 10 consecutive quarters has been availability of skilled personnel. Is that challenge a big enough issue to give businesses reason for concern about their own success in 2020, and is that scarcity of qualified personnel driving up labor costs for companies?

Witt: I think the scarcity of skilled personnel, along with the employee and benefit cost, is an ongoing concern for a pretty broad swath of companies. But I don’t think it’s something that is a major restrictive factor in terms of business success. I think it’s just been an issue that companies have had to deal with and are finding ways of dealing with. Similarly, while companies have done a wide range of things to recruit and retain employees, including compensation increases, I don’t think the rate of expected increase in salaries and wages and in health care cost is a big concern, and what we’ve seen is they’ve tapered off a little bit in recent quarters.

As you mentioned, the trade war concerns, on the other hand, do have the potential to have an adverse effect on companies that are impacted, and also on the overall economy. The obvious impact, of course, is the increased costs as a result of the increased tariffs that directly impact companies. Depending upon the sector, this can range from simply a negative impact on margins to a total loss of business to competitors. The less obvious impact is the impact of the economy from less investment. We had Bill Strauss from the Federal Reserve Bank in Chicago present on the economy at our corporate finance and manufacturing conference in Orlando [in mid-November], and he said we’re already seeing some reduction in investment as a result of trade concerns, which we are also seeing in our survey with a half-point dip in plans for other capital spending for the coming year.

Amato: The presidential election, at the airing of this podcast, is 10 months away. What effect in general does an election year have on finance executives’ business plans?

Witt: I think it all has to do with uncertainty. Looking back to 2016, what we saw in the first quarter was a big dip in optimism and a big jump in pessimism. This eased a bit in the second and third quarters, but we saw a big jump in optimism in the fourth quarter, much attributable to the election at that time. Ironically, we did our survey within the survey at the time about the impact of the election on company plans, and a majority indicated that the election would not have that significant an impact on either hiring or spending. Now, this did improve with the tax act, but even without that, the reduction in uncertainty impacted the outlook quite favorably in the fourth quarter of 2016. I would guess we might see a similar thing with the upcoming election.

Many of the overall economic indicators continue to be relatively strong, and we are seeing this reflected in what we are hearing from our members about their businesses. However, as we have seen in the markets, they do respond to comments that increase uncertainty about the resolution of the trade war and other issues. So we’ll have to wait and see how much uncertainty there is as we go forward and how much impact that there will be on companies’ business plans.

Amato: It will be interesting to see how the first three months of 2020 go, and we will talk to you again in March.

Or search Journal of Accountancy wherever you listen to podcasts. 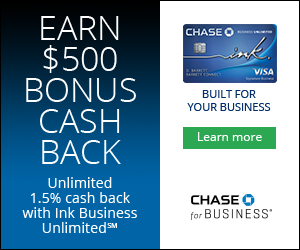