Not desk jockeys: These accountants are athletes

Accountants are better known for their skill with numbers than their physical abilities, but many make exercise part of their routines. And some have achieved remarkable feats of athleticism. These five accountants have competed in extreme sports events, become professional athletes, or simply challenged themselves physically. They share their stories, as well as their best tips for staying in good physical and mental shape. 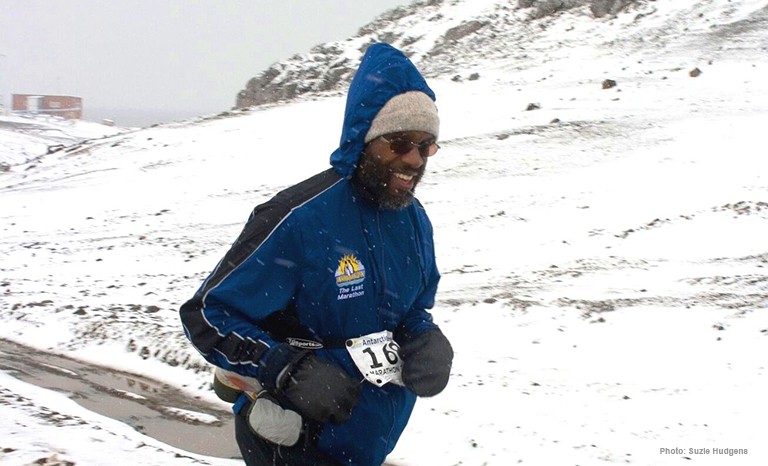 Sixty-three-year-old Tony Reed, CPA, a speaker and project management consultant in Dallas, Texas, has accomplished something few people have done: run 131 marathons. After finishing the Kenyan marathon in 2007, Reed said, he became the first black person in the world to run marathons on all seven continents, including Antarctica, where he was chased by seals.

Reed ran his first marathon in 1982, in Texas. He was diagnosed as pre-diabetic as a child, and realized that running regularly could burn calories and keep him off insulin. Following his first race, he committed to running an average of three miles a day, for as long as he could. "I wanted to live long enough to walk my daughters down the aisle when they got married, and hold my grandchildren," he said.

Reed's love for running also spurred him to author several running-focused books, and to co-found the National Black Marathoners Association, which he now serves as executive director. Running has enhanced his professional life, he said, by helping him focus, work harder, and remain level-headed.

His tips? If you're a runner, combine your vacation with running a race. "Select a race in an exotic location that's both physically challenging and mentally stimulating, such as China's Great Wall Marathon or Kenya's Safaricom Marathon, which is held in a game reserve," Reed suggested.

In addition, don't listen to electronic devices while running. Instead, "listen to your body and the world around you," he advised.

Finally, make time to work out, choose a physical activity you enjoy, and set quarterly goals to keep you motivated. "Put being physically fit at the top of your priority list," he said. 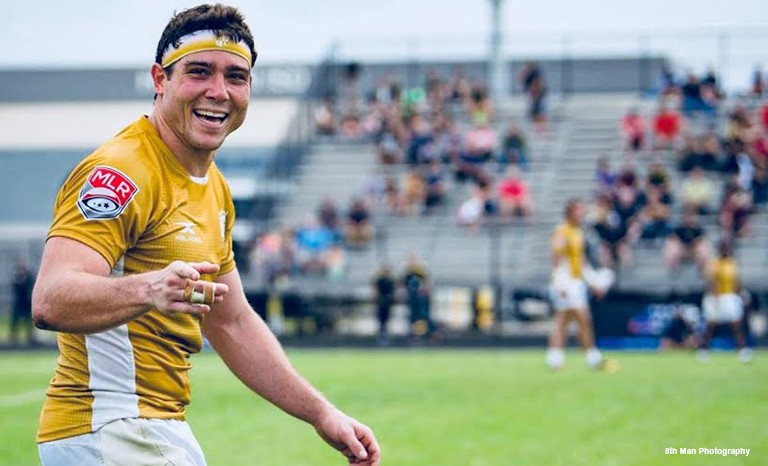 Bobby Johns, CPA, assistant controller at John W. Stone Oil Distributor LLC, in Metairie, La., has done many things in his short career, but few achievements can rival being signed to NOLA Gold, a professional rugby club in New Orleans. Johns, formerly a rugby player at Louisiana State University, where he got his MBA, joined the club in September 2017.

During the season he wakes up at 4:30 a.m. and heads to the gym to train. Two hours later, he goes to work. He also attends almost-daily practices and then competes on the weekends. "Believe me, it is a bit hectic," he said. He's able to manage this schedule, he noted, because his company allows him to work from home during odd hours. His fiancé also helps by taking care of their two pugs, Hashbrown and Flapjack.

Johns has a "no-excuses mentality," whereby he simply determines to get everything done, except for getting a lot of sleep, he said. His goal-setting has also helped him meet deadlines as an accountant. "Once you set a goal and understand what it takes to get there, you can use that in your career," he said.

Johns offers these tips: Get involved in some activity, have a good support system at home or work, and don't put up roadblocks to fitness. "Include fitness in your everyday routine by maximizing the hours in the day," he said. For him, that means getting up early to start the day with exercise. "At the end of a long day, it's difficult to find the motivation to go to the gym," he noted. 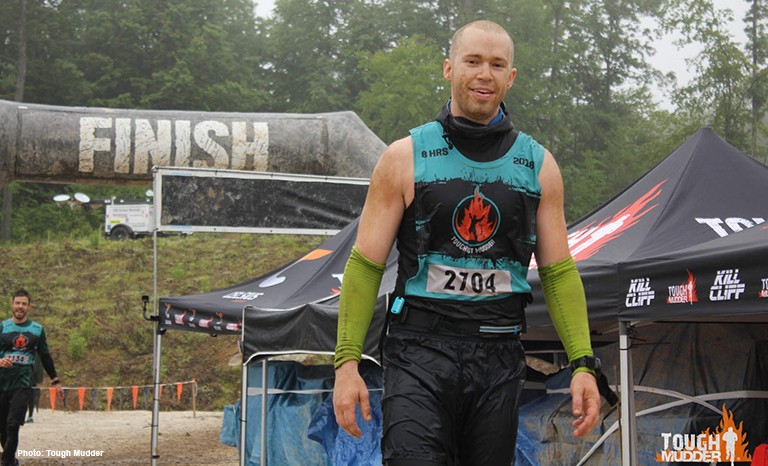 Few people have jumped into ice baths, climbed ropes, carried sandbags, run for 24 hours straight, or dived off a 35-foot cliff. But Justin Horr, a senior associate at Rodman CPAs, in Waltham, Mass., has done all of that and more in the extreme obstacle courses known as Tough Mudder events.

To date, Horr has participated in many shorter Tough Mudder events, as well as in three World's Toughest Mudder competitions: 24-hour obstacle courses set at different locales. This year, in the midst of studying for the CPA exam, Horr is training for his fourth 24-hour race.

Prepping for these grueling competitions is difficult: Horr gets to work by 6:30 a.m. so he can leave the office at 3 p.m. to train. He runs on trails and tracks, often for hours, seven days a week. He runs up and down ski slopes to increase his endurance and strength. His training schedule is less grueling during busy season, but even then, he runs on a treadmill at home.

Horr has made the list of the top 100 Tough Mudder competitors twice, and this year hopes to improve his time. The races help him relieve stress and better manage his time on and off the job, he said.

Horr offers several tips: Create a schedule, and take every opportunity to spend time outdoors, instead of in front of a computer. "Also, make sure to relax and enjoy the scenery when you're outside," he said. "Staying active outside of the office helps me be on top of my game in the office." 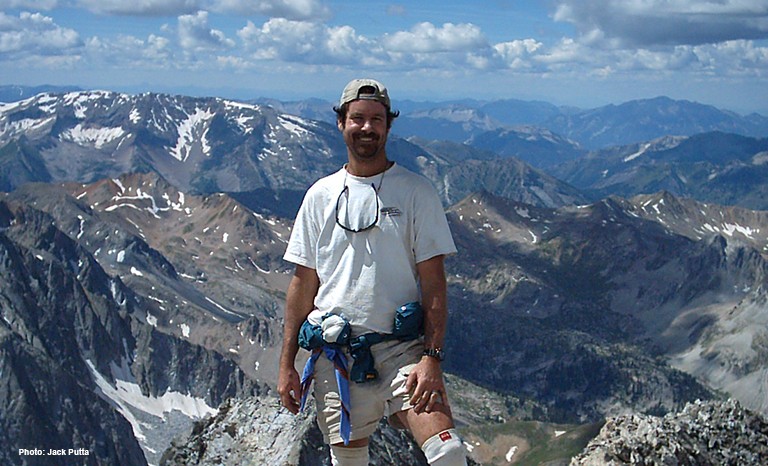 Sole proprietor Blake Peterson, CPA, 62, based in Tempe, Ariz., has a personal lifetime philosophy: Make time to do things other than work, and stay in shape. So he rides his horses, hikes, rides his bicycle for miles, and frequently hits the gym. But his most admirable achievement to date has been climbing 54 Colorado peaks over 14,000 feet high. Colorado has 55 peaks over 14,000 feet, and he plans to climb the 55th peak in the future.

"Sometimes I go out by myself, and it's a spiritual adventure and quiet and peaceful, and after the crazy city life it's a good way to balance my mind," Peterson said of his activities. Since he runs his own practice, he sets his schedule and simply makes time to do the things he enjoys, though a bit less often during busy season. By doing this, he said, he feels better, stays more focused at work, and is happier.

His tips? Maintain a regular exercise regimen, and try to be debt-free, so you don't have to work so much. In addition, he said, be passionate about an activity that challenges you and can bring you joy. "Laugh and play a lot — it keeps you young," he said. 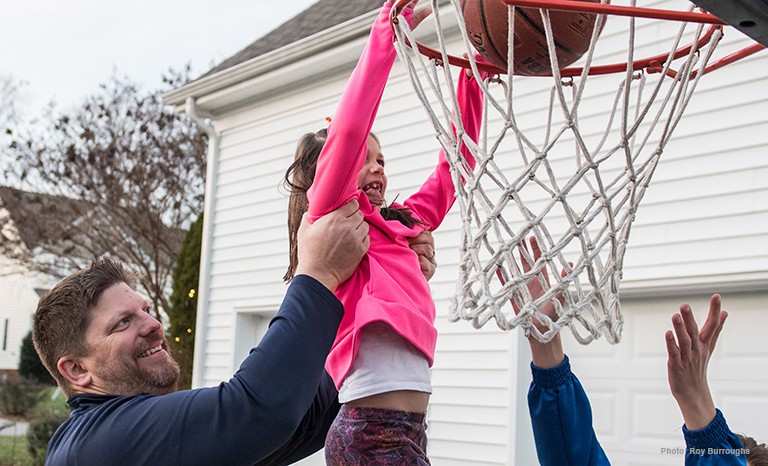 Former professional basketball player John Karaffa, CPA/PFS, DBA, turned his beloved sport into a full-blown career. Between 1991 and 2002, Karaffa played professional ball for a German league, all the while studying for his MBA, working for PwC and General Electric overseas, and earning his CPA license. Almost daily he worked, practiced, and lifted weights, with games on the weekends. Both employers were respectful of the time he devoted to both careers, which helped make his schedule work.

Karaffa's experience also taught him how difficult it could be for professional athletes to manage their finances. "I saw first-hand how complicated it was to play professionally and have to file tax returns in multiple countries," he said.

After he retired from the sport, Karaffa founded ProSport CPA PLLC, in Quinton, Va. The firm caters to professional athletes, offering tax planning and preparation, financial coaching, and other services. He is also a part-time college professor.

His main tips? Find the sport-career balance that works for you, and do what you love, both in work and play. "Don't sacrifice family time, exercise, and fun just because your schedule is busy," he said. "You'll be more productive at work when you're giving attention to other important areas of your life."

Cheryl Meyer is a freelance writer based in California. To comment on this article or to suggest an idea for another article, contact Courtney Vien, a JofA senior editor, at Courtney.Vien@aicpa-cima.com.