PPP provides a lifeline, but more may be needed

With new guidance and extensions on use of funds, US businesses seek and find financial boosts in overall uncertain times.

As a deadly pandemic hit the United States, drivers stayed off the roads. Accidents didn’t happen. And people skipped urgent medical treatments, fearing that they’d be infected by the novel coronavirus in the hospital.

All of that led to a 40% drop in demand the last two weeks of March for the services of Life Link III, an air ambulance service that operates in Minnesota and Wisconsin. Bob Sannerud, CPA, CGMA, Life Link III’s CFO, knew that the service faced a potential financial crisis in March and going forward.

“We’re a first responder, and if we’re not there to respond, patients can’t get transport to facilities where they need to get treated,” he said.

Three months later, Life Link III has weathered the first wave of the crisis — thanks in large part to $2.7 million in funding from the $659 billion Paycheck Protection Program (PPP), which offers forgivable loans to small businesses affected by the pandemic.

Demand for the program has been high, with applications submitted by 56% of the respondents to the AICPA Business and Industry Economic Outlook Survey. Eight percent had applied for Economic Injury Disaster Loan assistance, according to the second-quarter survey, which showed an unprecedented drop in optimism for the coming 12 months.

Many businesses were frustrated by the crush of demand in the $349 billion first round of the program and by restrictions on the funds. Congress pumped $310 billion more into the PPP, but confusion about the program’s rules and concerns about the ability of borrowers to earn loan forgiveness contributed to the pace of lending slowing dramatically.

Recent adjustments may encourage more businesses to apply. Legislation enacted last week significantly extends the period during which businesses can use the loans for payroll while still qualifying for forgiveness. It also lowered the threshold for how much must be spent on payroll from 75% to 60%.

“There’s a lot in the news that makes it sound onerous, but ultimately the guidance has only gotten clearer, and the compliance in order to obtain forgiveness has only gotten easier,” said Robin Thieme, CPA/CITP, CGMA, the CEO of KBS CFO. Based in Maryland, KBS provides virtual accounting services for small and midsize businesses.

“Not to create a rush, but I would be shocked if the loan amounts are not soon depleted,” she said.

KBS and the majority of its clients were successful in obtaining PPP loans, Thieme said. Some applied for $20,000 and others for up to $500,000 — the average given to the program’s 4.5 million recipients through June 6 is $113,000. Thieme said the money has helped clients maintain payroll levels and, to this point, enabled KBS to grow its staff without increasing fees as the demand from clients surged.

Learning on the fly

So, what do companies need to succeed with the PPP and other federal programs?

Sannerud said his company’s remote-work capabilities and a good banking relationship contributed to his PPP success. As the program’s applications opened, Sannerud and his accounting manager worked long weekend hours to complete the application before the initial deadline.

They could do all that was needed to complete the application from home, thanks to Life Link III’s virtual capabilities. The company’s air bases are spread across hundreds of miles, so it had already built up remote administrative functions. “You don’t have the luxury of shuffling paper,” Sannerud said.

The company’s banker at Alerus Financial was crucial, too. “I provide an MD&A financial analysis to my banker every quarter — basically, making sure people are well informed about what we’re doing, how we’re doing, so that when things do happen, people aren’t having to ask 20 questions,” Sannerud said.

Thieme said that about 95% of her clients applied for PPP assistance and one-third applied for Economic Injury Disaster Loans. All the PPP applicants succeeded.

“We just acted really fast and were very politely persistent and found people to talk to at the different lending institutions,” Thieme said.

Getting the loan was only the beginning, though. Finance leaders have also wrestled with changing guidance and recent adjustments to the thresholds.

East Coast Warehouse applied for and received a PPP loan of more than $2 million, according to David Harris, CPA, CGMA, the company’s CFO.

As the outbreak spread near its facility in New Jersey, Harris worried about a repeat of the detrimental effects of Hurricane Sandy.

“We didn’t know when we applied, how bad is it really going to impact us?” he said. “We could potentially have zero revenue streams.”

The company was able to spend its loan within the original eight-week period. Harris and his team made constant adjustments to their payroll reporting system to keep up with guidance from the government and the bank. They’ll submit that information as they seek forgiveness of the loan.

“We’re basically building the landing gear as we’re coming in for a landing. It keeps changing: We’ve gone through several different iterations for how we need to prepare it,” he said. “We’ve got a good payroll system and good people. It’s helping to get the information we need.”

The company’s costs are largely fixed. So far, East Coast Warehouse has avoided potential cuts to staffing and other variable costs.

Originally, businesses had to expend the PPP loans over eight weeks to qualify for full forgiveness of the loans. In the final weeks, some of Thieme’s clients rushed to complete the spending.

Just as the initial loan forgiveness periods expired, the government extended the window to 24 weeks. In retrospect, some of the money that companies rushed to spend on payroll before the eight-week period expired might have been better spent on installing plexiglass barriers and other safety measures for reopening.

Still, despite the frustrations, Thieme would encourage organizations with a genuine need to consider the program.

The process — navigating complex rules in a time of crisis — has only deepened her relationships, Thieme said. “In the last six weeks, I’ve gotten some really heartfelt exchanges, and I think a lot of people have appreciated their accountants lately.”

Indeed, finance leaders will have much to balance in the months ahead. One-fifth of respondents to the AICPA survey said they had furloughed employees, and 18% said they had laid off employees.

The loan helped Life Link III keep all its helicopter bases open without layoffs or furloughs. The company has frozen capital expenditures and discretionary spending, but it had to spend more on personal protective equipment and disposable supplies. That could be the case for months to come.

“It may be simply that this [loan] brought us through the initial wave, and the next wave could be heavier,” Sannerud said. “We’re certainly breathing a little easier right now, but in some ways, once you catch your breath, you have to ask, ‘What’s going to happen?’” 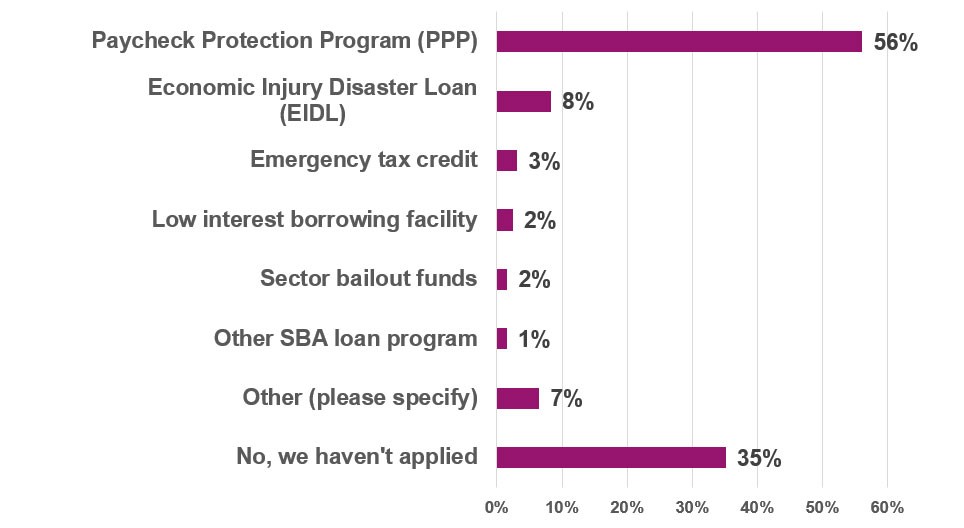 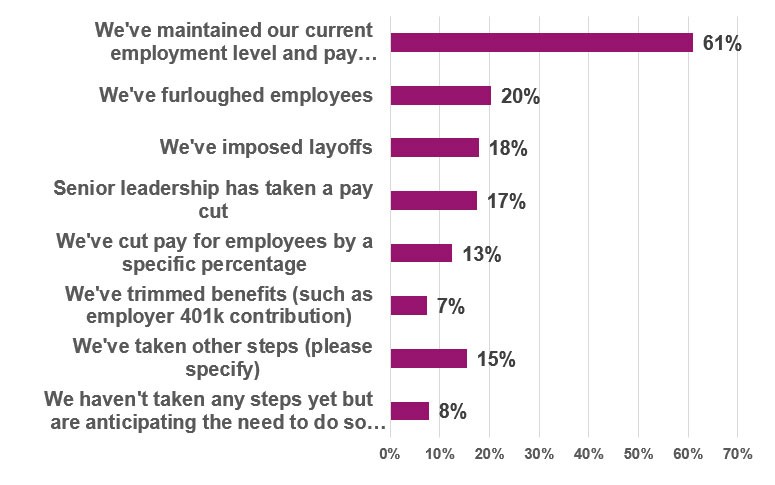 The AICPA’s Paycheck Protection Program resources page houses resources and tools produced by the AICPA to help address the economic impact of the coronavirus.

For more news and reporting on the coronavirus and how CPAs can handle challenges related to the outbreak, visit the JofA’s coronavirus resources page or subscribe to our email alerts for breaking PPP news.

— Andrew Kenney is a freelance writer based in Colorado. To comment on this article or to suggest an idea for another article, contact Neil Amato, a JofA senior editor, at Neil.Amato@aicpa-cima.com.