The number of companies across the world who issue some form of sustainability report continues to increase. However, even as organizations place more emphasis on improving reporting quality related to the environmental and social impact of their business activities, little is known about whether assurance for these reports improves the quality, and whether accounting firm assurers improve that quality to a greater extent than nonaccounting firm assurers.

“With investor attention on such information higher than ever, corporate sustainability reporting is ripe for the next phase of its evolution,” said a 2018 report posted on the Harvard Law School Forum on Corporate Governance and Financial Regulation.

This article provides a summary of insights on these issues based on an academic study we recently published in the Journal of Accounting and Public Policy (“Corporate Social Responsibility Assurance and Reporting Quality: Evidence From Restatements”).

According to the 2017 KPMG Survey of Corporate Responsibility Reporting, sustainability reports are issued by 93% of the world’s 250 largest companies (Global 250) and 75% of the 100 top revenue-generating companies (N100) in each of the 49 countries surveyed by KPMG. Of those who report, 67% of the Global 250 and 45% of the 4,900 N100 companies studied obtain some level of independent assurance for their sustainability reports. These figures demonstrate sizable growth in the sustainability assurance market since 2011, when KPMG’s survey showed that 46% of the world’s largest companies and 38% of the top 100 revenue-generating companies, obtained some independent sustainability assurance.

As examples of error restatements, in 2015, Givaudan corrected 2014 energy and carbon dioxide loads, one-off waste, groundwater usage, and sulfur dioxide emissions because of calculation and data inaccuracies. Interestingly, the company specifically attributes the identification of these errors to EY’s assurance work. As examples of non-error restatements, in 2018, Dell restated its 2016 Scope 3 emissions and 2017 hazardous waste generated due to improvements in calculation methodologies.

Summary of research methodology and results

Our sample contains 2,339 sustainability reports issued by companies in 42 countries included in the consecutive international surveys by KPMG of sustainability reporting that captured restatement information (2011 and 2013). Slightly more than 20% (472 reports) included restatements due to error or omissions (error restatements) or updated or improved methodology, definitions, scope, or unspecified reasons (non-error restatements). As shown in the chart, “CSR Restatements by Type,” error corrections account for approximately 25% [Error (12%) plus Error + Non-Error (13%)] of restatements, and pure non-error reasons account for 75% of the 472 restatements. Slightly more than 36% of reports (848 reports) were independently assured either by public accounting firms (530 reports; 62.5% of the assured reports) or other assurance providers (318 reports; 37.5% of the assured reports).

The data shows the following findings (see the table, “The Effect of CSR Assurance/Assurance Provider on CSR Restatements,” for more information):

Applying formal reporting standards is not a substitute for obtaining sustainability assurance in terms of enhancing reporting quality. The evolution of sustainability reporting has been driven in part by increased use of reporting standards, e.g., the 2017 KPMG study reports that 89% of the Global 250 and 74% of the top 100 in its 49-country survey have adopted some guidance or framework for their reporting. The Global Reporting Initiative’s (GRI’s) framework (i.e., the GRI Guidelines or the GRI Standards) is the most commonly used, according to the study. Two interesting results related to a company’s adoption of the GRI framework and the likelihood of sustainability report restatements are:

Obtaining assurance for sustainability reports enables clients to convey to stakeholders their commitment to developing trusting relationships with stakeholders. Given the level of distrust in the current business and political environment across many contexts, demonstrating to clients the benefits of enhancing stakeholder trust is likely a worthwhile pursuit for public accounting firms. Issuing sustainability reports with a commitment to reporting quality, including assurance provided by independent assurance experts, likely enhances client trust with key stakeholders. 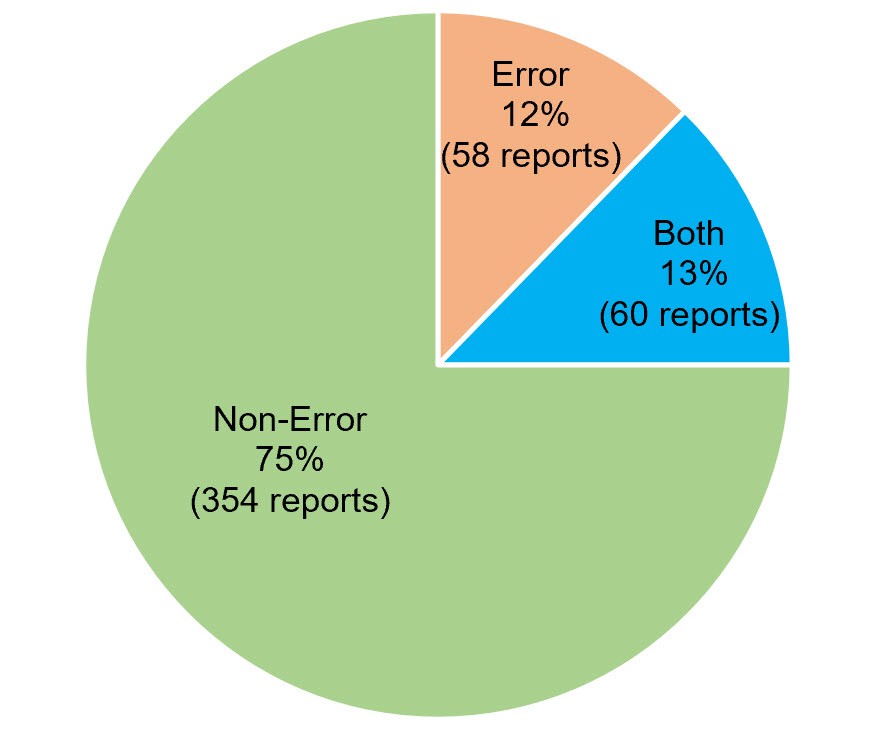 The effect of CSR assurance/assurance provider on CSR restatements

In this table, we use pure errors (i.e., CSR restatements due to error corrections only) as our proxy for Error to draw clearer inferences of the effects of CSR assurance, assurance providers, and GRI standards on different types of CSR restatements.

Please visit aicpa.org/sustainability for additional resources. These resources include a Sustainability Toolkit with extensive background information for CPAs looking to enter the sustainability assurance market.