What to expect from the IRS during the government shutdown

The federal government shut down at midnight Friday after the Senate failed to pass a continuing spending resolution that would have funded the government going forward. The House of Representatives had passed a bill, H.R. 195, on Thursday that would have funded the government through February 16. However, in the Senate, 60 votes were needed to invoke cloture on the bill, a procedural measure that would have allowed a vote on the bill itself to take place, and a vote taken just before the deadline fell well short of that number, with only 50 Senators voting in favor.

The shutdown started nine days before the Jan. 29 scheduled start of tax season, and it is unclear how tax season will be affected. During the last federal government shutdown, in 2013, the IRS continued to process e-filed tax returns and paper returns that contained remittances, but taxpayer services were suspended and refunds were not issued.

Unlike in 2013, the IRS this time did not issue a contingency plan before the government shut down. However, certain IRS activities should continue during the shutdown, as allowed by the Antideficiency Act, P.L. 97-258. These include activities funded with appropriations that do not expire at the end of the government’s fiscal year, functions that are authorized by statute to occur in advance of appropriations, and certain other activities that are required by duties imposed on the IRS. In 2013, the IRS said the latter category includes the design and printing of tax forms and the completing and testing of filing season programs.

Activities necessary for protection of life and property (including law enforcement activities) are also excepted from the shutdown. In 2013, the IRS included in this category processing of tax returns, protection of lien and seizure cases, maintaining building security and facilities personnel, and criminal law enforcement operations.

All nonexcepted functions will shut down, including IRS headquarters and administrative functions, audits and examinations, processing of paper returns that do not include remittances, legal counsel, and taxpayer services. The National Treasury Employees Union estimated last week that 87% of IRS employees will be furloughed by the shutdown (i.e., placed “in a temporary status without duties and pay because of lack of work or funds or other nondisciplinary reasons” (5 C.F.R. §752.402)).

The Tax Court announced that it will be open on Jan. 22 and will continue normal operations “for as long as funding permits." 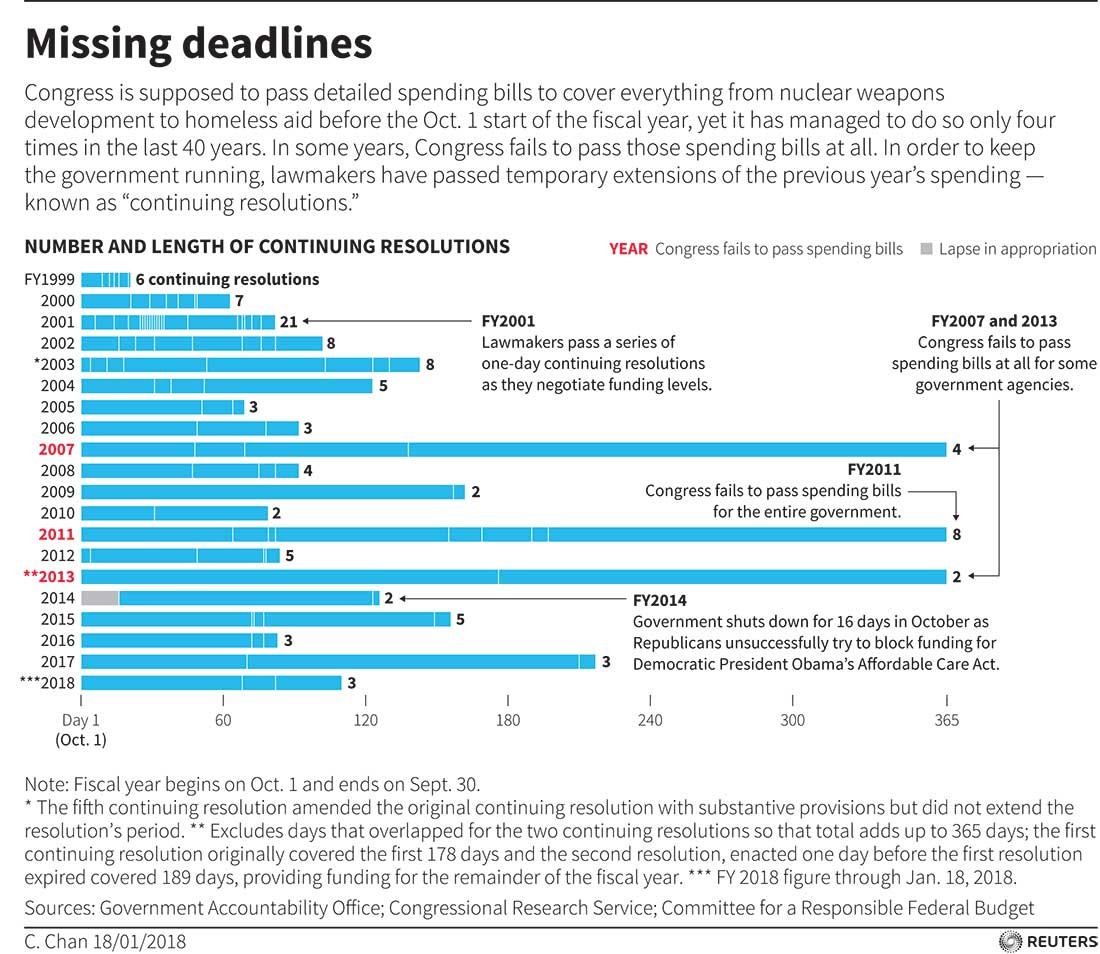