Doughtie to become first female CEO of KPMG in U.S. 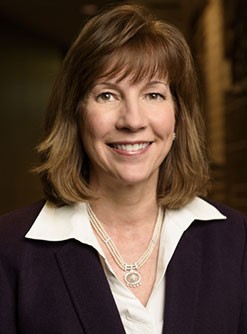 KPMG in the United States has elected Lynne Doughtie, CPA, as its next chairman and CEO, adding to the growing ranks of women in prominent leadership positions in the accounting profession.

Doughtie, 52, will serve a five-year term starting July 1, KPMG announced Tuesday. She is a 30-year KPMG veteran who has headed the firm’s advisory business since 2011.

“It is an honor to have the chance to lead KPMG at such a pivotal moment, when ensuring quality and confidence in the work we do have never been more important,” she said in a news release. “Our firm, our clients, and the entire marketplace are looking at a future of unprecedented change and extraordinary opportunity, where ‘business as usual’ is going to mean constant innovation and transformation.”

Other women in key leadership roles in the accounting profession include Olivia Kirtley, CPA, CGMA, the first female president of the International Federation of Accountants, and Tommye E. Barie, CPA, the fourth female chair of the AICPA.

“Lynne’s appointment is another huge milestone for the profession,” AICPA President and CEO Barry Melancon, CPA, CGMA, said in a statement. “In addition to her obvious professional and leadership accomplishments, her appointment is another indication of the tremendous opportunity in all aspects of our profession. During an era where we are reinforcing the fantastic career paths available to members of the CPA profession, there is no better indication of that truth than two of the Big Four firms’ having female CEOs.”

“Lynne Doughtie is an incredibly innovative, thoughtful, and inspiring leader, who has the exact qualities needed to lead our firm in a time of increasing complexity and change,” Veihmeyer said in a news release. “She has been a key member of our management team during a period in which we have built a strong culture within KPMG that promotes integrity, high performance, and diversity and inclusion, and I know Lynne will continue to champion these values.”

After joining KPMG’s audit practice in 1985, Doughtie served in national, regional, and global leadership roles in the firm. She is a member of the U.S. firm’s management committee as well as KPMG International’s global advisory leadership team.