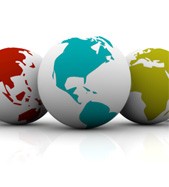 As the world continues to grow closer together, the role that accountants play in helping companies develop and manage new global business opportunities will increase.

This was a key theme of the AICPA’s International Business Conference held June 13–15 in New York City. Attended by more than 200 accounting and finance professionals, the conference provided detailed updates on a host of global business topics, including IFRS, international tax, risk management, corruption and fraud, transfer pricing and intellectual property. In addition, the conference featured two in-depth breakout sessions about how to do business in Brazil and China.

“In order to be competitive, many of today’s companies need to operate internationally,” said Kathryn Byrne, a partner with WeiserMazars LLP and chair of the conference’s steering committee. “To do that, they must answer questions such as: How do we operate, what type of structure do we set up, and what are the local customs and regulations?”

Kicking off the event with an update on the International Accounting Standards Board (IASB) and its efforts to promote IFRS adoption throughout the world was Tom Jones, professor of accounting at Pace University and former IASB vice chairman.

According to Deloitte’s IFRS by Jurisdiction, 123 jurisdictions currently permit or require the use of IFRS for domestic listed companies.

“They include just about every major country you could name­­­—China, Mexico, Chile, New Zealand, South Korea…along with 27 countries in Europe, Jones said.

It’s ironic, Jones added, that the country credited with starting the movement toward international reporting standards—the U.S.—“has been delaying adoption for 10 years” because of concerns over the quality and integrity of a non-U.S. GAAP system.

But, since IFRS has been in use for almost a decade with “no major explosions,” these issues “have been put to bed,” Jones said. “The acid test is that IFRS is working well in those countries that have fully implemented it.”

In recent years, as the IASB and FASB have worked together on standards convergence, the differences between IFRS and U.S. GAAP have become narrower, according to Jones. “The progress is quite impressive. There are a number of standards that are virtually identical or so similar that they’ll be able to put them together easily.”

At the same time, however, there “are areas of real disagreement, such as financial instruments,” that still need to be worked out if IFRS is to be adopted in the U.S, Jones said.

“At the end of the day, if the U.S. doesn’t resolve these differences and embrace IFRS, it’s not going to get the benefits,” Jones said. “And that will make the U.S. much less competitive in the global marketplace.”

Providing FASB’s view of the U.S. GAAP/IFRS convergence process was Suzanne Bielstein, director of planning and support. In her conference presentation, she outlined work being done to complete three priority convergence projects with the IASB in 2011—financial instruments, revenue recognition and leasing. “These are the areas we are really focused on completing,” she said.

A fourth major joint project, insurance, has a longer time horizon, she added.

“Convergence doesn’t mean we’re just trying to make these two sets of standards the same,” she said. “If that were the case, we would have just chosen IFRS or the world would have chosen U.S. GAAP. But nobody has done that. And the reason is that, in some cases, both sets of standards are far from perfect.”

The standards currently being worked on are not the ones with the most differences—they are the ones “most in need of repair,” Bielstein explained. “Our goal is to make them the same and better, with an emphasis on ‘better.’ ”

In addition to IFRS and accounting convergence, another hot topic at the conference was corruption and fraud. In one panel discussion, four experts addressed the Foreign Corrupt Practices Act, U.K. Bribery Act 2010 and other global antibribery laws.

The FCPA, enacted in the wake of Watergate in 1977 to prevent corruption of foreign government officials, has been more rigorously enforced in the past few years than at any time in its history, said Joseph Decilveo Jr.,  managing director of RSM McGladrey Inc.’s New York office and the panel’s moderator. In 2010, the U.S. government initiated 86 enforcement actions—58 by the Department of Justice and 28 by the SEC. Investigations included companies in the oil and gas, pharmaceuticals, medical devices and financial services industries.

The new U.K. Bribery Act, which takes effect July 1, has a broader scope than the FCPA. In addition to outlawing bribery of government officials, it covers corruption relating to business-to-business activities.

And because both laws’ reach extends to actions by third parties, companies need to have clear compliance policies and training programs in place to govern behavior.

“You have to know what your vendors, sales agents and distributors are doing,” Decilveo said. “And everybody must understand the rules under which you expect them to operate.”

An effective anticorruption program consists of four main elements, said panel member Laura Cortier, a director in the Risk Advisory Services practice of RSM McGladrey. They include: a commitment by leadership to foster a corporate culture that says corruption won’t be tolerated; policies and procedures that explain how business is to be conducted; training to ensure that employees and partners at all levels understand their responsibilities; and monitoring to identify and correct potential problems.

In another session at the conference, two experts from PricewaterhouseCoopers LLP discussed auditing for international fraud issues.

According to The Global Economic Crime Survey, which PwC released in November 2009, the three main types of business fraud currently are asset misappropriation, accounting fraud, and bribery and corruption. While each of these activities carries a cost in terms of lost dollars, the collateral damage in areas such as employee morale, business relationships and brand reputation also can be significant.

To avoid problems, companies must understand their risk landscape as well as their global footprint, advised Matt Shelhorse, a partner in PwC’s Forensic Services practice in New York.

The risk landscape involves the heightened exposure and risk a company incurs when it does business overseas. Areas to scrutinize for bad behavior include transactions with third parties and contractors, payments to offshore accounts, and interactions with politically connected individuals and government agencies, Shelhorse said. “Operating in a global environment creates a new set of challenges because of the many outside parties that may be working on your behalf.”

Assessing the global footprint involves taking stock of every location where a company has a presence overseas, as well as the functions that are performed there. One sensitive area that companies often overlook is data storage, said Matt Hameline, manager of PwC’s Forensic Technology Solutions practice in New York.

“If you are doing business with foreign partners, you need to know where your data is and how it is being used,” he cautioned.

Due Diligence in Emerging Markets

In a related conference session, Dan Nardello, founder of the investigative firm Nardello & Co., discussed how to conduct effective due diligence in emerging markets such as Latin America, Russia and Africa, where bribery and corruption are endemic.

“While the opportunities in emerging markets are substantial, so are the risks,” Nardello said.

For example, access to local resources may require facilitation payments. Business relationships may be sketchy. And conducting business may involve exposure to money laundering and terrorist financing activities.

“Due diligence is essential in emerging markets, where cultural differences and local business practices pose increased risks of violating U.S. and U.K. laws,” he said.

Conducting thorough investigations of potential business partners before entering into binding agreements can help companies avoid trouble, according to Nardello. “An investigation can ensure the integrity of overseas business operations, uncover fraudulent or corrupt behavior and lead to reinforcement or improvement of compliance and monitoring programs.”

In addition, such efforts may provide an opportunity to self-report a possible violation or provide a defense against future allegations.

Insights on the Global Economy

“Today’s environment is so intense,” said Evelyn Dilsaver, a board member with Aeropostale, Tempur-Pedic International, Blue Shield of California and HighMark Funds. “There’s a tendency to focus on short-term results rather than long-term growth, and that creates new pressures for management.”

Whether a company is considering an acquisition or assessing the risk associated with other types of opportunities or challenges, accountants’ work provides a framework for sound decision making, said Brian Stephens, global audit sector leader of KPMG’s Banking and Finance practice. “As the saying goes: ‘You can’t manage what you don’t measure.’ As companies go through this period of mergers, consolidations and upheavals, solid, well-grounded numbers give boards the insights they need to weather the storm.”

“How do you protect your assets in an environment where the ability of companies and governments to pay their bills is so uncertain?” Cosgrove asked. “How are receivables accounted for when this happens, and how do you do business going forward? We’re spending more and more time on these types of conversations.”