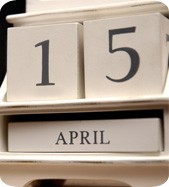 This is the one-stop shop for all the updates you need to know for this year’s tax filing season. Find resources from the JofA and The Tax Adviser, plus tax return checklists and tax savings tips from the AICPA, categorized by tax topic.

IRS Reports Average Refund Size Is Up in 2010
March 23, 2010
The IRS reported preliminary statistics for this tax season that show the average size of a refund has increased this year compared with last year. However, the total number of returns filed has decreased and e-filing is essentially flat.

IRS Web Lookup for Recovery Payments Coming Soon; Automated Phone Service Now Available
March 10, 2010
The IRS has established an automated telephone service to confirm whether taxpayers received an economic recovery payment in 2009. The Service also said on its Web site that it will provide a Web-based service, “Did I Receive a 2009 Economic Recovery Payment?” for looking up the information, starting March 23.

Deadline Fast Approaching to Deduct Haiti Donations on 2009 Returns
Feb. 24, 2010
Taxpayers have until midnight on Sunday, Feb. 28, to make cash contributions to charities providing earthquake relief in Haiti and deduct them on their 2009 tax returns. Contributions made after that date and before the end of 2010 can be deducted on 2010 returns.

IRS Updates Rules on Adequate Disclosure
Jan. 28, 2010
The IRS has updated its guidance on the rules governing when disclosure of an item or position on a tax return constitutes “adequate disclosure” for purposes of reducing an understatement of income tax or avoiding certain tax return preparer penalties.

IRS Designates Haiti Earthquake as "Qualified Disaster"
Jan. 22, 1010
The IRS designated the earthquake in Haiti as a “qualified disaster” for purposes of IRC § 139. As a result, victims of the earthquake who receive qualified disaster relief payments will be able to exclude those payments from income. The notice also allows employer-sponsored private foundations to assist their employees in areas affected by the earthquake without jeopardizing their tax-exempt status.

Senate Passes Haiti Assistance Income Tax Relief
Jan. 21, 2010
The Senate on Thursday passed by unanimous consent the Haiti Assistance Income Tax Relief Act (S. 2936). The Senate bill was identical to H.R. 4462, passed by the House on Wednesday. The legislation now goes to President Barack Obama for his signature; he is expected to sign it this week.

House Unanimously Passes Haiti Donation Bill
Jan. 20, 2010
Under the bill, taxpayers could deduct donations made in 2010 on their 2009 returns.

Tax Season Starts; IRS Releases Homebuyer Credit Form
Jan. 17, 2010
The IRS started accepting e-filed tax returns on Jan. 15, marking the official start of tax season. The IRS’ popular Free File program also started accepting returns on Friday. However, as usual, W-2 and 1099 forms are generally not due to taxpayers before Feb. 1, so many taxpayers will not be prepared to file before then.

Numerous Tax Provisions Expired at End of 2009
Jan. 1, 2010
The ringing in of the new year at midnight on Dec. 31 also signaled the expiration of several tax provisions. The biggest was the estate and generation-skipping tax regime, which is repealed for 2010.

Tax Season Kicks Off
January 2010
New and extended stimulus provisions come into play for the 2009 tax year filing season. Plus: A printable card with a handy collection of important numbers for individual returns to keep at your fingertips for tax season.

The Tax Adviser : An Overview of IRS Electronic Payment Options
December 2009
With the e-filing of tax returns becoming more and more prevalent, practitioners and their clients should also take advantage of other electronic services that the IRS has introduced in recent years.

The IRS has issued final 2009 versions of Forms 990 and 990-EZ, as well as their instructions. The IRS has also provided a detailed explanation of significant changes to the forms.

The Tax Adviser : Current Developments in Partners and Partnerships

IRS Plans to Require Disclosure of Uncertain Tax Positions
Jan. 26, 2010
The IRS announced Tuesday that it is considering making changes to how business taxpayers report uncertain tax positions. Specifically, the IRS said it is developing a schedule that certain businesses would be required to use to disclose uncertain tax positions on their returns annually. The IRS plans to implement this requirement for taxpayers with total assets in excess of $10 million.

The Tax Adviser : Significant Recent Corporate Tax Developments
January 2010
This article discusses selected developments in U.S. federal income taxation of corporations and consolidated groups during 2009. Not surprisingly, the arrival of a new administration was accompanied by the introduction of a variety of proposals for reform of the U.S. income tax system, with a principal focus for corporate taxpayers on the taxation of international activities.

IRS Issues 2010 Mileage Rates
Dec. 3, 2009
The IRS announced the standard mileage rates for computing deductible costs of operating an automobile that are paid or incurred on or after Jan. 1, 2010.

The IRS in Notice 2010-32 extended to tax years beginning in 2009 its interim guidance on deductibility of a “bundled” investment advisory commission or fee paid to a trustee or executor on behalf of a nongrantor trust or estate.

The IRS on Tuesday clarified for taxpayers that despite the provisions of IRC § 2511(c), the gift tax continues to apply to certain transfers to a wholly owned grantor trust.

The AICPA's Tom Ochsenschlager looks at the recent repeal of the estate tax and the new carryover basis rules and discusses the possibility that Congress will act to repeal the repeal.

In the Twilight of the EGTRRA: How to Adapt Your Clients' Estate Plans to Legislative Uncertainty in 2010

Jan. 28, 2010
As of Jan. 1, the federal estate and generation-skipping transfer taxes are no more. Unless Congress reinstates them sooner, they will remain repealed until Jan. 1, 2011, when they are scheduled to be kick in once again. While lawmakers have discussed bringing the estate tax back—and potentially making it retroactive to the beginning of the year, many questions remain. Against this backdrop, tax and estate advisers have to consider what to recommend to their clients.

Practitioner's Guide to Audit Reconsideration Requests
Feb. 11, 2010
In certain circumstances, the IRS can abate an assessment of tax and any applicable interest and/or penalties if the assessment is excessive, erroneously or illegally made, or made after the statute of limitation has expired. To take advantage of this, practitioners should know how to request audit reconsideration for their clients who meet the criteria.

Obtaining a Power of Attorney Through IRS E-Services
Feb. 4, 2010
E-services is a suite of Internet-based products that allows tax professionals to conduct client business with the IRS 24 hours a day, 7 days a week. Compared with mailing or faxing a Form 2848, Power of Attorney and Declaration of Representative, the e-services application is a much faster way for tax professionals to register their authority and represent a taxpayer before the IRS.

IRS Provides Guidance on Return Preparer Liability Under IRC Section 7216
Dec. 30, 2009
The IRS issued two revenue rulings that provide guidance to tax return preparers on situations in which they will not be liable for civil or criminal penalties under IRC § 7216 for disclosing or using tax return information.

IRS Issues Regulations on Disclosure of Tax Return Information
Dec. 30, 2009
The IRS issued temporary and proposed regulations under IRC § 7216 that increase the circumstances in which tax return preparers can disclose or use certain limited tax return information.

IRS Updates Method Thresholds for Vehicle Fringe Benefits
Jan. 19, 2010
The IRS has updated for 2010 the maximum allowable fair market value of an employer-provided vehicle for which the cents-per-mile and fleet-average rules may be used in determining the value of an employee’s personal use of the vehicle.

ADDITIONAL RESOURCES TO CHECK FOR ASSISTANCE

AICPA Tax Season Resources
The AICPA's annual Tax Saving Tips resources are available in the CPA Marketing Toolkit. The resources include a PDF brochure, speech and companion PowerPoint slides with notes for you to market your tax services and provide tax solutions to current and potential clients. New this year is a sample media advisory and advertisements to promote your services and expertise in your community.

Keep up to date through various additional resources for tax preparers: