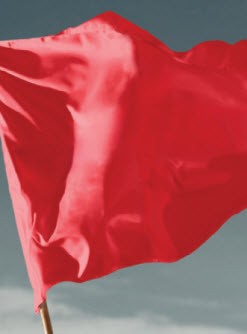 Did you know that, regardless of the service provided, CPAs face professional liability claims asserting that they failed to detect a theft or fraud at a client organization? Did you also know that even if a theft or fraud is below an auditor's or reviewer's materiality threshold, the CPA may still be blamed for not detecting it? The disconnect between a CPA's professional responsibilities related to fraud detection and the public's perception of those duties has annoyingly persisted.

To understand how a CPA can be perceived as responsible for detecting fraud in a client's organization, consider the following scenarios based on real-life claims:

Scenario 1: A CPA was engaged to provide tax planning and preparation services for a number of entities that were part of a family office. The family office employed a CFO charged with acting on behalf of the family members. The CPA met with the family members at the beginning of the relationship to discuss service needs and to get the engagement letter signed.

Over the course of the client relationship, the CPA interacted almost exclusively with the CFO. When the family office's bookkeeper resigned, the CPA assisted the CFO with various responsibilities, including bank reconciliations. It was subsequently discovered that the CFO had been systematically defrauding the family office for decades and had misappropriated nearly $10 million through excessive compensation, using a company credit card and wire transfers to secret accounts he controlled to pay for luxury vacations for his family, tuition for his children, and lavish artwork.

Defending the claim was difficult. While there was an engagement letter in place, the CPA indicated that it was intentionally broad in scope, as the "client needed flexibility and did not wish to be bothered by the details." The engagement letter also did not address any limitations of the firm's services, such as the failure to detect theft and fraud, and since the engagement letter was perpetual, the statute of limitation was not available as a defense. The CPA's involvement with bookkeeping for the family office entities also proved detrimental. The client argued that the CPA had access to credit card and bank statements and should have noticed the CFO's unusual charges and brought them to the family's attention. The client also indicated that the CPA should have advised them of the risk of fraud when the bookkeeper resigned, making segregation of duties impossible. Finally, since the CPA had developed a tight relationship with the CFO and had been the unknowing recipient of a few of the CFO's unauthorized "perks," the client alleged that the CPA's objectivity was impaired.

Scenario 2: A CPA firm provided audit and tax return preparation services for a textile company for a number of years but eventually terminated services as the firm outgrew the client. Subsequent to the end of the professional relationship, the client discovered that one of its employees had misappropriated over $1 million, directing those funds to another business owned by the employee. While the majority of the funds had been misappropriated after the CPA firm had ceased providing services, the client asserted that had the CPA firm pointed out certain red flags that were allegedly evident during the performance of the CPA firm's services, the fraud would have been detected earlier, thus lessening the damage. The client brought a $2 million suit against the firm: $1 million for misappropriated funds and an additional $1 million in lost value of the client's business, allegedly due to the misappropriated funds. The total claimed damages were well above the CPA firm's policy limit.

In defense of the claim, the CPA firm pointed to its engagement letter provisions describing its responsibilities, and limitations thereof, related to theft and fraud detection. The firm also noted that the embezzled amount in any given year was below the materiality threshold for the respective period. However, the expert hired by the defense noted there was room for improvement in the firm's workpapers related to accounts payable transactions. In addition, it appeared that the firm did not point out the client's lack of access and oversight controls in a written communication to the client.

CPAs may believe that longtime clients would never assert such a claim against them. However, a congenial working relationship can take an abrupt turn when fraud is discovered. When clients lose money, they often look for someone to blame.

CPAs can use several techniques to help protect themselves against risk exposures related to failure to detect theft and fraud.

Not just an audit concern

The portion of claims asserted in 2021 against CPA firms in the AICPA Professional Liability Insurance Program that alleged the firm failed to detect theft or fraud that arose from the following services:

Sarah Beckett Ference, CPA, is a risk control director at CNA. For more information about this article, contact specialtyriskcontrol@cna.com.

This article provides information, rather than advice or opinion. It is accurate to the best of the author’s knowledge as of the article date. This article should not be viewed as a substitute for recommendations of a retained professional. Such consultation is recommended in applying this material in any particular factual situations.

Examples are for illustrative purposes only and not intended to establish any standards of care, serve as legal advice, intended to constitute a contract, or acknowledge any given factual situation is covered under any CNA insurance policy. The relevant insurance policy provides actual terms, coverages, amounts, conditions, and exclusions for an insured. All products and services may not be available in all states and may be subject to change without notice.