How one firm gets succession right

Starting early and choosing the right people are the keys to a smooth transition.

REDW is a top 200 firm with more than 200 employees in three offices in the Southwest. Over the past three years, 13 of its departments, internal service areas, and industry groups have transitioned to next-generation leaders. In each of the past five years, the firm has grown in revenue and profitability. Its succession story provides best practices for firms with partner retirements on the near horizon.

About 10 years ago, REDW was "being courted by other firms wanting to buy our practice," said Carol Cochran, CPA/PFS, a principal who has been with the firm for 29 years. "We made a decision that rather than selling, what we'd rather do is transition the practice to the next generation of leaders. We wanted to have a hand in charting the destiny of the firm."

To do that, Cochran said, "we needed a way of compensating the owners of the firm for what they built up over time." The firm implemented a defined contribution arrangement, under which partners must create a transition plan that covers the last two to three years they will work with the firm. If they do not meet the objectives in the plan, the amount of their future deferred compensation is affected.

The plan "recognizes the value of what partners have created and gives them a major incentive to transition," Cochran said, as it "really links the actions that you want the retiring partners to take to the deferred compensation that they receive." 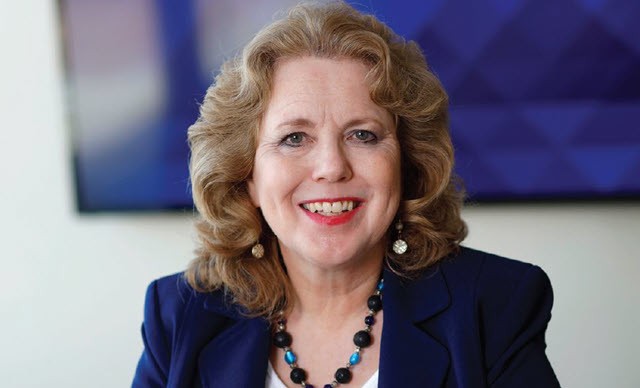 Five years ago, firm leaders decided to begin the transition of all groups and service lines to new leaders, most of whom were in their 40s and 50s. This was a necessary step, said Steve Cogan, CPA, managing principal, because many of the leaders at that time were contemplating retirement and the firm wanted to handle their departures in an organized fashion. The change in leadership would also help the firm adapt to changes in the profession, Cochran said, and bring in fresh ideas and new ways of thinking. The majority of the new leaders were promoted from within, but some came to the firm through strategic mergers, and others were hired from outside.

Departing leaders have generally been accepting of the plan, Cogan said, because "they have a passion for their team members and their clients. I think they know if they don't participate in that transition, it's not going to help them see the continuation of something they built."

Leaders who are stepping down are able to determine what their future with the firm will look like — the type of work they will perform, hours they will work, the roles they will play, and their compensation. They have great flexibility as to their next steps, Cogan said. "We ask them, 'What do you love to do most?'" he said.

While some leaders opt to retire completely, most continue to work for the firm either full time or part time. They serve clients, act as coaches and mentors, and do business development. They also serve as resources for their successors. "When I'm making tough decisions or I have to communicate something hard to one of my peers or a team member, I'll still run it by Jimmy [James Trujillo, CPA, the former tax department head] just because it helps me frame the conversation," said Christina Roderick, CPA, CGMA, principal, who became head of REDW's tax practice in 2020.

Cochran chose to continue to work for the firm part time, a decision that has allowed her to focus more on some of her preferred tasks. "I'm doing some great consulting projects through REDW that are very interesting to me, and providing high-level reviews on compensation studies," she said. "I'm sometimes asked to be an expert witness, which is fun." She went from working 50—60 hours a week to 20—30 and now has time for projects she had put off, such as training for triathlons and teaching accounting in an executive MBA program.

Partners preparing to leave the firm or take on reduced roles negotiate their compensation arrangements. Cochran did so before she began working part time two years ago.

"When I sold my stock back to the firm, I was no longer taking the risk of being an owner. I felt I shouldn't be paid as an owner any more," she said. "I'm now paid as an income principal." Under the arrangement she negotiated, she is compensated for every hour she works, plus a percentage of billed revenues and an incentive for business development.

"I'm certainly earning less than I would if I were a member [of the ownership group]," she said. "But it's worth it to me to earn less money, to leave some on the table so that we have the ability to compensate people who were willing to take on major leadership roles and grow our team."

How the transition worked for REDW's tax department

Roderick's experience taking over as tax department leader illustrates how a successful handover can take place. REDW's tax department was headed by partners Trujillo, head of the Albuquerque office, and Sandra Abalos, CPA, CGMA, head of the Phoenix office. In late 2019, they began preparing Roderick to take over in Phoenix and Michael Chelius, CPA/PFS, in Albuquerque, training them on budgeting, key business indicators, and other key aspects of their jobs.

As the group gained offices in other locations and took on more remote workers, the partners realized that the department was large enough to require a single head, plus office leads. They tapped Roderick, who was already a member of the firm's board, to be the department lead.

"We talked very openly as a principal group" about who should be the lead, she said. "I had a clear vision of what I would do on day one, and what I thought we should do over the next three to five years. The principals were very supportive of my becoming department head because I could paint that picture and show what that would look like for us."

Trujillo's support and the message he sent to staff made the transition go smoothly, Roderick said. "Jimmy did a great job not only embracing the change but really communicating to the team why it was occurring and why he thought I was the right person. He also wanted the team to understand that nothing was being taken from him, that this was something he wanted to do," she said.

Roderick's plan is to shift the tax department to doing 70% advisory work and 30% compliance work over the next three to five years. To that end, she's focused on developing staff and investing in CPE platforms. She has implemented such changes as weekly drop-in labs where junior staff can ask tax questions of managers and seniors. "It's a great forum for our team to meet and get answers," she said. "We've already seen huge payoffs in terms of enhancing their skills."

Advice for an easier transition

Don't wait too long to start thinking about succession, Cogan said. "The longer you wait, the harder it is to do," he said. "People do need to retire. Don't wait for the inevitable." An upside of starting your transition plan far in advance, he said, is being able to arrange for the former leaders to support and coach the new ones. "If we had waited longer, that wouldn't have been possible," he said.

Look outside the firm if necessary 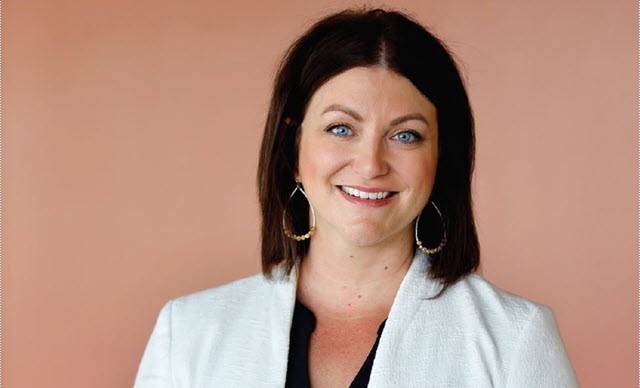 There may be times, Cochran said, when no one on your staff is a good fit for the leadership position you need to fill. "It really takes a special person to want to lead a practice area, especially where every year you have to bring in close to 100% of your revenue," Cochran said. "They have to be very entrepreneurial. If you don't have [that type of person] internally, don't be afraid to look externally."

Have departing leaders show support for their successors

To help staff view Heyns-Bousliman as the leader of the HR area, Cochran was sure to be vocal in her support of her. "I tried to be pretty direct with other folks about making sure that they understand that she's my boss," Cochran said. She also purposefully ceded control over major decisions to Heyns-Bousliman. "Even though I built the department, I do report to her. If she wants to go in a different direction than I do, I let her know what my thoughts are," she said. "Then, once she makes the decision, I back off and just support her 100%."

Roderick said that Trujillo similarly supported her. "I'm probably more Type A than he is," Roderick said. "I'm more 'push, push, push, let's move things forward.' And he was great at communicating to our tax team and to the other principals that my style was different and that it was something that should be embraced." Trujillo was modest enough to say, "'It's likely the leadership style we need today to help us become a high-performing top 100 firm,'" Roderick recalled.

Humility makes for a smoother transition

Leaders need to be willing to move on, Cochran said. "The big issue that you typically have is that folks really don't want to relinquish control," she said. "I think you have to humble yourself and take the standpoint of saying, 'No longer am I going to be calling the shots.' That's a hard thing to do." But during a transition, she said, "it's not about you anymore. It's all about the firm, and it's all about helping the people who are coming behind you be successful."

Putting the firm's needs first is something that can make succession run smoothly. "I'm so appreciative of the legacy of our alumni team and principals," Cogan said. "They really built something that's amazing, and we're indebted to them. It's really a gift they've given to our team and our clients, leaving behind a firm like we have."

Courtney L. Vien is a JofA senior editor. To comment on this article or to suggest an idea for another article, contact her at Courtney.Vien@aicpa-cima.com or 919-402-4125.