States’ rolling conformity to the Code and CARES Act 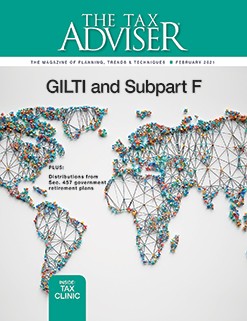 A state's conformity to the Internal Revenue Code (IRC) is an important policy choice that affects state corporate income tax regimes using a measure of income determined by the IRC, such as federal taxable income, as the starting point for state taxable income computations. Due to the significant changes to the Code enacted by the law known as the Tax Cuts and Jobs Act (TCJA), P.L. 115-97, in 2017 and the Coronavirus Aid, Relief, and Economic Security (CARES) Act, P.L. 116-136, in 2020, the version of the IRC that is adopted by states has become increasingly important in recent years.

The state-specific impact of the federal tax legislation depends largely on how each state conforms to and incorporates changes to the IRC. States generally follow one of three approaches to IRC conformity. "Rolling" conformity states automatically tie to the IRC as changes are adopted. In contrast, "static" or "fixed date" conformity states adopt the IRC as of a specific date and must decide whether to update their conformity through subsequent legislation. Finally, "selective" conformity states selectively conform to certain IRC provisions and decouple from others. The rolling conformity approach may seem fairly easy to follow, but it is sometimes difficult to apply in certain states in practice, with potentially counterintuitive results.

Further analysis must be undertaken in some rolling conformity states, such as Colorado, Maryland, and Oregon, to determine whether and to what extent specific CARES Act provisions are in fact adopted on a rolling basis.

In Colorado, a recently adopted Department of Revenue regulation stating that IRC amendments are effective only on a prospective basis appears to conflict with the language of the state's conformity statute, which seemingly incorporates changes to the IRC as immediately effective, regardless of when enacted.

The application of Maryland's delayed rolling conformity to the IRC may be explained by recent guidance released on the state's conformity to various provisions of the CARES Act. As required under Maryland law, the Office of the Comptroller issued a report concluding that each of the key provisions of the CARES Act — including the business interest expense deduction and NOL provisions — would have a revenue impact of greater than $5 million in each of the tax years affected by the legislation: 2018, 2019, and 2020. However, the Maryland conformity statute permits decoupling from federal changes only for purposes of calculating Maryland taxable income for the year in which the amendment is enacted. As such, the comptroller concluded that Maryland would automatically decouple from the major CARES Act provisions as applied to the 2020 tax year (Comptroller of Maryland, Tax Alert 07-24 (July 24, 2020)).

Finally, Oregon automatically conforms to the provisions of the IRC that relate to the definition of Oregon taxable income. Because many CARES Act provisions directly affect taxable income by decreasing federal deductions, Oregon automatically conforms to these provisions, including the business interest expense limitation provision and the portion of the law allowing taxpayers to carry back NOLs from 2018, 2019, and 2020 for five years (though Oregon generally decouples from the federal treatment of NOLs for corporate income tax purposes). While changes to federal deductions and exemptions often directly reduce Oregon taxable income, changes to federal income tax rates and credits are not part of the definition of taxable income. Therefore, Oregon will not automatically connect to those federal changes.

The Colorado, Maryland, and Oregon reactions to the enactment of the CARES Act show that rolling conformity to the IRC may not always be as clear-cut as one would expect. In determining whether a state automatically adopts amendments to the IRC as they are enacted, taxpayers should not take all rolling conformity states for granted.

For a detailed discussion of the issues in this area, see "Tax Clinic: Difficulties of Applying IRC Rolling Conformity in Some States," in the February 2021 issue of The Tax Adviser.