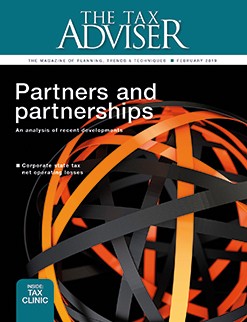 One of those changes was eliminating the "original use" requirement, so that taxpayers can now claim bonus depreciation on used property that they acquire (Sec. 168(k)(2)(E)(ii)). The proposed regulations provide new rules and definitions for applying bonus depreciation to such acquisitions of used property. Such property may not have been used previously by the taxpayer (or its predecessor) and cannot be acquired from a related party or in certain tax-free transactions. There is a special rule for members of a consolidated group.

Most importantly, the proposed regulations define previous use as having a "depreciable interest in the property at any time prior to such acquisition." That rule applies whether or not the taxpayer actually claimed deductions for depreciation. As written, the definition is very broad, and the proposed regulations provide some helpful examples for applying this test.

Another example provides that if a lessee acquires the property it is leasing, the additional basis acquired in the property (over the lessee's own improvements to the property) may be eligible for bonus depreciation.

While the proposed regulations clarify the used property acquisition requirements, they create several new burdens and questions for taxpayers to consider. The rule appears to require tracking of every asset ever owned by the taxpayer or its predecessor from prior to the TCJA until such time as bonus depreciation is phased out or the used property rules are changed. This tracking will be burdensome to large and small taxpayers alike. It may raise questions such as the following:

For a detailed discussion of the issues in this area, see "Tax Clinic: Proposed Bonus Depreciation Regs. Provide Answers, Create New Questions" in the February 2019 issue of The Tax Adviser.

AICPA members can subscribe to The Tax Adviser for a discounted price of $85 per year. Tax Section membership includes a one-year subscription to the The Tax Adviser.