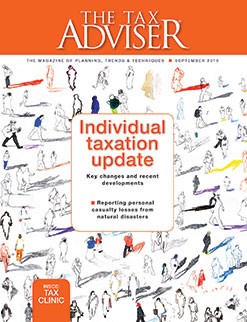 Under the Sec. 183 hobby loss rules, the deductible expenses of a hobby are limited to the amount of income the hobby generates. To avoid this limitation and be considered a business, an activity must be engaged in for profit. Three recent tax court cases illustrate how difficult it can be for taxpayers to establish that they had a profit motive in their activity.

In Williams, T.C. Memo. 2018-48, after applying the nine-factor test in Regs. Sec. 1.183-2, the Tax Court held that a taxpayer had failed to prove that his consistently unprofitable ranching activity was engaged in for a profit. From 2000 to 2015, the taxpayer failed to report a net profit from the Schedule F activity. During this time, he reported an overall net loss of $1.7 million from the ranching activity, while reporting income from non-Schedule F activity, mainly from writing associated with his chiropractic degree and bachelor's degree in biochemistry, totaling $3 million.

Points the court cited as favoring the taxpayer included that the taxpayer made changes to the overall ranching activity three times due to a lack of profit; had been involved in agriculture since he was in middle school and had obtained a degree in agricultural economics; and employed 25 employees relating to his ranching activity who had the experience necessary to conduct the ranching activities, including a ranch manager who has been associated with ranching his entire professional career. In addition, although he spent four days per week on other nonranching endeavors, the taxpayer was still in daily contact with the ranch manager.

In Ford, T.C. Memo. 2018-8, the taxpayer, a former country music artist, purchased a club primarily for country music writers to have up-and-coming artists perform their songs. The expenses of running the club consistently exceeded the revenue from admission. The Tax Court held that running the club was not an activity engaged in for profit because the taxpayer did not have the intent to make a profit from the club. The court found that the taxpayer "had no expertise in club ownership, maintained inadequate records, disregarded expert business advice, nonchalantly accepted [the club's] perpetual losses, and made no attempt to reduce expenses, increase revenue, or improve [the club's] overall performance" and that the taxpayer was "primarily motivated" by the personal pleasure she received from owning a performance venue.

For a detailed discussion of the issues in this area, see "Recent Developments in Individual Taxation" in the September 2018 issue of The Tax Adviser.

Also in the September issue: