Technology may push firms beyond the billable hour

By Ken Tysiac and Jeff Drew 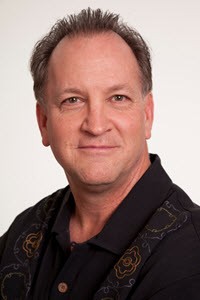 As technological innovation becomes increasingly important in the services that accounting firms provide clients, it will be essential for firms to find a way to profit from their technology investments.

Profiting from technology has been a challenge for CPA firms for many years, according to Bill Reeb, CPA/CITP, CGMA, a consultant who is CEO of the Succession Institute and is vice chair of the AICPA. Reeb said firms have to start embracing billing methodologies that factor in the high cost of technology investment required for the delivery of their services. This is not a conundrum firms can simply ignore. Clients already expect firms to employ advanced, and often expensive, technologies to complete work more quickly.

The CPA profession has traditionally driven its billings based on a markup on human capital. But Reeb said that as more technology is required and higher investments are necessary, a firm's technology investment often is simply treated like a sunk overhead cost because the predominant billing methodology is still trying to leverage the human capital model. He said firms that make heavy investments in technology are often punishing themselves through their traditional thinking about billing.

"Our pricing model doesn't recognize that some of the money we historically would have invested in personnel, which we would have profited by through labor markup, is now being invested in technology, which we are at worst including as sunk cost and at best just trying to recover rather than allowing that investment to continue to generate additional profits," Reeb said.

Value pricing, or as Reeb calls it, project pricing, gives firms a way to profit from the services they provide rather than the hours billed by their people. Some firms have been wary of moving away from a pricing system based on billable hours, a staple of the profession for many years. But the desire to profit from substantial technology investments that help firms provide mutually rewarding service to customers may drive movement toward a different method of pricing, such as value pricing.