The growing trend of soda taxes 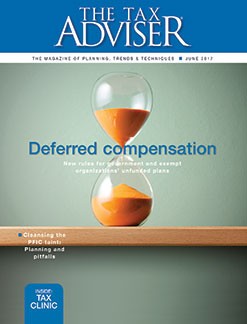 One hot trend in the state and local tax arena is the enactment of special excise taxes on soda and other sweetened beverages. Those taxes have recently been enacted in four California localities; Boulder, Colo.; Cook County, Ill.; Philadelphia; and the Navajo Nation. (The trend is actually worldwide: Portugal recently enacted such a tax.) However, a variety of state soda taxes are already on the books. The older soda taxes were enacted at various times but generally go back two decades or more. They differ by type, base, exemptions, collection and remittance obligations, and purpose. The older taxes exist primarily in the southeastern United States and are imposed at the state level.

While the older soda taxes are generally imposed to collect revenue and finance specific projects or programs, the newer sweetened beverage taxes are primarily aimed at altering consumer behavior. For example, the West Virginia soda tax (enacted in 1950) provides revenue for a state medical school while the Arkansas tax is dedicated to Medicaid funding. The Virginia and Tennessee taxes both fund state litter and recycling programs. The newer taxes, on the other hand, commonly have a stated goal of reducing consumption of sweetened beverages. For example, all four California municipal soda tax ordinances have the stated intent of discouraging the consumption of sugar-sweetened beverages.

The most significant differences between the older and newer taxes involve their structure and administration. The older soda taxes (with the exception of West Virginia's and Washington state's) take the form of a license or gross-receipts tax aimed at taxing the business process generally. For example, Alabama imposes a license tax, while Tennessee and Virginia impose a gross-receipts tax. By contrast, the newer taxes generally take the form of an excise tax based on the amount of sweetened beverage product sold in the jurisdiction. Of the newer taxes, all but the Navajo Nation tax are imposed on a volumetric basis, i.e., per fluid ounce of product.

The older soda taxes cast their net broadly by using an expansive definition of "soft drinks," often failing to exclude products that do not contain sugar or other sweeteners. For example, the Tennessee definition specifically includes soda water. Given that the Tennessee tax funds a litter prevention program, including even unsweetened bottled beverages seems appropriate. The Arkansas tax base includes bottled coffee or tea, regardless of sugar content.

By contrast, the newer taxes are more narrowly focused to reduce the consumption of sweetened beverages. They tend to define the tax base with reference specifically to the caloric content of the beverage. For example, Boulder imposes its tax only on beverages that contain at least five grams of caloric sweetener per 12 fluid ounces. Berkeley's tax applies to beverages that contain at least two calories per fluid ounce. Cook County and Philadelphia are exceptions to this general rule. Both jurisdictions specifically tax beverages that use noncaloric sugar substitutes ("non-caloric sweeteners" in Cook County and "artificial sugar substitutes" in Philadelphia).

It seems likely that the recent wave of soda taxes is not over. Although these newest taxes share many characteristics, they can be more complicated than initially expected. Further, it is important to keep the predecessors to these newest taxes in mind because they are still on the books and are varied in structure.

For a detailed discussion of the issues in this area, see "Tax Clinic: Soda Taxes: Old and New," in the June 2017 issue of The Tax Adviser.

Also in the June issue: