Rules would clarify the types of arrangements that may be currently taxable even while payments are deferred. 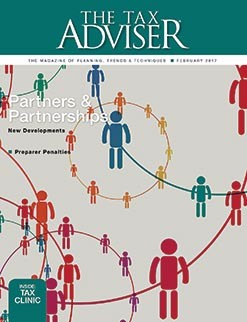 A Sec. 457(f) plan is a deferred compensation plan sponsored by a state or local government or by a tax-exempt entity. The rules regarding Sec. 457(f) plans receive a great deal of attention because the benefits an employee has in such a plan are subject to income tax upon vesting, even if the payment of the benefits is deferred to a later date. The fact that benefits are subject to income tax upon vesting is usually viewed as unfavorable. Employers and employees that do not realize they have a Sec. 457(f) plan, or do not realize that the amounts have become vested and are therefore currently taxable, can be in for a shock and can be liable for interest and penalties for not paying taxes on time.

The proposed regulations define deferred compensation as an arrangement under which "the participant has a legally binding right during a calendar year to compensation that, pursuant to the terms of the plan, is or may be payable to (or on behalf of) the participant in a later calendar year." Many types of arrangements fall within this definition, but not all of them are Sec. 457(f) plans.

Exempt arrangements include qualified retirement plans such as defined benefit and Sec. 401(k) plans. Exempt arrangements also include Sec. 403(b) plans and Sec. 457(b) plans. These plans are easy to identify because a written plan document states the type of plan. These plans can also be identified by specific characteristics. For example, a Sec. 457(b) plan imposes an annual contribution limit for 2017 of $18,000, plus a catch-up contribution of $6,000 for governmental employees who are age 50 or older. Sec. 457(f) plans, in contrast, have no contribution limits or distribution restrictions.

For a detailed discussion of the issues in this area, see "Tax Clinic: Proposed Regulations Provide Helpful Guidance for Sec. 457(f) Plans," by G. Edgar Adkins Jr., CPA, and Jeffrey A. Martin, CPA, in the February 2017 issue of The Tax Adviser.