Sound devices make the most noise in our annual guide to technology treasures.

Another holiday season is in high gear, and CPAs of all ages are turning their thoughts to family, food, festivities, and what kind of high-tech gear they might get as gifts this year.

In what has become an annual tradition, the JofA technology gift guide is here to help you find the perfect present for that tech-savvy CPA in your life. This year's guide was put together the new-fashioned way: crowdsourcing. Some of the top tech-oriented professionals in the accounting space shared the technology products on their radar this holiday season. Here's a guide to their selections. 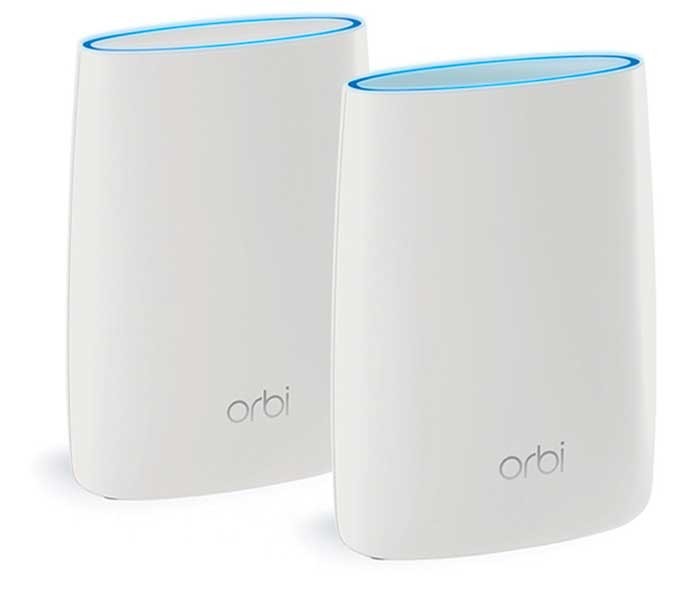 Netgear Orbi Home WiFi System (RBK50) (netgear.com/orbi/systems.aspx): As CPAs do more work wirelessly, the necessity for high-speed connectivity is increasingly essential. Unfortunately, even if you sign up for the fastest broadband service available, you won't be able to access all of that speed if your Wi-Fi system can't keep pace.

That's why David Cieslak, CPA/CITP, a principal with Arxis Technology Inc., and a popular technology speaker, has been touting the Netgear Orbi (RBK50) during his Inspector Gadget presentations at accounting conferences. The Netgear Orbi (RBK50) features tri-band AC3000 Wi-Fi that creates a dedicated wireless connection between the Orbi router and satellite devices, creating a "mesh network." Mesh networking allows the Orbi system (base package includes a router and one satellite, capable of covering 5,000 square feet) to blanket wide areas with full-strength, high-speed connectivity—even at the farthest end points. Users can expand the coverage area by purchasing additional satellites; units automatically recognize and display a prompt to join an existing mesh network.

The Orbi app on iOS and Android devices allows users to install and personalize the Wi-Fi system. In addition, the Orbi integrates with the Amazon Echo/Alexa, allowing users to control it with voice commands. The Orbi also provides a single Wi-Fi network (SSID) name for the entire Wi-Fi network, which often isn't possible when covering large areas.

If you travel frequently or even just have a long commute, it's always a good idea to have power supplies available for your computer and other devices. As Byron Patrick, CPA/CITP, managing director of CPA practices for Network Alliance, likes to say, "You can never have enough juice."

"It has lots of capacity and is not as heavy as you might expect," said Patrick, who also is a big fan of the digital display that shows how much charge the battery has remaining. When the battery is drained, it takes only three hours to fully recharge it with the NexGadget Home Charger, which is included with a purchase of the NexGadget battery.

For the second straight year, headphones are hot items in the holiday gift guide. Three devices are outlined below, and those don't include one of the top items from last year's list, the Bragi Dash, which remains a much-praised product among the experts contacted this year.

Apple AirPods (apple.com/airpods): Apple describes its AirPods wireless headphones as wireless, effortless, and magical. While magical might be a bit over the top, the AirPods do some really cool tricks. Once they are set up, which is only a one-step process, the AirPods automatically turn on and connect to your iPhone, iPad, Mac, or Apple Watch. How do the AirPods know when to turn on? They can sense when they are in a user's ears, and they pause when taken out of the ears. A simple double-tap to either AirPod activates Siri, allowing you to ask the personal assistant questions ("Siri, why are CPAs so good looking?") or issue commands ("Please call the AICPA") without having to touch your iPhone.

"The best tech item I have bought in a long while is my Apple AirPods," said Lisa Traina, CPA/CITP, CGMA, a partner with Traina & Associates, a CapinCrouse company, and a top cybersecurity expert in the accounting profession. "I love the fact that I don't spend the first 30 seconds of a call untangling my wired earphones (that somehow get tangled just sitting on the desk). The AirPods are lightweight so you don't even feel them in your ears and can just wear them all day. They automatically connect, hold a charge for a long time, recharge in the tiny carrying case, and have a great, clear sound quality." 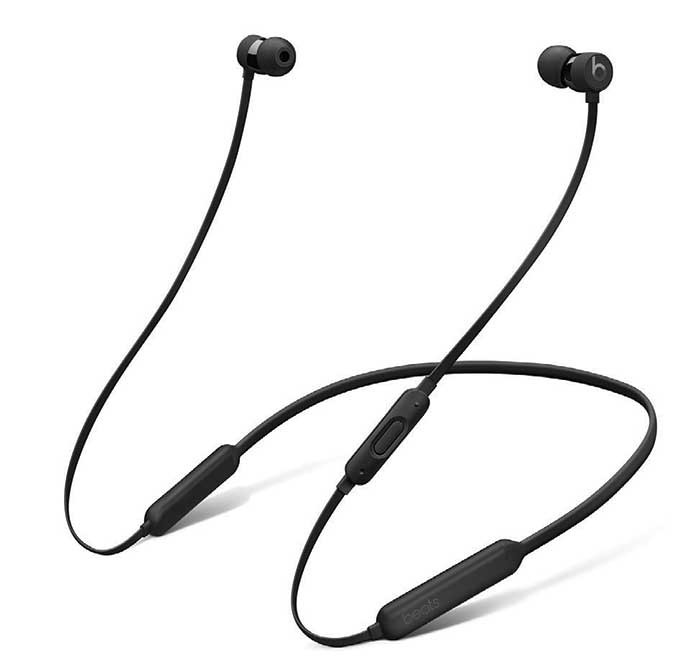 BeatsX wireless headphones (beatsbydre.com/beatsx): If the BeatsX wireless headphones are any indication, Apple made a more than sound investment when it bought Beats Electronics in 2014. Marc Staut, a principal with Boomer Consulting, picked up the BeatsX earlier this year because, while the Apple AirPods headphones are "fantastic," they didn't fit his ears. He has no such problems with the BeatsX. What makes the BeatsX special, Staut said, is the device's W1 Bluetooth chip, the same one used in the Apple AirPods. The W1 has an excellent signal, connects easily to any computer, and maintains that strong Bluetooth connection even if you wander away from the computer.

Another plus with the BeatsX headphones is the device's fast charging capabilities, Staut said. If you charge the headphones for five minutes, you will enjoy 45 minutes of use.

The major drawback with the BeatsX is that it has a cord that goes around the user's neck and is a little stiff. For that reason, Staut avoids the BeatsX when exercising, but he uses the headphones for just about everything else. 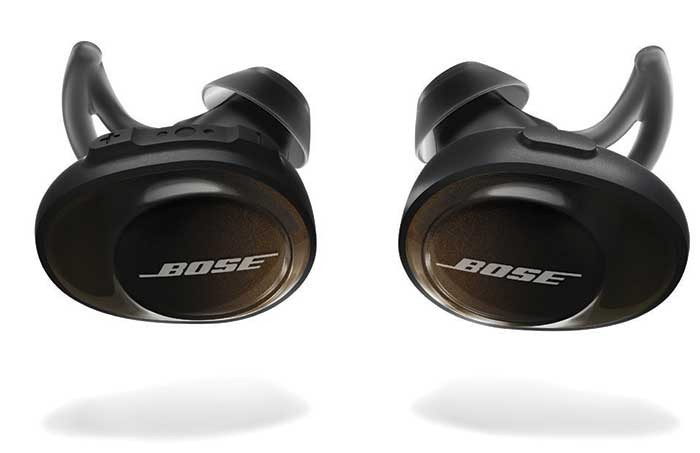 Bose SoundSport Free wireless headphones (bose.com): Cieslak's contribution to this category is a pair of Bluetooth-connected wireless earbuds that offer five-hour battery life, IPX4 water resistance, and audio-optimization technology. The device was set to ship for the first time in mid-October and was not available for full review as of this writing. 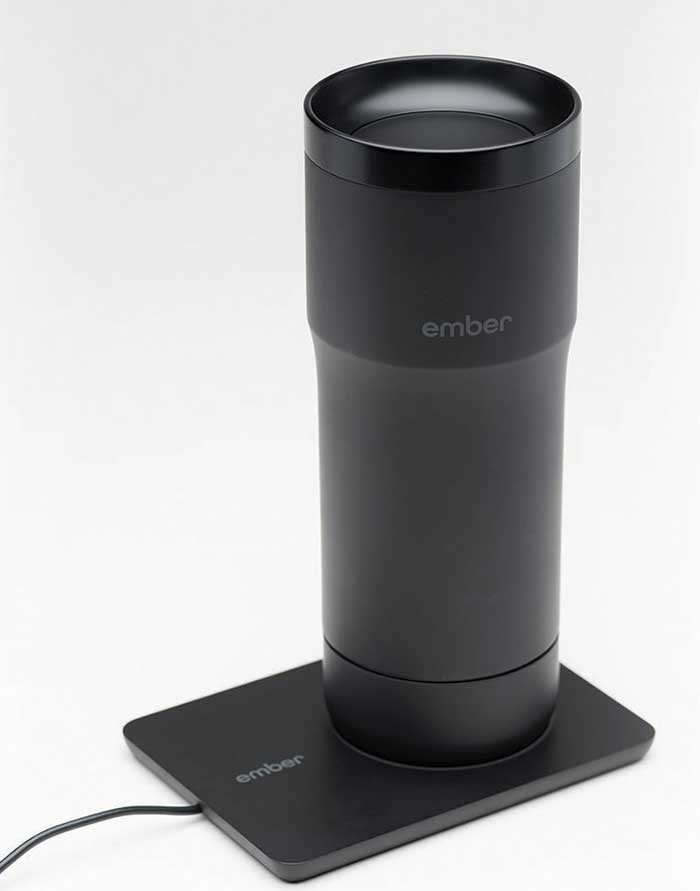 Ember mug (ember.com): The Ember is in some ways both the hottest and coolest item on this list. Billed as the world's first temperature-control mug, the Ember allows you to adjust the heat of your favorite coffee or tea to the exact temperature you want.

Cieslak shared one last cool fact about the Ember. It was designed by the Ammunition Group, which is the same team that designed the Beats by Dr. Dre line of headphones.

AND THE BIG ONE WE HAVEN'T SEEN YET 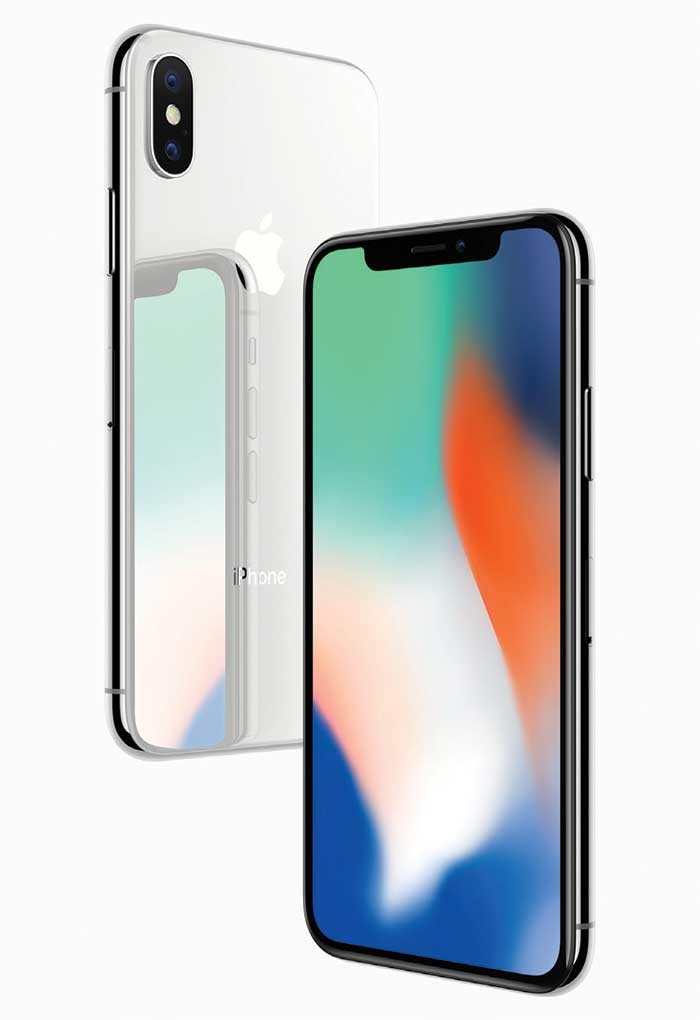 Apple iPhone X (apple.com/iphone-x): Perhaps the most-talked-about tech product this holiday season will be the Apple iPhone X. The product was not available as of this writing, but the company revealed enough at the product's splashy unveiling in September to raise expectations and eyebrows.

The iPhone X sports several new features and upgrades that mark a significant jump for the iPhone line, which celebrated its 10th birthday this year. An edge-to-edge screen eliminates the home button and leaves virtually no border visible on the front. Users can turn it on either by tapping the screen or simply picking up the device. An upward swipe at any time from the bottom of the phone displays the Home screen, no matter what app you are using.

Face ID, a new facial-recognition system, allows users to unlock the iPhone X using only their face. A switch to glass for the back of the phone enables wireless charging. And enhanced dual cameras, paired with upgrades in the iOS 11 operating system, support augmented reality viewing through the iPhone X.

Jeff Drew is a JofA senior editor. To comment on this article or to suggest an idea for another article, contact him at Jeff.Drew@aicpa-cima.com or 919-402-4056.