Get ready for Gen Z

A new generation is entering the workforce, but don’t mistake them for Millennials. 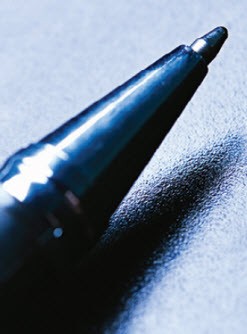 The first members of Generation Z are graduating from college. Here’s how to prepare for their entry into the workforce.

Don't treat them like Millennials. Born from 1995 to 2012, Generation Z members have many of their own traits that they don't share with Millennials, according to generational expert David Stillman. Along with his 17-year-old son, Jonah, Stillman described Gen Z for CPAs at the AICPA governing Council meeting in May. "They're not Millennials," Stillman said during a pre-Council telephone interview. "There are completely different events that shaped them, resulting in a different generational personality." Unlike the Millennials, who were mostly raised during prosperous times, Gen Z was largely raised during a global recession and the painfully slow recovery that followed. So while many Millennials entered the workplace looking for meaning in a job, Gen Z members say salary is the most important factor in choosing an employer, according to Stillman.

Recruit them early—very early. Gen Z members' competitiveness and focus lead Stillman to believe that it's essential for leaders of the accounting profession to appeal to them even before they get to college, because they are making career plans in high school. Waiting until college might work for high-profile, brand-name companies such as Google and Amazon, but Stillman said accounting may not be on high school students' radar unless members of the profession make substantial efforts to recruit them early.

Give them face time. Eighty-four percent of Gen Z members participating in a survey conducted by Stillman said they prefer communicating face-to-face with a boss. "That doesn't mean long sit-downs," he said. "They want their communication in sound bites and quick."

Give them opportunities to customize. Gen Z has grown up at a time when personalized marketing has given them opportunities for customized experiences as consumers. Many have come through college in programs that allowed them to create their own majors. More than half (56%) of the Gen Z members Stillman surveyed said they want to write their own job descriptions, and 62% want to customize their own career path. Thus, the increasingly flexible paths being embraced by the accounting profession may be attractive to Gen Z members.

Harness their drive for multiple opportunities. Having spent their lives connected to news sources and social media 24 hours a day, Gen Z members have a fear of missing out on things that will affect their career path desires, Stillman said. They will want many different experiences at the same time, so they will want to explore multiple roles and industries at the same time, he said. This may work to the advantage of the accounting profession if Gen Z members are educated on its possibilities. "They don't realize, 'Wow, I can touch tech [as a CPA]. I can touch retail. I can touch manufacturing,' " Stillman said. "And really educate them that you get to see all these different industries. In Gen Z's eyes, if I can touch all these industries, I'm not missing out on anything."

Editor's note: This checklist is excerpted from "What You Need to Know as Gen Z Enters the Workforce," May 22, 2017.