Electing the benefits of partial dispositions 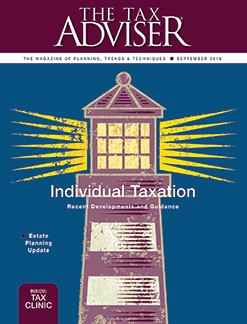 When a taxpayer makes a capital expenditure that results in an improvement to a unit of property, the related project often includes demolishing or removing a portion of the asset being improved. New regulations allow a taxpayer to take a loss in this situation by making an election to partially dispose of the asset (Regs. Sec. 1.168(i)-8(d)(2)). A complementary provision in the tangible property regulations gives a taxpayer who has made this election an option to also deduct the removal costs associated with the partial disposition instead of capitalizing the costs as unitary with the improvement (Regs. Sec. 1.263(a)-3(g)(2)). However, a taxpayer may have both of these benefits limited or lost entirely if it fails to consider them and to perform the required compliance in a timely manner.

Renovation or remodeling projects that give rise to significant partial-disposition losses and removal cost deductions often are multimonth or even multiyear projects, and demolition of the existing property generally is completed early or at the very beginning of the project. This can lead to situations in which a taxpayer performs the removal of the old property in year 1, while the project is not completed and the improvement is not placed into service until year 2 or later. Historically, taxpayers had no compelling reason to consider the proper accounting for such initial costs at the time they were incurred. Before the regulations had been issued, no provision allowed the current deduction of removal costs when a partial disposition occurred. In this situation, removal costs were capitalized to the asset being improved, and the proper classification of the removal costs for tax depreciation purposes was not of consequence until the tax year in which the improved property was placed into service.

For taxpayers who have missed these opportunities, retroactively capturing the losses is uncertain and may take multiple steps under the relief provisions of Regs. Sec. 301.9100-2 or 301.9100-3.

If a taxpayer is granted relief to make a late partial-disposition election, it will also have an opportunity to deduct the related removal costs. Unlike the partial-disposition loss taken via the election, the optional deduction of removal costs is considered a tax accounting method. Taxpayers who previously have adopted this method will capture the deductions on the amended return filed to make the late partial-disposition election under Regs. Sec. 301.9100-2 or 301.9100-3. Taxpayers who previously have not adopted this method must file an application for a change in accounting method.

For a detailed discussion of the issues in this area, see "Benefiting From New Tangible Property Regulations and Disposal Provisions," by Edward D. Meyette, CPA, in the September 2016 issue of The Tax Adviser.

Also in the September issue: