Controller to CFO: Not a straight, simple path 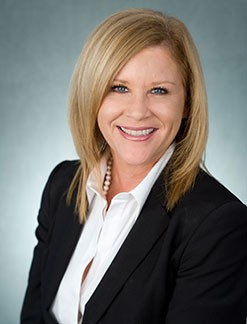 Valerie Rainey, CPA, CGMA, the CFO and senior vice president of a container shipping company, says, “Anything controllers can do to get out of the debits and credits and into the business will help them” to become a CFO.

A declining number of large U.S. companies are tapping controllers to be CFOs, in part because the CFO role is expanding beyond just numbers.

A finance chief must be able to articulate the company strategy to investors, explain complex financial information in clear terms to the board of directors, and have deep knowledge of the company's operations. Many finance chiefs are now overseeing human resources, information technology, and even operations. Some companies are eliminating the position of COO altogether, folding those responsibilities into the CFO role.

So controllers seeking to position themselves as CFO material must do more than perform their own jobs well. They must take time to immerse themselves in the operations of the business and gain understanding of the treasury function. They also must develop or sharpen leadership, collaboration, and communication skills. To some extent, this means learning an entirely new language. For those who aspire to be a public company CFO, knowledge of investor relations is critical.

In other words, controllers who want to ascend to the CFO position must look beyond accounting, focusing less time on merely closing the books and more time on learning the story behind the numbers.

"Anything controllers can do to get out of the debits and credits and into the business will help them," said Valerie Rainey, CPA, CGMA, the CFO and senior vice president at CMA CGM, a container shipping company.

This article explains some things you should know if you'd like to have the CFO title on your office door someday.

Candidates for CFO jobs must continue to broaden their skills as the CFO role becomes more about being a strong communicator, explained Scott Simmons of Crist|Kolder Associates, a firm that handles executive searches for large U.S. companies.

"I've seen candidates who are passed over because they've never spoken to the outside world," he said. "If you're not in treasury or investor relations, talking to bankers, analysts, investors, and ratings agencies, you'll have a hard time picking up that experience."

Ryan Willman, CPA, CGMA, is one controller who is seeking to fill in that communication gap to be considered for a CFO role. Willman, vice president and corporate controller at Republic Airways in Indianapolis, has volunteered to field calls from investors in the publicly traded company. Those conversations will help him gain investor relations experience, one area in which he has not had prior exposure. He also plans to get involved with professional associations such as the National Investor Relations Institute to gain more expertise. 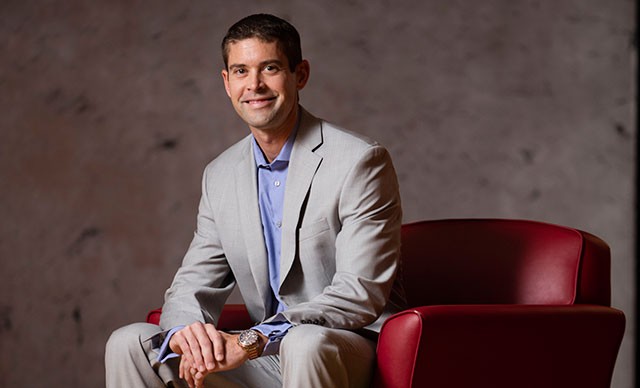 Another critical trait for prospective CFOs is operational experience. Rainey said the operations part of her background was vital in landing her first CFO job. The ability to manage a division of a company goes a long way toward making a CFO candidate more attractive.

"If there's a pie-in-the-sky profile, it's a really terrific finance person who's been a general manager or division president," Simmons said. "They're showing they've learned how a business works. They're worrying about sales and marketing, procurement, supply chain—elements that don't roll up through finance."

Data from Fortune 500 companies show that operational experience is growing in importance for future CFOs. Between 2014 and 2015, the number of externally hired CFOs who came directly from a position as an operational executive rose, and the number of CFOs who came directly from the controllers chair fell, according to Crist|Kolder. Only CFOs were more sought-after than operations executives for finance chief positions at other companies.

If an operations role such as division president isn't available, then a division CFO role can be a good start. No matter what, don't sit in the controller chair too long. Ask for an assignment in a different part of the company, or look elsewhere.

"Someone who spends their career rising up the accounting ranks is going to be less attractive as a CFO candidate than someone who is given the opportunity, or asks for the opportunity, to go out in the field" for a division CFO role, Simmons said. "Without the experience of knowing how that division runs, partnering with the general manager in driving a business, thinking forward instead of just rearview accounting, you're doing your career a disservice.

"A really good CFO candidate is going to have a variety of experiences, from operating finance, to accounting, to investor relations. You've got to prove that you've checked off a number of those boxes and not have a narrowly defined skill set in order to compete."

Position yourself for a promotion

Having a boss who is interested in helping to develop a controller's career not only keeps the controller engaged but also helps the company develop a stronger bench. Jackie Davidson, CPA, CGMA, had just such a manager when she left public accounting for a controller role. "He was instrumental in easing my transition," she said of her company's CFO. "He shared information, kept me up to speed, and gave me exposure to the company."

The CFO had to retire unexpectedly for health reasons. The CEO offered the job to Davidson. "The CEO was aware of my talents," she said. "Otherwise, they easily could have passed me over with, 'Oh, she's never been a CFO before. Why should we give her a shot?' But my boss had given me exposure to the job."

Looking back, Davidson is uncertain about whether the CFO was intentionally trying to groom a successor. She was too busy in the daily grind of controllership to think about advancing her career.

That seems to be an issue with many controllers, who have plenty to keep them busy: reconciliations, accounts payable, accounts receivable. That short-term busyness often keeps controllers from developing long-term vision.

CFOs who come from controller positions sometimes have a hard time letting go of the daily details. They must force themselves to focus on the broader, companywide view. Davidson said a new CFO who has come from a controller job has to separate himself or herself from the daily work, and trust that the people now performing that job will do it as well as he or she did.

Trust the people below you. Think about the issues the CEO thinks about, not the ones a controller does. For example, a CEO is rarely going to hear about a payroll system unless employees don't get paid. The CEO trusts that the tasks performed by the CFO's direct reports will get done. CFOs likewise must trust their direct reports to manage and carry out tasks that might be considered "behind the scenes."

Lead an outside project

Leading a system implementation, for example, not only gets you more knowledge, it also enables you to forge relationships. Ask plenty of questions, be engaged in all the meetings, and you'll not only grow your expertise but also have the chance to win over other people.

One project example cited by Davidson: Offer to work with the company's head of sales to create a sales forecast. "It's a topic [on which] you have some knowledge or experience, but it's still stretching you," she said. "Just because [finance professionals] have booked revenue for years doesn't give them qualifications to develop a sales forecast, but working with sales, they can help build a reasonable forecast."

By asking questions about sales strategy and why sales are expected to rise or decline, a controller can broaden his or her perspective.

Just as Davidson's CFO boss at an earlier job helped develop her skills, she helped develop a controller's knowledge when she became a CFO. At Market Leader, a technology and marketing provider for the real estate industry, where Davidson served as finance chief until the company was sold in 2014, she had the company's controller at her side for each quarterly earnings call. In the conference room for the call were four people: Davidson, the CEO, the director of investor relations, and the controller.

The investor relations director handled the introduction and question queue, and Davidson and the CEO handled the speaking parts. The controller was there, company data in hand, to provide information as needed. While the controller didn't speak on the calls, she got a sense for the preparation and communication skills needed—just the kind of skills a CFO-in-waiting needs to develop for future consideration.