Q. It has been several years since I've shopped for a new smartphone. What would you say are the most important features I should consider?

A. While it is hard to go wrong with any one of the top three best-selling smartphones of 2015 (the Apple iPhone 6, Samsung Galaxy S6, and the HTC One M9), the new Motorola Droid Turbo 2's unbreakable screen is a game changer. As much as I've liked my older Samsung Galaxy S6, its screen cracked last year when I sat down at a baseball game while holding a box of drinks and chili dogs. The phone, which was in my front pocket at the time, tapped the chair's metal arm rest as I plopped into my seat, thereby cracking the screen. Although I had purchased phone insurance, repairing the phone meant paying a $150 deductible, receiving a used replacement phone, and spending several hours transferring data, configuring, and reinstalling apps. I decided instead to install a rugged Otterbox phone case to protect the cracked screen and then wait the final two months for my phone upgrade to kick in.

Everyone in my family has dealt with broken phones or cracked screens. I've paid to repair or replace so many smartphones the past 10 years that I've lost count. Many of my friends and colleagues have experienced similar mishaps; therefore, it should be no surprise that durability has become the No. 1 feature I consider when purchasing a new smartphone. Accordingly, my latest smartphone is Motorola's Droid Turbo 2. This phone is resilient, and it includes a battery with a whopping 14.85 days of standby time and 48 hours of usage. The rear-facing camera takes 21-megapixel images and, at 3.07 inches by 5.9 inches, it's one of the biggest smartphones on the market that still fits in my pocket, giving me a fighting chance of actually reading the screen without my reading glasses.

The Turbo 2 also comes in white, making it harder to misplace. As a bonus, configuring the Turbo 2 was painless—I simply laid it back-to-back against my old Galaxy S6 phone, and the device's built-in setup utility (based on NFC, or near-field communication) copied all of the data, settings, and 128 apps from my old phone onto my new phone. The drawbacks to the Turbo 2 are that the battery is not removable, the device's maximum storage is 32 GBs, the phone is not waterproof (the power outlet has no waterproof plug), and this phone is currently available only in the United States through Verizon.

In conclusion, while there are many smartphone features you might consider, durability, battery life, high-quality camera, and larger size are the top four features that matter most to me; therefore, my decision was easy. Until other smartphones can survive a 5-foot drop onto concrete, the Turbo 2 is the smartest smartphone on the market, in my opinion. 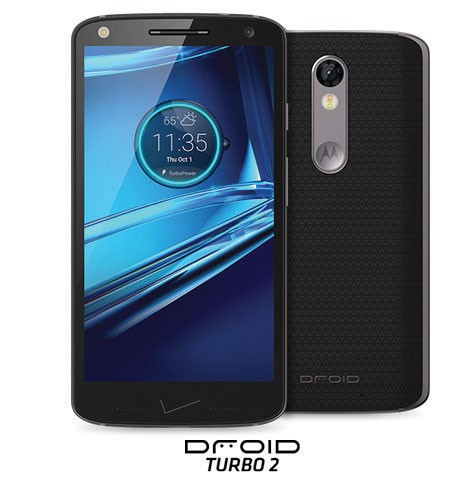