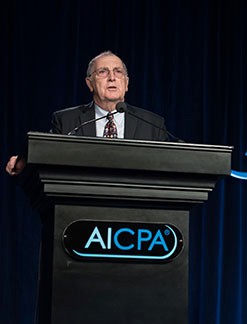 Twenty-three years ago, when he turned 50, Murphy decided to retire from Arthur Andersen to devote his time to helping at-risk youth in urban elementary schools. Since 1993, Murphy has spent three to five days per week volunteering at schools—reading, chaperoning, resolving conflicts, assisting teachers, tutoring, and offering encouragement. He even stepped in as basketball coach to prevent the program from being eliminated.

In addition to volunteering in the schools, he serves as a board member for (and has previously chaired) Michigan’s Children and has been a board member for the HighScope Educational Research Foundation, organizations that seek to influence public policy in the best interest of children.

The firm has contributed more than $200,000 and donated many hours of service to a variety of charities including Jake’s Wheels, impossible Dream, the J. Arthur Trudeau Memorial Center, the Gabrielle Dinsmore Heart & Hope Fund, and the Artic Mission.

To raise money, the firm has hosted game nights, cook-offs, and dress-down days. Members of its professional staff regularly donate time and serve on boards of charitable organizations throughout Rhode Island. Also, a team of 20 made donations and assembled at T.F. Green Airport’s tarmac for a jet pull to help fight multiple sclerosis.

DiSanto, Priest & Co., a CPA firm in Warwick, R.I., was honored for its public service, including donating many hours to charities.