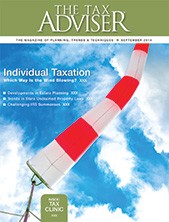 When taxpayers incur costs that relate to an acquisition or restructuring, they generally must capitalize any costs incurred to facilitate (i.e., investigate or otherwise pursue) the transaction (Regs. Sec. 1.263(a)-5). When fees paid to service providers are contingent upon the successful closing of a transaction, taxpayers can use a facts-and-circumstances test or a safe harbor to determine what portion of the fees are deemed to “facilitate” that transaction (Rev. Proc. 2011-29). The IRS Large Business and International (LB&I) division recently issued a directive telling its examiners, in the context of investment banking fees, not to challenge taxpayers’ application of the safe harbor to “eligible milestone payments” if the directive’s requirements are satisfied (LB&I-04-0114-001). The directive updates and modifies a previous directive from 2013 on the treatment of milestone payments.

Under Regs. Sec. 1.263(a)-5(f) there is a rebuttable presumption that success-based fees facilitate a transaction and, therefore, must be capitalized. Because of confusion around what constitutes sufficient documentation to allow a taxpayer to rebut this presumption, the IRS established a safe-harbor method of accounting for success-based fees (Rev. Proc. 2011-29). Under the safe harbor, a taxpayer can elect to treat 70% of a success-based fee as a nonfacilitative cost and capitalize the remaining 30%.

Under a 2013 LB&I directive (LB&I-04-0413-002), IRS examiners were told not to challenge a taxpayer’s treatment of “eligible milestone payments” when the taxpayer has elected the safe harbor. A milestone was defined as one of certain specified events (e.g., the signing of a letter of intent, an exclusivity agreement, or other similar written communication, or board of directors’ approval of the transaction) other than a successful closing of the transaction, provided the event does not occur before a bright-line date defined in Regs. Sec. 1.263(a)-5(e)(1). (The bright-line date is used to separate facilitative from nonfacilitative costs.)

Limiting milestones to events that did not occur before the bright-line date could result in the same type of payment being treated differently, depending on when it was earned. To fix this issue, the new directive amends the definition of “milestone” and gets rid of the limitation. Under the amended definition, “milestone” means an event, including the passage of time, occurring in the course of a covered transaction (whether the transaction is ultimately completed or not). “Milestone payment” means a nonrefundable amount that is contingent on the achievement of a milestone. “Eligible milestone payment” means a milestone payment paid for investment banking services that is creditable against a success-based fee.

For a detailed discussion of the issues in this area, see “IRS Broadens 70% Safe-Harbor Deduction for Investment Advisory Milestone Payments,” by David A. Thornton, CPA, and James D. Slivanya, CPA, in the September 2014 issue of The Tax Adviser.

Also look for articles on the following topics in the September 2014 issue of The Tax Adviser: