Learn from data to improve audits

BY THE AICPA PEER REVIEW TEAM 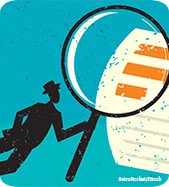 To help audit firms develop more-focused remedies for their accounting and auditing practices, the AICPA Peer Review team has been collecting data since December 2012 on Matters for Further Consideration (MFCs). An MFC form is used by peer reviewers to electronically capture “matters” detected during a peer review that are the most granular level of information indicating accounting and auditing deficiencies.

The AICPA Peer Review team is using the data to identify problem areas in order to provide firms with tools to increase audit quality. Reviewing these trends can help raise awareness of potential problems at audit firms and significantly improve audit quality.

This list describes the most frequent matters the Peer Review team has found related to the following professional standards and practice areas:

For SOC 1 engagements, MFCs were most frequently related to:

Governmental, A-133, Housing and Urban Development


The Peer Review team has developed a webpage, available at tinyurl.com/mdvh896, to be updated quarterly with new MFC data. The page will keep auditors updated on the matters most commonly found in peer reviews.

In addition to reporting on MFC data, the Peer Review team is an integral part of the AICPA’s Enhancing Audit Quality (EAQ) initiative. EAQ is a holistic effort looking at auditing from multiple facets that is expected to bring changes for the peer review process that will be designed to continue to improve audit performance.

To comment on this article or to suggest an idea for another article, contact Ken Tysiac, editorial director, at ktysiac@aicpa.org or 919-402-2112.