The landscape of retirement security has changed dramatically since ERISA was enacted 40 years ago, as the three-legged stool of pensions, savings, and Social Security has broken down. 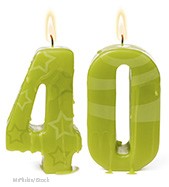 ERISA safeguarded the establishment, operation, and administration of private retirement plans by delegating regulatory oversight to three federal agencies, which was a unique approach at the time. The Department of Labor, through the Employee Benefits Security Administration (EBSA, formerly known as the Pension and Welfare Benefits Administration) was given primary responsibility for promulgating rules for reporting and disclosure and determining the duties imposed on fiduciaries. The IRS was given primary responsibility for participation, funding, and vesting rules. The PBGC was given the task of providing insurance to protect benefit promises made by sponsors of defined benefit plans (referred to in this article as “pensions”).

ERISA changed the rules for retirement plans in major ways by requiring minimum funding, uniform vesting schedules, and a standard definition of employee service for benefit accrual and vesting. The rules also require that all plan participants vest in the accrued benefits if a plan is terminated and prohibit companies from terminating employees to deprive them of pension benefits.

ERISA established much-needed reforms to protect employee pensions in the United States. However, the landscape of employee benefit plans has changed dramatically since ERISA was enacted. Workers face increasing challenges to provide for a secure retirement as fewer and fewer employers provide pensions to fund their workers’ retirement.

WHY WAS ERISA NECESSARY?

ERISA was intended to do exactly what it says—provide employees with some retirement security. Employee pensions had very few protections under the law before ERISA. Employees might be promised a pension only to find that it was not sufficiently funded or that all or most of their benefits were lost when the plan was terminated or if the plan sponsor went bankrupt or was sold. Many plans had very long vesting schedules requiring 20 to 30 years of service. Some plans required employee service periods to be “uninterrupted,” so that a short, involuntary leave (because of, for example, a layoff or temporary disability) in the middle of a 35-year career was sufficient to lose all benefits. Companies reportedly terminated employees a few months before vesting to avoid having to pay their pension benefits.

The limitations of prior pension protections were dramatically illustrated when the Studebaker automobile plant in South Bend, Ind., closed in 1963. At the time, the plan covered roughly 10,500 workers, 3,600 of whom had already retired and who received their full benefits when the plan was terminated. Four thousand employees between the ages of 40 and 59 received approximately 15 cents for each dollar of benefit they were owed. The average age of this group of workers was 52 years with an average of 23 years of service. The remaining 2,900 employees, who all had less than 10 years of service, received nothing.

This event received much publicity and triggered some congressional activity but no action. A 1972 national television broadcast on NBC of a documentary telling the personal stories of individuals across the country who had been deprived of pension benefits earned in various industries finally raised the public outcry and resulted in ERISA’s enactment. This broadcast was Pensions: The Broken Promise. (A transcript of the program is available at tinyurl.com/polhpa8.)

HOW HAS RETIREMENT PLANNING CHANGED SINCE ERISA'S ENACTMENT?

ERISA has endured despite many years of changes that those who enacted the legislation could not have envisioned. And these changes have been dramatic (see sidebar “Key Changes to ERISA”). When ERISA was enacted, defined benefit pension plans predominated. Today’s 401(k) plans and other now-common plans (often called defined contribution plans), such as individual retirement accounts (IRAs), did not exist. Investments were generally limited to publicly traded instruments. In 1974, the average life expectancy for men was 68 and for women 76. In 2014, that has risen to 76 and 81, respectively. (See Exhibit 1 for other key factors affecting retirement planning and changes that have occurred since ERISA’s enactment.)

Current challenges to retirement plan security include the breakdown of the traditional “three-legged stool” of retirement security: employer-sponsored pensions, individual savings, and government-run Social Security. They include changing economics in which employers are unwilling or unable to offer traditional pensions and in which employees cannot afford to save much on their own after paying their bills. Demographics are also a factor as people live much longer after they retire and need more money to fund these longer lives.

Several key economic factors play a critical role in adversely affecting retirement security. Stagnant wages resulting from lower economic growth and productivity and rising costs make it harder to save for retirement. Low interest rates hurt return on investments and require individuals to increase their savings rate to meet retirement goals. Companies with pension plans need to increase funding of the plans because of the effect of lower interest rates on actuarial assumptions.

Retirees must plan for the potential return of higher interest rates and inflation, which means that the buying power of fixed incomes will erode over time. In addition, a longer life expectancy requires retirees to have more retirement savings than their parents. And, if there is another severe recession, a 401(k) could become a “201(k)” plan, losing half its value just when retirement hits.

In response to economic conditions and increased costs, employers continue to reassess the retirement benefits they offer employees. Only 1 in 5 employees in the private-sector workforce now has a defined benefit pension plan, and only half of all employees have access to any employer-sponsored retirement savings.

The federal government’s current financial condition contributes to insecurity in the private pension system. Large federal deficits may mean lower economic growth and a decrease in the strength of the Social Security system. Social Security benefits replace only about 40% of the average person’s income after retiring, but people typically need 65%–85% of preretirement earnings to maintain their standard of living. The Social Security Administration calculates that the program can pay all promised benefits until the year 2033. Then, its reserves will be exhausted, and ongoing Social Security payroll taxes will cover only 77% of benefits.

Many older Americans are not prepared for retirement and lack financial literacy. Retirees need to worry about outliving their money by considering how much it will cost to live in retirement. The Center for Retirement Research at Boston College estimates that the nation's “retirement income deficit” is $6.6 trillion. This represents the gap between the pension and retirement savings that American households have today and what they should have today to maintain their standard of living in retirement. A 2013 study found that half of Americans have less than $10,000 in savings and 38 million working-age households (45%) do not own any retirement account assets. The median retirement account balance is $3,000 for all households (age 25–64) and just $12,000 for those nearing retirement (age 55–64).

As coverage under defined benefit plans continues to shrink, the clock ticks closer to lawmakers needing to seriously reconsider the level and tax status of Social Security benefits for current workers. Americans need to take on more responsibility for financing their retirement. Personal savings need to increase to compensate for potential shortfalls in lifetime income streams from traditional pensions and Social Security. Most Americans will need to work longer and retire later. Americans are already changing attitudes toward retirement with more phased retirements with reduced work schedules. A recent AARP survey of workers between the ages of 50 and 65 found that workers’ attitudes toward retirement and planning vary considerably. Forty-four percent believe they cannot afford to stop working in retirement.

As workers and retirees seek to maximize returns on their individual retirement investments, they will increasingly seek investment advice from financial advisers, expect plan sponsors to meet their fiduciary responsibilities, and expect investment managers to help them make prudent investment decisions and be upfront about their fees. The retirement system also needs to provide greater coverage and portability, and offer simpler and low-cost alternatives for retirement savings within a clear and predictable regulatory framework. Employers may find they need to shift their compensation budgets from retirement plans to cover other benefits.

With these challenges in mind, ERISA must continue to evolve to provide American workers with retirement security in the years ahead.

Below is a summary of key amendments to ERISA over the past 40 years affecting retirement security. (Other ERISA amendments not listed were related to changes in tax provisions or health and welfare benefits.)

1990: Omnibus Budget Reconciliation Act, P.L. 101-508. Granted the Department of Labor authority to impose a 20% penalty on parties to a fiduciary breach, even if those parties were not themselves fiduciaries.

ERISA is the stock in trade for many CPAs providing services to employee benefit plans, including plan design and compliance, tax and estate planning and wealth management, and audit and appraisal services. CPAs employed in companies that sponsor savings and retirement plans also must be familiar with ERISA.

Since ERISA’s enactment, retirement planning in the United States has changed dramatically, as defined benefit pension plans have been largely replaced by defined contribution plans, which shift the onus for retirement planning from employers to individuals.

The challenges facing retirees today and in the future include the breakdown of the traditional “three-legged stool” of retirement finances—pensions, savings, and Social Security—and changing economic conditions that include demographic changes, longer life expectancies, and the growing need for financial literacy.

ERISA needs to change to protect workers’ retirement savings as workers are increasingly being called upon to fund their own, possibly long retirement years.

Rebecca J. Miller ( becky.miller@mcgladrey.com ) is a director with McGladrey’s National Professional Standards Group in Minneapolis. Robert Lavenberg ( rlavenberg@bdo.com ) is a partner at BDO USA in Philadelphia. Ian MacKay ( imackay@aicpa.org ) is the director of the AICPA’s Federal Regulatory Affairs group in Washington.