Supreme Court decision denies exclusion of an inherited IRA from a bankruptcy estate. 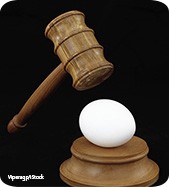 What’s in a name? According to the U.S. Supreme Court, nothing.

That section of the Bankruptcy Code provides that a debtor may exempt from the bankruptcy estate retirement funds “to the extent that those funds are in a fund or account that is exempt from taxation” under Sec. 401, 403, 408 (traditional IRAs), 408A (Roth IRAs), 414, 457, or 501(a).

This article examines the implications of the Supreme Court’s Clark decision, as well as treatment of IRAs outside bankruptcy under state laws. It suggests how taxpayers and their advisers may nonetheless achieve a degree of asset protection from creditors for inherited IRAs. Specifically, with either of two types of “see-through” trusts, an IRA owner may designate an individual as the trust’s beneficiary to receive IRA distributions. A “conduit trust” protects the balance of the inherited IRA from creditors of the trust beneficiary. Alternatively, a discretionary or “accumulation” trust also provides asset protection while also allowing the trustee discretion in making minimum required distributions.

In October 2010, Heidi Heffron-Clark and her husband filed a Chapter 7 bankruptcy petition. They identified an IRA that Heffron-Clark had inherited from her mother, which was then worth approximately $300,000, as exempt from the bankruptcy estate under Section 522(b)(3)(C) of the Bankruptcy Code. The bankruptcy trustee and the unsecured creditors of the estate objected to the claimed exemption of the debtor’s inherited IRA on the grounds that the funds in the inherited IRA were not “retirement funds” within the meaning of the statute.

The Supreme Court agreed to hear the case to resolve the conflict between the Seventh Circuit’s Clark decision and the Fifth Circuit’s decision in In re Chilton, 674 F.3d 486 (5th Cir. 2012) (holding that inherited IRAs are “retirement funds” under Section 522(b)(3)(C) of the Bankruptcy Code). The Supreme Court affirmed the Seventh Circuit’s decision in Clark, holding that funds held in inherited IRAs are not “retirement funds” within the meaning of Section 522(b)(3)(C) of the Bankruptcy Code.

As a preliminary matter, the Supreme Court stated that:

[T]o determine whether funds in an account qualify as “retirement funds,” courts should not engage in a case-by-case, fact-intensive examination into whether the debtor actually planned to use the funds for retirement purposes as opposed to current consumption. Instead, we look to the legal characteristics of the account in which the funds are held, asking whether, as an objective matter, the account is one set aside for the day when an individual stops working. [Clark, slip op. at 5]

In contrast, in the case of an inherited IRA:


The debtors argued that these distinguishing characteristics between traditional IRAs and Roth IRAs, on the one hand, and inherited IRAs, on the other, were irrelevant. Specifically, the debtors argued that funds in an inherited IRA are “retirement funds” within the meaning of 11 U.S.C. Section 522(b)(3)(C) because regardless of whether the funds currently sit in an account bearing the legal characteristics of a fund set aside for retirement, they did so at an earlier time.

The Supreme Court, disagreed, however, stating that:

In ordinary usage, to speak of a person’s “retirement funds” implies that the funds are currently in an account set aside for retirement, not that they were set aside for that purpose at some prior date by an entirely different person. Under [the debtors’] contrary logic, if an individual withdraws money from a traditional IRA and gives it to a friend who then deposits it into a checking account, that money should be forever deemed “retirement funds” because it was originally set aside for retirement. That is plainly incorrect. [Clark, slip op. at 8]

In addition, on a more technical point of statutory interpretation, the Supreme Court noted that to accept the position that funds in an inherited IRA are retirement funds because they once sat in an account bearing the legal characteristics of a fund set aside for retirement would render a substantial portion of the text of Section 522(b)(3)(C) superfluous. More specifically:

The funds contained in every individual-held account exempt from taxation under the Tax Code provisions enumerated in [Bankruptcy Code] §522(b)(3)(C) have been, at some point in time, “retirement funds.” So on [the debtors’] view, … Congress could have achieved the exact same result through a provision covering any “fund or account that is exempt from taxation under [the enumerated sections].” In other words, §522(b)(3)(C) requires that funds satisfy not one but two conditions in order to be exempt: the funds must be “retirement funds,” and they must be held in a covered account. [The debtors’] reading would write out of the statute the first element. [Clark, slip op. at 8–9]

The debtors further argued that funds in an inherited IRA should still qualify as “retirement funds” because the holder of such an account can leave much of its value intact until retirement if he or she invests the funds wisely and chooses to take only the minimum annual distributions required by law. Rejecting this argument, the Supreme Court stated:

[T]he possibility that some investors may use their inherited IRAs for retirement purposes does not mean that inherited IRAs bear the defining legal characteristics of retirement funds. Were it any other way, money in an ordinary checking account (or, for that matter, an envelope of $20 bills) would also amount to “retirement funds” because it is possible for an owner to use those funds for retirement. [Clark, slip op. at 11]

Thus, under the Supreme Court’s holding, it now is clear that funds held in inherited IRAs do not qualify as “retirement funds” within the meaning of Section 522(b)(3)(C) of the Bankruptcy Code.

Even after the Supreme Court’s decision in Clark, however, the question remains of whether, outside the bankruptcy context, an inherited IRA can be distinguished from traditional IRAs or Roth IRAs, which are often exempt from the reach of creditors under state exemption law. In that regard, one must look to the specifics of the state exemption statutes and, in many cases, the case law interpreting their reach. Inherited IRAs in states that have statutory language that specifically provides an exemption for inherited IRAs are likely protected. However, currently only a small number of states (including Alaska, Arizona, Florida, Missouri, North Carolina, Ohio, and Texas) have specific exemptions. In other states that do not have specific exemptions for inherited IRAs, if courts follow the lead of the Supreme Court in Clark, these accounts will be subject to creditors’ claims.

Since an inherited IRA is generally not exempt from creditors, both in bankruptcy and outside bankruptcy under the law of most states, an IRA owner concerned about providing creditor protection to his or her designated beneficiary or beneficiaries (other than a surviving spouse, who could, of course, simply roll over a decedent’s traditional IRA or Roth IRA into the surviving spouse’s own IRA), should consider the advantages of designating a trust as the beneficiary. The trust must be structured so that it will qualify as a “see-through trust,” thereby permitting the retirement benefits to be distributed in annual installments over the life expectancy of the oldest beneficiary of the trust in the same manner as if the beneficiary had been named as the direct designated beneficiary of the decedent’s traditional IRA or Roth IRA.

A designated beneficiary is an individual who is designated as a beneficiary under the plan … either by the terms of the plan or, if the plan so provides, by an affirmative election … specifying the beneficiary. ... The members of a class of beneficiaries capable of expansion or contraction will be treated as being identifiable if it is possible, to identify the class member with the shortest life expectancy.

Essentially, these rules permit two types of trusts that would provide asset protection to the trust beneficiary to qualify as a see-through trust.

Accumulation trusts. In contrast, a purely discretionary trust (sometimes called an “accumulation trust”) will have greater asset protection, since the trustee is not compelled by the terms of the trust instrument to pass out to the beneficiary the minimum required distribution from the inherited IRA. Thus, as with any purely discretionary trust, the beneficiary’s interest would be sufficiently tenuous to avoid constituting a property right subject to attachment. However, in an accumulation trust, all of the beneficiaries of the trust must be considered in calculating the minimum required distributions, including mere remainder beneficiaries and permissible appointees under another beneficiary’s power of appointment (Regs. Sec. 1.401(a)(9)-5, A-7(c)(3), Example 1), thus creating various limitations on the typical trust structure, as well as pitfalls for the careless drafter of the trust.

ASSESSING THE NEED FOR ASSET PROTECTION THROUGH A TRUST

The Supreme Court’s decision in Clark has provided certainty to advisers and their clients that an inherited IRA will not qualify under the “retirement funds” exemption of Section 522(b)(3)(C) of the Bankruptcy Code. Therefore, advisers whose clients have a traditional IRA or Roth IRA, as well as one or more designated beneficiaries (other than the surviving spouse), with potential or existing creditor concerns, must be proactive in shielding the account following the account holder’s eventual demise. Luckily, this can be accomplished fairly easily through the use of a conduit trust, or with some added complexity through a purely discretionary trust.

Earlier this year, the U.S. Supreme Court held in Clark v. Rameker, No. 13-299 (U.S. 6/12/14), that funds in a nonspousal inherited individual retirement account (IRA) were not retirement funds exempt from a bankruptcy estate under Section 522 of the Bankruptcy Code. The ruling resolves a circuit split and provides certainty to similarly situated taxpayers.

Important in the Court’s reasoning was that, in contrast to restrictions on withdrawals from traditional and Roth IRAs, owners of inherited IRAs may withdraw the funds without penalty and, in fact, must take distributions regardless of when they may retire and may not make contributions to the account. The Court rejected the taxpayers’ argument that an inherited IRA retains its status as established by the original owner.

Outside bankruptcy, inherited IRAs may be exempt from creditors’ claims under state law, although relatively few states provide a specific exemption.

Nonetheless, a “see-through” trust may provide creditor protection for retirement benefits that are distributed in annual installments over the life expectancy of the oldest beneficiary. Such a trust may be structured as a “conduit trust,” which passes minimum required distributions to the beneficiary, or a purely discretionary “accumulation trust.”