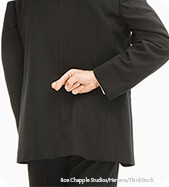 Sec. 6015(f) equitable relief serves as the last resort for taxpayers who do not qualify for Sec. 6015(b) or (c) relief. However, Sec. 6015(f) itself gives no specific guidelines for determining when equitable relief should be granted, stating only that under procedures it prescribes, the IRS can grant relief when it would be inequitable to hold an individual liable for all or part of an unpaid tax or deficiency, taking into account all the facts and circumstances.

The IRS has provided specific guidance in a series of revenue procedures for determining whether a taxpayer qualifies for Sec. 6015(f) equitable relief and the procedures and rules for applying for it. The most recent of these is Rev. Proc. 2013-34, which the IRS issued in September 2013 after issuing it in proposed form as Notice 2012-8 in January 2012. While this revenue procedure is similar in many ways to its predecessor, Rev. Proc. 2003-61, it changes the way the IRS will treat a number of important of factors in its analysis of taxpayers’ claims, including how the IRS will weigh economic hardship and the presence of abuse. Rev. Proc. 2013-34 also differs from Rev. Proc. 2003-61 in that it no longer asserts a limitation period of two years after the date of the IRS’s first collection activity with respect to the requesting taxpayer for filing a claim for equitable relief; however, the IRS had formally abandoned this position in 2011 in Notice 2011-70.

RELIEF FROM JOINT AND SEVERAL LIABILITY

When signing a joint tax return, a married couple become jointly and severally liable for the entire tax associated with that return. In some situations, joint and severable liability could be considered extremely unfair to one of the spouses. For example, embezzled funds are includible in gross income (James, 366 U.S. 213 (1961)). Even if a spouse does not know of the other spouse’s unreported embezzled money, the “innocent” spouse is still separately responsible for the tax liability.

Rev. Proc. 2013-34 makes the following changes to the threshold conditions for equitable relief:

Time extension for filing. Under Regs. Sec. 1.6015-5(b) and Section 4.01(3) of Rev. Proc. 2003-61, the requesting spouse was required to have filed the equitable relief claim no later than two years after the date of the IRS’s first collection activity. The Tax Court in Lantz, 132 T.C. 131 (2009), and other cases ruled that the two-year limitation was a misinterpretation of Sec. 6015(f). The Fourth Circuit, however, reversed and remanded the holding in Lantz (607 F.3d 479 (4th Cir. 2010); see also “Innocent Spouse Relief: Alternatives After the Lantz Case,” JofA, Dec. 2010, page 46). Despite its court victory, the IRS removed the two-year limitation with provisional guidance in Notice 2011-70 and, in August 2013, proposed revisions to the regulations (REG-132251-11). Consistent with Notice 2011-70 and the proposed regulations, the time limitations for filing a request for relief in Rev. Proc. 2013-34 are based on the limitation period for collection of income taxes in Sec. 6502 and the limitation period for making a claim for refund in Sec. 6511. If the requesting spouse is requesting relief from an unpaid liability, the request must be made generally within the 10 years following the tax assessment (Sec. 6502). However, when the requesting spouse makes a claim for a credit or refund, the request must be filed generally before the later of three years after the return was filed or two years after the tax was paid (Sec. 6511).

Rev. Proc. 2013-34 provides more detailed guidance to evaluate the related factors for determining whether to grant equitable relief. Rev. Proc. 2000-15 listed the circumstances under which these factors would be weighed in favor of or against equitable relief. Rev. Proc. 2003-61 identified relevant factors the IRS would consider in making a determination but in general did not identify specific facts or circumstances that would weigh in favor of or against relief. The latest revenue procedure extensively addresses the weighing of specific facts and circumstances and makes the following changes.

APPLICABILITY OF THE NEW RULES

Rev. Proc. 2013-34 is effective for requests for relief filed on or after Sept. 16, 2013, as well as for requests pending as of that date, whether with the IRS, including its Office of Appeals, or in a case docketed with a federal court.

It remains to be seen how courts will apply Rev. Proc. 2013-34’s provisions. Only three cases have cited the revenue procedure as of this writing. Two of them, Reilly-Casey, T.C. Memo. 2013-292, and Zimmerman-Phillips, T.C. Summ. 2014-8, provide little insight into how the revenue procedure’s more taxpayer-friendly provisions might be applied. In Reilly-Casey, the Tax Court found that the taxpayer had reason to know of the understatements, had not been abused, was not compliant with her subsequent tax filing requirements, and would not suffer an economic hardship if she were required to satisfy the tax liabilities at issue. Therefore, the court found she was not entitled to relief; however, it is almost certain that the court would have held the same way if it had followed the rules in Rev. Proc. 2003-61. In Zimmerman-Phillips, the understatement was attributable to an item of income of the requesting spouse; thus, she did not meet a threshold condition for equitable relief: Apart from certain enumerated exceptions (including for fraud, as noted above) the tax liability must be attributable to an item of the nonrequesting spouse.

However, Howerter, T.C. Summ. 2014-15, illustrates how the balancing under Rev. Proc. 2013-34 of other factors equally with that of the requesting spouse’s knowledge or reason to know of the deficiency may allow those other factors to weigh in favor of relief. Here, the requesting spouse prepared a joint return for herself and her separated husband. She did not report commission income earned by her husband on the return. Although the requesting spouse denied having received a Form 1099 from her husband reporting commissions he had earned, he testified that he did provide one to her and provided other evidence that led the court to conclude that the requesting spouse had actual knowledge of the commissions. Accordingly, the court found that the knowledge factor weighed against relief. However, the court found three factors in favor of relief: marital status (they were divorced when the request for relief was filed), lack of significant benefit, and compliance. It found that the rest of the factors were neutral. Stating that under Rev. Proc. 2013-34 knowledge of an item giving rise to an understatement or deficiency will no longer weigh more heavily than other factors, the Tax Court granted the taxpayer relief.

RELIEF ON THE HORIZON?

It seems likely that equitable relief will be granted more often, given the increased prevalence of equitable relief claims now that the two-year limitation period has been lifted and taxpayers and their advisers fit Rev. Proc. 2013-34’s more nuanced factors to the facts and circumstances. CPAs should review client cases where an innocent spouse request has been made or contemplated to consider whether the new criteria indicate filing or revising a request. Many taxpayers who might have requested relief previously except for more stringent requirements weighing against them may now find factors weighing more persuasively in their favor.

A recent IRS revenue procedure changes how the IRS will treat factors weighing for or against equitable innocent spouse relief under Sec. 6015(f), particularly issues of economic hardship and the presence of abuse. It retains seven threshold conditions for submitting a request for relief.

The new revenue procedure allows “streamlined” determinations of equitable relief, based on the requesting spouse’s current marital status, economic hardship if relief is not granted, and knowledge or reason to know of the understatement or underpayment.

The revenue procedure revises threshold conditions for equitable relief, including an earlier announced change in policy to allow requests any time within the statute of limitation for refunds and collection of income taxes, rather than within two years after the first collection activity. Other revisions provide an abuse exception for asset transfers and address fraud by the nonrequesting spouse.

Equitable relief factors include notable changes to defining economic hardship, abuse, and weighting of knowledge or reason to know of the underpayment or deficiency.