I frequently receive questions from CPAs concerned about their children’s use of computers. It is true that children can become overly obsessed with playing computer games, or worse yet, use their computers to access inappropriate content on the web. These risks can be easily mitigated with parental control software, firewall settings, and, of course, proper parental supervision. Nonetheless, it seems hordes of people are eager to condemn computer use among kids, but few are eager to promote it. The reality is that computers are now an essential part of the business world, and I for one think it is important to encourage your children to start learning to use a computer at an early age.

A computer can be a great educational tool when it comes to teaching your children, and to illustrate this point, consider my experience. Twenty years ago, I purchased an education program called Microsoft Dinosaurs for my then 4-year-old son. Although he could not yet read, he was able to scroll through the application and click a speaker button to hear the text read aloud. 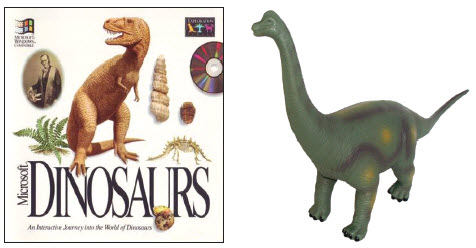 A few months later, I brought him a small toy Brontosaurus from a road trip, to which he declared, “It looks like a Brachiosaurus.” I corrected him by showing him the product packaging, which clearly showed the dinosaur was a Brontosaurus. He looked puzzled and disappeared. Thirty minutes later, he fetched me to my computer where the Microsoft Dinosaurs application was installed and proclaimed that despite the product packaging, the toy was not a Brontosaurus, it was a Brachiosaurus. (Quick confession: I had never even heard the term Brachiosaurus before.)

He opened a page he had bookmarked, which explained that in 1879 paleontologists announced the discovery of the world’s first and only Brontosaurus. However, in 1903 researchers determined that the Brontosaurus bones were actually the bones of an Apatosaurus dinosaur mistakenly coupled with the skull of a Camarasaurus dinosaur—and the researchers concluded that there was no such thing as a Brontosaurus dinosaur. He then opened his next bookmarked page, which indicated that the Brachiosaurus had large nostrils located at the top of its head, and he pointed out this same feature on his small toy. Confronted with this evidence, I declared, “I stand corrected; that is a Brachiosaurus.” Mind you, this child was only 4 years old and could not yet read, but at that moment I realized that computers would indeed forever change our world.

Today an abundance of mindless computer games can occupy a kid’s time, but it does not have to be that way. Presented below are three websites you can share with your children to familiarize them with computers and further spark their interest in learning.

1. Pictures of the universe. The Hubble website (hubblesite.org/gallery/album) offers thousands of amazing images, complete with detailed explanations of strange and wonderful discoveries. As suggestions, the Crab Nebula, Tadpole Galaxy, Pandora’s Cluster, and Saturn’s auroras should not be missed. 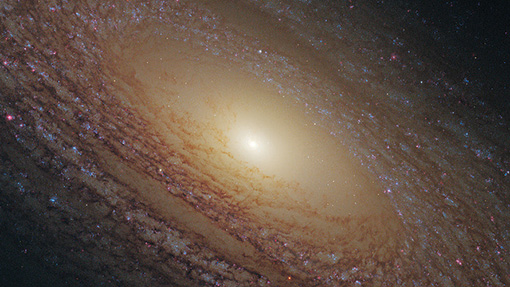 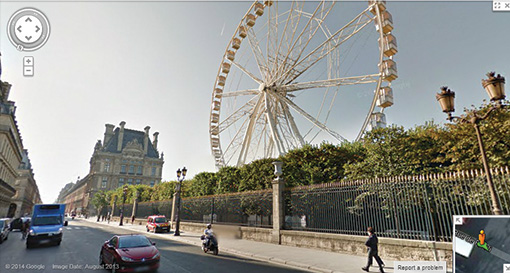 3. YouTube clips from the past. YouTube makes it easier to share your childhood memories with your children; simply pull up a few supporting video clips from your youth and show the kids what your teenage years were like. If nothing else, it’s sure to make your children chuckle. To help you get started, I’ve posted more than 50 of my favorite videos from the past at carltoncollins.com/past.html. Here you will find videos of Abbott and Costello’s “Who’s on First?” comedy routine, the first moon landing, the Beatles’ appearance on the Ed Sullivan Show, Mikhail Baryshnikov dancing, episodes of the Road Runner and Pink Panther cartoons, Secretariat winning the Triple Crown, Babe Ruth calling his shot, and much more. I’ve also provided a link on this webpage so you can send me your favorite YouTube link from yesteryear.

Submit a question
Do you have technology questions for this column? Or, after reading an answer, do you have a better solution? Send them to jofatech@aicpa.org. We regret being unable to individually answer all submitted questions.