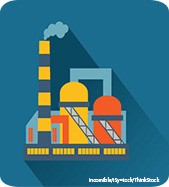 Peco Foods Inc. acquired all of the assets of two poultry processing plants in the late 1990s. The purchase agreement for each plant included a detailed schedule allocating the purchase price among the various assets purchased. Both agreements stated that Peco and the sellers would allocate the purchase price among the assets for all purposes, including tax and accounting purposes, in accordance with the allocation schedules.

Following the acquisitions, Peco hired a third party to perform a cost-segregation analysis of the two plants to substantiate accelerated depreciation deductions for personal property that Peco originally classified as part of the acquired buildings. The study determined that segregating the various units of property entitled Peco to accelerated depreciation expense of approximately $5.3 million from 1998 through 2002. Peco filed IRS Form 3115, Application for Change in Accounting Method, to report the changes in depreciation class lives and methods of the segregated assets. Before filing the Form 3115, Peco had filed at least one tax return using depreciation class lives and methods in accordance with the allocation schedules from the asset purchase agreements.

The Tax Court concluded that Peco was not entitled to the accelerated depreciation deductions. It found that the written agreements between Peco and the sellers of the processing plants superseded the residual method that would otherwise be used for purchase price allocations because the written agreements clearly identified which amounts paid for the purchase of the plants should be allocated to buildings and were not ambiguous. Therefore, Peco was bound by the allocation schedules in the asset purchase agreements.

Both the purchaser and the seller in an applicable asset acquisition generally should file Form 8594, Asset Acquisition Statement. The form fulfills the purchase price allocation reporting requirements under Sec. 1060, reporting the fair market value (FMV) and the allocation of purchase price, respectively, among Class I–VII assets, using the classification system of Regs. Sec. 1.338-6(b). It should be noted that furniture, fixtures, equipment, land, and buildings (among other assets) are all considered Class V assets. But Form 8594 doesn’t necessarily determine how a taxpayer should allocate the purchase price.

Sec. 1060(a) states that if, in connection with an applicable asset acquisition, the purchaser and the seller agree in writing on the allocation of any amounts paid or to the FMV of any of the assets, the agreement generally is binding on both parties unless the IRS determines the allocation is not appropriate. The Danielson rule (from Danielson, 378 F.2d 771 (3d Cir. 1967), vacating and remanding 44 T.C. 549 (1965)) provides that a taxpayer can challenge the tax consequences of a written agreement as construed by the IRS only by “adducing proof which in an action between the parties to the agreement would be admissible to alter that construction [of the agreement] or to show its unenforceability because of mistake, undue influence, fraud, duress, etc.” (Danielson, 378 F.2d at 775). Because the IRS was not challenging the propriety of the allocation schedules, the Tax Court found that it needed to determine only whether the agreements were enforceable under the Danielson rule, and it did find so. Peco argued that the agreements were unenforceable because the terms used in the allocation schedules were ambiguous.

The purchase price allocation schedule for one of the poultry plant acquisitions detailed the consideration allocated to such assets as a processing plant building, fencing, machinery, and equipment; the schedule for the other acquisition showed the allocation among real property, land, improvements, machinery, and equipment. The purchase agreements included definitions of terms such as “real property” and “equipment,” further clarifying the types of assets falling within such terms.

The agreements thereby provided far more detail than required under Sec. 1060. Peco could have satisfied its Sec. 1060 reporting requirements and likely preempted IRS challenge by simply allocating the portion of the purchase price related to all the acquired depreciable assets in a single sum as Class V assets within its purchase agreement. It seems unlikely the IRS could then have successfully argued that Peco had not adhered to the written purchase price agreement. With Sec. 1060 and Form 8594 requiring allocations only by asset class, there was no tax benefit to be gained from providing a more detailed purchase price allocation.

Lesson 2: Building, plant, real property: Watch your words
Some of the language in the purchase agreements clearly worked against Peco with the Tax Court. Peco contended that the terms “processing plant building” and “real property: improvements” were ambiguous. The court disagreed, finding that the terms evidenced an intent to allocate the purchase price to Sec. 1250 property subject to 39-year depreciation.

With regard to “processing plant building,” the Tax Court found the use of the word “building” critical. The court noted that the parties would have referred to “processing plant” rather than “processing plant building” if they had intended to include special mechanical systems and other Sec. 1245 assets that are not part of a building. By including the term “building,” the court said, the parties intended to allocate a portion of the purchase price to a structure (subject to 39-year straight-line depreciation) and not the tangible personal assets it contained.

Interestingly, the Tax Court relied on dictionary definitions of “building” (“a [usually] roofed and walled structure built for permanent use”) and “plant” (“the land, buildings, machinery, apparatus, and fixtures employed in carrying on a trade or an industrial business”) in reaching its conclusion. The precise definitions easily found in a readily available source undermined Peco’s claim that the terms were ambiguous.

The Tax Court further found that if Peco had intended to segregate additional items of personal property out of “real property: improvements,” it would have done so by allocating additional purchase price to the asset described on the schedule as “Machinery, Equipment, Furnitures [sic] and Fixtures.” The court determined that referring to the asset as “real property” showed an intent by the purchaser and seller to classify the property as depreciable over 39 years.

The Tax Court’s holding highlights the need for careful drafting of all agreements, including any accompanying schedules. It suggests that taxpayers might be wise to select terms that could provide some latitude for subsequent determinations of whether property is Sec. 1250 real property or Sec. 1245 tangible personal property—as opposed to terms with narrow dictionary definitions not subject to interpretation. In fact, it could be prudent to include language stating that the terminology used within an acquisition document is not indicative or determinative of the parties’ intent to classify the assets as Sec. 1250 or Sec. 1245 property.

Lesson 3: Cost-segregation study: Determine early if one is advisable and proceed accordingly
In some instances, such as acquisitions of structures with equipment that is not an essential part of the structure but performs its own functions, a cost-segregation study can garner significant tax benefits. To preserve cost-segregation opportunities, purchasers need to think about the possibility while the acquisitions are being negotiated and draft the purchase agreements accordingly. The business and investment executives who are typically involved in negotiations might not consider the issue, making it important that they consult tax experts. As shown in the Peco case, once the deal has closed, there is no going back to create the opportunity.

Although the Peco case indicates taxpayers should be cautious with their descriptions of assets and adhere to the allocation requirements of Sec. 1060 when drafting acquisition documents and allocation schedules, some unanswered questions remain.

For example, if the parties had agreed to perform a cost-segregation study before the transaction occurred, could they have avoided the ensuing problems? It is hard to say, but such an agreement likely would have raised another problem related to the discrepancy between the purchaser’s and the seller’s values. Consider the scenario where a purchaser pays $1 million to acquire assets that the seller has recorded on its books at a value of $800,000. How would the cost segregation of the $1 million purchase price apply to the seller’s allocation on its books? Would two studies be necessary, one for the value acquired and another for the value disposed?

Another question is whether the Peco case might have turned out differently if the person who conducted the cost-segregation study had testified (the individual had died by the time of trial). It’s possible the individual could have testified that the language used in the purchase agreements was common in the industry and referred, for example, to both a building and other separable assets contained within the building. Whether such testimony would have persuaded the court is open to debate.

Regardless of how these questions would have been answered, the lessons described can help purchasers preserve certain tax opportunities and sellers preserve the tax advantages of a sale. As the Peco case clearly demonstrates, seemingly minor missteps can have significant tax consequences down the road because, in most circumstances, one party to a transaction cannot unilaterally change purchase price allocations that are agreed to in connection with an applicable asset acquisition and must depreciate assets in a manner that is consistent with the original allocation schedule.

The recent case of Peco Foods illustrates the potential pitfall of a purchase price allocation that does not allow the purchaser to subsequently segregate units of property differently for depreciation purposes.

The parties generally must follow allocation rules of Sec. 1060 for determining the seller’s gain or loss and the purchaser’s basis. But it does not require as much detail as the agreement in Peco imposed.

How assets are described in purchase allocations also can have important implications, such as terming an asset a “building,” thus designating it as real property without segregating items of personal property.

Accordingly, cost-segregation studies should be considered during purchase negotiations rather than after a purchase and care taken in drafting acquisition documents and allocation schedules.