Amid challenges, CPAs found plenty to praise or pan in their tax preparation software. 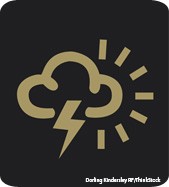 In this year’s survey by the JofA and The Tax Adviser, more than 5,000 CPAs assessed the software they used to prepare 2012 tax returns.

This year, tax preparers had to contend with a compressed filing season caused by late enactment of extender legislation in the American Taxpayer Relief Act of 2012, P.L. 112-240, resulting administrative dislocations, and, in some cases, software glitches. Despite that, most respondents rated their software’s performance much as they had in previous years (for the 2012 survey, click here). Exhibit 1 shows overall ratings and selected metrics for the seven leading products by percentage of respondents. Overall, respondents rated their software an average of 4.1 out of 5, slightly lower than in 2012 but generally similar to ratings in previous years. Responses for ATX, however, were much less favorable than usual because of a new software version that initially did not run well on many users’ computers and networks; the bugs were eventually fixed, but not until late in the season.

Users of three products, Lacerte, ProSystem fx, and UltraTax CS, accounted for a majority of respondents, as in previous years. A long-term trend of industry consolidation continued, reflected in two ways: The top seven products were used by 96% of the respondents, and an eighth product, TaxWorks, was acquired by Thomson Reuters after tax season and is being discontinued as a separate brand.

As in previous years, users of the same top three major products by percentage of respondents ranked those products’ price as a chief dislike but gave them good marks for such attributes as ease of use and integration with other accounting software. On the other hand, products with the highest esteem for being easy on practices’ budgets (ATX, Drake) were sometimes faulted for lacking as many features as the higher-priced software, such as an integrated tax research service.

Again this year, the survey asked whether respondents had switched to new software this season and, if so, why. Price, always a major motivation, was even more pronounced as a principal reason this year, cited by 47% of respondents, versus 26% last year.

The survey also assessed users’ adoption of cloud hosting of applications and return data, recommended software for a new practice, assessment of products’ technical support, and other attributes.

Paul Bonner is a senior editor, tax, for the JofA and The Tax Adviser. To comment on this article or to suggest an idea for another article, contact him at pbonner@aicpa.org or 919-402-4434.