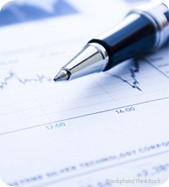 Recent tax law changes have made accurately calculating and reporting clients’ capital gains even more critical with higher effective tax rates being imposed on those with higher adjusted gross income (regardless of source) and the new Sec. 1411 net investment income tax taking effect for tax year 2013.

It had been hoped by Congress, the IRS, and the tax preparer community that mandatory cost basis tracking and reporting by brokers would help reduce the burdens and stress associated with those calculations. Unfortunately, the benefits of this have been slow to appear, while the challenges created have caused many preparers to “cry uncle” the past two filing seasons. Furthermore, after a one-year delay, the IRS has completed plans to move ahead with cost basis reporting on more complicated securities, such as debt instruments and options, generally for purchases occurring on or after Jan. 1, 2014. These latest additions will be phased in over several years, as described below.

In October 2008, Congress enacted the Energy Improvement and Extension Act of 2008, P.L. 110-343. Tucked into that law was a provision requiring brokers and other custodians to report the cost basis of certain securities to both the IRS and the taxpayer whenever a sale took place. The provision was in response to a “tax gap” related to incorrect cost basis information estimated at $11 billion during tax year 2001 by the U.S. Government Accountability Office (see Rep’t Nos. GAO-06-603 and GAO-11-557). Even more astonishing, the GAO estimated that almost 38% of the taxpayers who reported the sale of a security that year had misreported their taxable gain or loss.

Congress recognized that establishing the necessary software and reporting infrastructure for this change would take time, so the reporting requirement was phased in over three years starting Jan. 1, 2011, and was designed to cover only securities purchased after the phased-in effective dates. The originally enacted effective dates were:


While phases one and two occurred as planned, the IRS in May 2012 delayed the effective date of phase three to Jan. 1, 2014, to allow additional time for brokers to address the multiple issues involved in accurately reporting the basis of complicated debt instruments and options. On April 18, 2013, the IRS issued final regulations (T.D. 9616) covering these securities. While typical fixed payment schedule bonds and most options are covered as of Jan. 1, 2014, reporting on many complicated securities has been further delayed until Jan. 1, 2016. Examples of securities with a further delay in required reporting are debt instruments with a “step-up interest rate” provision, convertible bonds, stripped coupon instruments (popular for Treasury notes), debt instruments from non-U.S. issuers or payable in a foreign currency, and certain tax credit bonds. Most high-net-worth clients are likely to have one or more of these security types in their portfolio.

The 2012 filing season saw the introduction of new and revised IRS forms to accommodate the new reporting requirements for both brokers and taxpayers. These forms were further revised for the 2013 filing season and will be changed yet again for the 2014 filing season.

The most significant form change from the practitioner’s perspective was the elimination of Schedule D-1 (used for overflow lines from Schedule D, Capital Gains and Losses) and its replacement starting in the 2011 tax year with the new Form 8949, Sales and Other Dispositions of Capital Assets. This new form divides transactions into six “buckets,” four of which concern transactions reported to taxpayers on Form 1099-B, Proceeds From Broker and Barter Exchange Transactions, as shown in Exhibit 1.

Until 2011, taxpayers and their return preparers needed to separate security sales into only two categories: long term (assets held for more than one year) and short term. Now, even before being designated among the six Form 8949 “buckets” above, these sales transactions must be segregated for information reporting purposes into four categories: covered short term, covered long term, uncovered short term, and uncovered long term. Meanwhile, brokers are supposed to report the purchase date, purchase price (i.e., cost basis), and holding period to both the IRS and the taxpayer only for covered securities. Since most major brokers had been reporting this information (when available) to their clients for securities before 2011 as a courtesy, considerable confusion reigned during the 2012 filing season as to what information that appeared on the substitute Forms 1099-B received by taxpayers had been provided to the IRS. Most of these substitute Forms 1099-B did not clearly separate transactions between covered and uncovered securities, even though taxpayers were required to do so on the new Form 8949.

As comments and complaints on the difficult reporting issues soared, the AICPA responded by immediately notifying the IRS and requesting that it minimize any automated computer notices for inadvertent misidentification of transactions as covered or uncovered by return preparers. It also reached out to the Securities Industry and Financial Markets Association to work on improving the clarity of data on substitute Forms 1099-B. While work remains, reports from the field indicate that the forms issued during the 2013 filing season were much improved. However, there were some disturbing reports of covered securities being misreported as uncovered by certain clearinghouses.

DIFFERING REQUIREMENTS FOR TAXPAYERS VS. BROKERS

Unfortunately, significant issues and difficulties remain for preparers and their clients as they attempt to fully comply with the IRS regulations on reporting of capital transactions. One of the significant factors creating these difficulties is that reporting requirements under the Code and regulations are different in certain situations for brokers and taxpayers.

The most common and well-known difference relates to the wash-sale rule. Brokers are required to report only the disallowed loss from wash sales of the identical security in the same account and only for covered securities. Taxpayers must report the disallowed loss from wash sales of substantially identical securities in all accounts (including tax-deferred individual retirement accounts) for all securities, covered and uncovered. A second significant difference exists for short sales that generate a gain. Taxpayers use the constructive sale rule, reporting the transaction on the actual trade date. Brokers are required to report these sales on the settlement date (generally three business days later). Taxpayers that close out short sales at year end and their brokers may be required to report the transactions in different tax years.

A second significant area of concern, for which the AICPA has asked the IRS for guidance, is the reporting for sales of publicly traded partnerships. Brokers are unable to account for a taxpayer’s adjustments to basis and do not have data on any depletion allowances taken. Properly reporting the capital and regular-income components for sales of shares in these entities was always challenging, and the need to reconcile returns to broker-reported basis information has raised the level of complexity.

Late-issued and “corrected” Forms 1099-B continue to plague preparers, and there is no evidence that this situation will improve anytime soon.

Tax professionals can help clients navigate this brave new world of cost basis reporting while simultaneously maintaining their sanity by considering some of the following suggestions:

The good news is that eventually many of the problems caused by cost basis reporting will be solved. The bad news is that the solutions will not come anytime soon, and new problems continue to crop up. As an example, in early April 2013, near the end of filing season, the IRS notified its e-file partners that an error was occurring on e-filed Forms 8949 on which preparers had followed the printed instructions on how to report multiple transactions from a broker on a single line, with the details attached in a portable document format (PDF) file. New instructions on which lines to fill in and how to fill them in were quickly issued and are expected to be in use for next year’s returns.

Finally, no one knows for sure when the IRS will start issuing CP2000 matching notices related to broker-reported cost basis information. Although the AICPA in spring 2012 asked the IRS to delay such matching until more of the startup glitches were resolved, no official response was forthcoming. It is worth noting that the IRS continues to issue (in an action the AICPA supported) CP2000 matching notices for gross proceeds figures reported on Form 1099-B. The potential for hundreds of thousands of inaccurate mismatch notices related to capital gains reporting reinforces the need for tax preparers and advisers to remind clients to promptly inform them of any correspondence they receive from the IRS and to not merely pay an assessment “because the amount wasn’t that much” without discussing it.

Cost basis reporting by brokers of sales or other dispositions of covered securities began phasing in with equities purchased on or after Jan. 1, 2011. Mutual fund shares followed in 2012, with debt securities to come in 2014, except for certain complicated debt instruments and options and certain other covered securities that were deferred until 2016.

New Form 8949, Sales and Other Dispositions of Capital Assets, was introduced with the 2011 tax year, complicating return preparation by requiring a separate form for each of as many as six types of transactions: short term or long term, each divided into whether the transaction was reported on Form 1099-B, and, if it was, whether basis was reported to the IRS.

Remaining issues include disparate reporting treatment between brokers and taxpayers of wash sales, basis adjustments for shares of publicly traded partnerships, and late and corrected Forms 1099-B.

Return preparers and tax advisers can ease difficulties by reviewing with clients the appropriateness of default lot selection methods, investigating whether brokers can provide Form 1099-B in electronic form, and software solutions for completing Form 8949.