A two-stage solution to succession procrastination

Fourth in a series: Deal structure provides a path to retirement for CPAs who fear a loss of control or income. 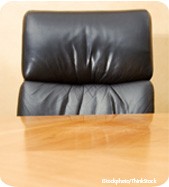 The 2012 PCPS Succession Survey, a joint project of the AICPA Private Companies Practice Section (PCPS) and Succession Institute LLC, found nearly 80% of CPA firm owners expect succession to become a major issue for their firms in the next 10 years (see “Succession Planning: The Challenge of What’s Next,” JofA, Jan. 2013, page 44).

The same study revealed, however, that more than half of all accounting firms—and more than two-thirds of those with 15 or fewer professionals—do not have a signed succession agreement in place. The percentage of firms with signed succession plans is on the rise, but it is behind where it should be with large numbers of Baby Boomer CPAs eyeing retirement over the next several years.

The trend is not surprising. In more than 20 years of consulting with thousands of accounting firms, the authors have found that CPAs often put off planning for retirement and succession. Two main reasons for this are:


To overcome these concerns, practitioners need an option that allows them to commence the transition of relationships with clients and staff—the basis for the value of an accounting firm—in a manner that enhances the retention of those relationships without giving up control and income before they are ready. This is where a two-stage deal comes into play.

A two-stage deal is designed for practitioners who are six years or less from reducing their time commitment to the practice. In essence, the two-stage deal involves affiliating now with a successor firm, starting the transition while the practitioner is still in control of his or her practice, and postponing the adjustment in income until he or she slows down. At that point, the retiring/selling partner would start receiving payments for the sale of the practice.

Example. A sole proprietor was generating $500,000 in annual revenues with one full-time senior professional, a full-time paraprofessional, and a clerical person while netting 40%, including perks and benefits. This owner wanted to work three more years full time and several more years in a part-time role thereafter. The buyer was a three-partner firm generating $2.2 million a year working with similar clients, under a similar culture and fee range.

Stage One was set up to be a maximum of three years. At its inception, the two practices were combined. Stage One could end sooner at the discretion of the selling, or transitioning, owner. The successor firm provided the practice with the same amount of labor required in the past through a combination of retaining and replacing staff, as both were deemed necessary by the parties. The successor firm took over most of the administration, and the deal was held out to the public as a merger.

The authors have found buyers and sellers prefer this approach for several reasons:

- Transitioning owners are normally exposed 100% to the loss of any business. The loss of a $50,000 client means $50,000 less profit when they are on their own. In a two-stage deal, the successor firm is in a much better position to adjust costs and maintain margins. Under the above compensation formula, the transitioning owner’s compensation decreases by only 40% of the $50,000, instead of all of it.

- If the transitioning owner suddenly needs more labor than he used in the past, he has the resources available. So if he wants to cut back his hours to, say, 80%, he can. His compensation would be adjusted for the use of more labor, but he has much more flexibility.

- The transitioning owner can cut back her overall time due to a much lower administrative burden without giving up income, or she can redirect that time to practice development or more client service.

- This structure operates like a practice-continuation agreement but with complete certainty of outcome.

- Most two-stage buyouts include a retention period just as outright sales do. However, because Stage One is where the transition is primarily executed, client retention is maximized, resulting in maximum value for both parties.

- Both parties can focus on cross-selling additional services and developing new clients during Stage One, leading to a better outcome for all.

- The successor firm usually experiences increased profitability even during Stage One due to elimination of redundant costs such as excess labor, rent, software, etc. Plus the successor firm can offer an expanded service mix to more clients.

For partners in the first category, a traditional merger is probably appropriate. They would exchange the equity in their firm for equity in the combined firm. A two-stage deal would accomplish everyone’s goals for the second category of partners. The partners looking for a short-term transition would be best-served by a traditional buyout using terms negotiated as a part of the merger discussion.

These realities are rewriting the rules for U.S. accounting firms and CPA firm owners. Firms must contend with unprecedented financial, cultural, and marketplace changes.

The JofA is presenting a succession series designed to help accountants navigate the new landscape of succession and mergers. This month’s installment, the fourth in the series, looks at the two-stage deal—a form of CPA firm sale well-suited to succession situations.

CPAs often put off planning for retirement and succession. The main reasons are concern that such plans will result in a loss of income, a loss of control, or both.

A two-stage deal can help move retirement and succession plans forward. The deal is designed for practitioners who are six years or less from reducing their time commitment to the practice.

Two-stage deals call for departing or selling owners to associate with successor firms for a period of time before payments commence for the sale of the practice. This allows the transitioning of clients and staff to the new firm to begin while the selling partner still controls his or her practice and maintains his or her income level.

The first phase of a two-stage deal typically lasts for a maximum of six years and acts much like a practice-continuation agreement, except with income certainty. The selling partner usually runs his or her practice through the administration and infrastructure of the successor firm.

The second phase of a two-stage deal is the buyout, which is delayed until the selling owner no longer is receiving full-time compensation. This saves the successor firm from having to pay the partner’s compensation and buy his or her practice at the same time.