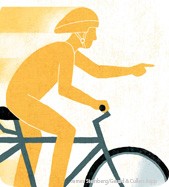 James Quigley, CPA, was CEO of Deloitte Touche Tohmatsu Ltd. from 2007 to 2011. He retired from Deloitte LLP in June 2012, after 38 years with Deloitte. He serves as a trustee of the IFRS Foundation and is co-author of the 2011 book As One: Individual Action, Collective Power, which addresses the leadership challenge of creating environments that inspire large groups to work together toward a common goal.

One of the most serious challenges business leaders face today was demonstrated in a recent survey by Deloitte LLP and Synovate.

Just 45% of 3,108 knowledge workers in the United States reported in 2010 that they were committed or engaged with respect to executing their company’s strategy. Fifty-five percent of respondents said they were passive or opposed with regard to that strategy.

While disheartening, it is important for leaders to know that this kind of disengagement is not inevitable. When you study organizations that are outperforming their very best competitors, you will find that a dramatically higher percentage of their workforces are passionate and engaged about delivering on their companies’ strategy.

Creating an environment and articulating a vision that inspires passion and engagement is a challenge for every leader. Leadership at the highest level is all about driving organizational behavior. The timeless challenge of leadership is to bring together a group of diverse individuals and create an environment where they will work together effectively toward common, shared goals. This is best accomplished through the notion of collective leadership, which brings an organization together as one.

Collective leadership is more complicated than much of the abundant, oversimplified literature on collaboration would have you believe. The too-simplistic theory holds that the hierarchical, general-and-soldiers approach to leadership is bad, while collaboration is good. Although collaborative approaches can help develop passion and engagement among individuals, the need for accountability and clear execution of strategy remains. You need to find a way to blend both concepts so that the organization is networked and collaborative, yet remains focused on execution and accountable for delivering on strategy. The ability to obtain the best of the teams’ innovation and creativity, while maintaining discipline and focus on execution, is the best of both worlds. Creating that culture and environment is no easy task.

Leaders can build the foundation for collective leadership through what could be called the A’s, B’s, and C’s of leadership. The “A” represents an “As One” environment, the leadership ambition, in which those in the organization behave “as one” in pursuit of shared goals and objectives. Achieving that organizational behavior should be the ultimate ambition of anyone who has the privilege of leading a group of individuals. The ambition applies at all levels of an organization—whether leading a client service team of 10, a service line of 100, a geographic marketplace of 1,000, a national function of 10,000, or a firm of 100,000. The B’s and C’s that are the building blocks of effective leadership need to be in place for an organization to behave “as one” in pursuit of shared goals and objectives.

First, let’s examine the C’s. The essential foundation for any organization that hopes to exercise collective leadership can be described with a group of words that start with the letter “C.” These conditions for success include:

Clarity. The leader must establish clarity about what the organization will seek to achieve. You have to create clarity around the purpose of the enterprise and those strategic goals. In Alice in Wonderland, we heard that if you don’t know where you’re going, any road will take you there. If you know where you’re going and you establish clarity so people understand your goals, you have a chance to get to your destination. And you have started to lay the essential foundation.

Climate. You have to create a climate at the enterprise that supports organizational behavior. There are many ways you can think about climate. Sometimes we use the words “culture” or “values” to describe it. Many traditional leadership models focus on the attributes of a successful leader as traits to be emulated. If you want collective leadership, the attributes of the organization—its values, culture, or climate—are what’s important, rather than the traits of the leader. Why does Google allow employees to dedicate 20% of their time to innovate and work on any project they want to work on? The company wants the very best from them, and it wants them engaged with a real sense of ownership. Trust is an attribute that you have to be able to establish as part of that climate if organizational behavior is the ambition.

You could make a case for other “C” words to be included in the conditions for success. Communication is important, but that really is part of creating clarity. If you get people talking about what they would like to see in a well-run organization, many times they also bring up the word “courage” to describe an organization that is willing to try new things and perhaps take some risks. But clarity, climate, and capability are the essentials.

A leader who craves organizational behavior and collective leadership must do a real assessment to gauge if clarity, climate, and capability are properly in place. If there are gaps in those qualities, you have to go to work on them. If you do an autopsy on a failed leader, you are likely to find that he or she never thoughtfully considered those conditions that had to be in place for them to execute his or her strategy.

If the C’s are properly in place, the B’s can help you achieve the organizational behavior and collective leadership you need. They are:

Belonging. You want people to feel as though they are a member of your team so they want to work toward your shared goal. U.S. Olympic basketball coach Mike Krzyzewski provided an example of how to do this when he made Kobe Bryant, LeBron James, Carmelo Anthony, and others from different NBA teams feel as if they were a part of something bigger. Before the players left for London for the 2012 Summer Games, Krzyzewski had them meet with military veterans whom had been wounded fighting for our country. He showed those players who they were representing when they wore the Team USA jersey. They learned what team they truly belonged to, and they won gold medals as a result. (Editor’s note: Quigley is a member of the advisory board of the Fuqua/Coach K Center on Leadership and Ethics at Duke University, where Krzyzewski is the men's basketball head coach.)

Believing. The only way people are going to behave in the way you want is if they believe in what they are doing. One way to get employees to believe is to make strategy development a participatory process. When Sam Palmisano was IBM’s CEO, he used social media to involve tens of thousands of IBM employees in forming its strategy. He also was trying to get them to take ownership of execution. Technology platforms have given us new ways to collaborate. If you use them in a thoughtful, deliberate way as part of strategy development, you can create ownership among employees in the strategy. This will help them believe and increase their commitment to the strategy.

And it’s important to measure that belief with diagnostics and surveys that describe the degree to which people are committed to execute individual elements of the strategy. It’s a classic example of how you can expect what you inspect.

Behaving. If the other B’s and the C’s are in place, you have a chance to achieve the organizational behavior and collective leadership that will take place and allow the organization to function as one. The challenge in which businesses today find employees who are not behaving as they wish—leaving the organization or not performing their best—is amplified by a generation gap between leaders and employees.

Leaders often are part of the Baby Boomer generation whose upbringing by parents who lived through World War II led many of them to believe in doing things the way Gen. George S. Patton did, with a hierarchical style and strict, rigid accountabilities. But when these leaders look at the diverse individuals on their team, they often find a group of Millennials who had a much different upbringing. When the Millennials are given a task, many of them immediately think about whom they can contact in their network to collaborate with to complete that task or solve that problem.

Imposing Patton-style leadership on individuals who are more comfortable networking creates a mismatch that leads to a lack of commitment to execute. So the leader has to have a discussion with the team about how they want to work together. If the team believes networking is essential to delivering on the strategy, you try to enable that. As you work on that, you still need accountability and clear execution of strategy.

You can blend those concepts to have a networked, collaborative team that still is accountable for delivering on strategy. Organizational behavior can be attained when teams look at each facet of the business and ask how they can blend the concepts of networking and hierarchy to optimize the performance of that business process. For example, the collaborative process can draw out the best possible thinking from the team on a new value proposition the organization wants to take to market. After capital is committed to take that proposition to market, you can go to market in the general-and-soldiers way, with clear accountabilities.

Cisco CEO John Chambers said that is the bifurcated approach his company takes. The company innovates in a producer-and-creative team archetype. But when Cisco decides on a product and takes it to market, it does that with a clear hierarchical structure and accountabilities. There are quarterly meetings with the sales force, and clear metrics driven through the organization.

There is no single archetype that is optimal for every enterprise. Many organizations are so complex and of such a scale that a single, one-size-fits-all approach will not optimize the performance of individuals. But you can get the very best from your people if you examine each business process with the goal of creating collaborative leadership.

What does it feel like in Cupertino, Calif., when Apple is working toward the launch of a new product? There is a story about an employee who worked 72 hours straight without sleep to perfect a feature for a product Apple was developing. When the late Steve Jobs talked for nine seconds about that feature when he was announcing and launching the product, the employee described it as one of his greatest achievements. That illustrates the significance of getting the very best from your people. Collective leadership, when properly cultivated, can lead you to the accomplishment of shared goals and the objective of delivering products and services that people love.

—As told to Ken Tysiac ( ktysiac@aicpa.org ), a JofA senior editor.

Read more from "The leadership cycle: Pointing the way to success"
What makes a great leader? What difference does a great leader make? The JofA addresses these questions with an essay package that details one company’s novel approach to divining and developing the talents of team members; outlines the 10 C’s of great leaders; and lays out a road map for developing young talent into leaders.