What have IASB and FASB convergence efforts achieved? 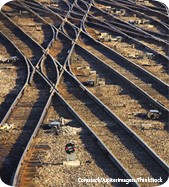 That all changed—and quite dramatically—with two events. First, in 2000, the International Organization of Securities Commissions (IOSCO) endorsed IFRS for cross-border securities offerings in the world’s capital markets. Then, in 2002, the European Union made the bold decision to require IFRS for all companies listed on a regulated European stock exchange starting in 2005. Those events started a snowball rolling, to the point where today roughly 100 countries require IFRS or a national word-for-word equivalent for all or most listed companies.

Almost from the outset, a key goal of the IASB and the IFRS Foundation, under which the IASB operates, has been to bring the United States on board. In a plenary address at the World Congress of Accountants in 2002, Paul Volcker, the first chairman of the Foundation’s trustees, said: “I do not think it reasonable today, if it ever was, to take the position that U.S. GAAP should, de facto, be the standards for the entire world. Rather, the International Accounting Standards Board, whose oversight trustees I chair, is now working closely with national standard setters throughout the world to develop common solutions to the accounting challenges of the day. The aim is to find a consensus on clearly defined principles, and I am delighted that the American authorities appear sympathetic to that objective.”

In October 2002, the IASB and FASB signed a memorandum of understanding that has come to be known as the “Norwalk Agreement.” The two boards pledged to use their best efforts to (a) make their existing financial reporting standards “fully compatible as soon as is practicable” and (b) “to coordinate their future work programs to ensure that once achieved, compatibility is maintained.” “Fully compatible” was generally understood to mean that compliance with U.S. GAAP would also result in compliance with IFRS. That is, the standards would be aligned though not identical.

With the Norwalk Agreement, the boards launched a series of both short-term and longer-term convergence projects aimed at eliminating differences in the two sets of standards. The two boards agreed that where either IFRS or U.S. GAAP had the clearly preferable standard, the other board would adopt that standard. And where both boards’ standards needed improvement, the boards would work jointly on an improved standard.

The Norwalk Agreement has been updated several times since 2002, but always with the objective of two sets of standards that were converged in principle if not in words. The IFRS-U.S. GAAP convergence approach has been repeatedly endorsed by global financial leaders such as the G-20 as an important step on the path toward a single set of global accounting standards.

In November 2007 an important milestone was achieved toward use of IFRS in the United States when the SEC eliminated the requirement that a foreign issuer using IFRS must present a reconciliation of IFRS measures of profit or loss and owner’s equity to amounts that would have been reported under U.S. GAAP. In their comment letter on the SEC proposal that led to removal of the reconciliation, FASB and the Financial Accounting Foundation wrote:

At this point, it is reasonable to sit back and ask two fundamental questions about each of those convergence projects:

1. Have IFRS and U.S. GAAP been converged?
2. Even if convergence was not successfully achieved, has IFRS been improved?

The accompanying table, “Results of Convergence,” sets out my admittedly subjective views about the success of convergence and the resulting improvements to IFRS for each of the projects listed in the various agreements between the IASB and FASB. As a final thought, I would add that convergence may have been the most realistic way to initiate the use of IFRS in the United States, but such an arrangement is not sustainable in the long term. Rather, the best approach for any jurisdiction is outright adoption of IFRS. As the trustees of the IFRS Foundation said recently in the report of their 2011 Strategy Review:

As the body tasked with achieving a single set of improved and globally accepted high quality accounting standards, the IFRS Foundation must remain committed to the long-term goal of the global adoption of IFRSs as developed by the IASB, in their entirety and without modification. Convergence may be an appropriate short-term strategy for a particular jurisdiction and may facilitate adoption over a transitional period. Convergence, however, is not a substitute for adoption. Adoption mechanisms may differ among countries and may require an appropriate period of time to implement but, whatever the mechanism, it should enable and require relevant entities to state that their financial statements are in full compliance with IFRSs as issued by the IASB.

Adoption is the only way to achieve a single set of global financial reporting standards—an objective that both the IASB and FASB have publicly endorsed on many occasions.

Click here to read "Results of Convergence: A Look at the Outcome of Key Joint IASB/FASB Projects"

Editor’s note: Paul Pacter served as a member of the International Accounting Standards Board (IASB) from July 2010 to December 2012. This analysis and table represent Pacter’s opinions and do not necessarily reflect the views of other current or former IASB members, or official positions of the IASB or the IFRS Foundation.

In this opinion piece, former International Accounting Standards Board (IASB) member Paul Pacter describes the accomplishments of the convergence project undertaken in 2002 by the IASB and FASB. He says many standards have converged, and IFRS have been improved as a result of the process.

On a standard-by-standard basis, results of convergence have been mixed, Pacter says. Some standards have been improved. Some have not changed because the boards couldn’t agree on a converged solution. And a few—revenue recognition, leases, and financial instruments—remain under development.

According to Pacter, although progress has been made through convergence, adoption of IFRS for U.S. financial reporting is the ultimate goal. He says adoption is the best approach for any jurisdiction.

Paul Pacter ( ppacter@ifrs.org ) is a former member of the International Accounting Standards Board.

To comment on this article or to suggest an idea for another article, contact Ken Tysiac, senior editor, at ktysiac@aicpa.org or 919-402-2112.