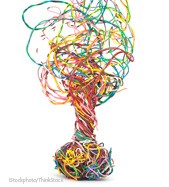 While the comprehensive corporate tax reform desired by the business community remains highly elusive, businesses did receive a number of concessions via the American Taxpayer Relief Act of 2012 (ATRA), P.L. 112-240, which was signed into law Jan. 2, 2013. The act extends through 2013 an assortment of expired or expiring temporary business tax credits and other provisions, thus providing a narrow window for tax planning. This article analyzes the potential effects and interactions of these provisions and evaluates their financial statement impact.

The extended business tax provisions’ effect on a taxpayer’s financial statements depends upon: (1) whether the extension is retroactive or prospective and (2) whether the impact is permanent or only one of timing. Retroactive benefits will be reflected as a one-time, discrete “catch-up” benefit, while the prospective extensions should not have an immediate effect. In addition, while the extension of benefits that are permanent (e.g., research and development (R&D) credits) typically result in a reduction to tax expense, the acceleration of deductions may lower cash taxes but will probably not affect the tax rate.

Research and development tax credit. Most notably, ATRA extends retroactively from Jan. 1, 2012, through the end of 2013 the Sec. 41 credit for increasing R&D activities, which had lapsed at the end of 2011. The act also modifies the rules for (1) calculating the credit when a major portion of a trade or business (or a separate unit thereof) changes hands and (2) allocating the credit among members of a controlled group. The credit for R&D expenses will again expire for amounts paid or incurred after Dec. 31, 2013.

FASB ASC Paragraph 740-10-45-15 requires an entity to record the effects of a change in tax law or rate change on deferred tax accounts in the period that includes the enactment date, which for U.S. federal purposes is the date the president signs a tax bill into law, rather than the effective date. The related impact should be recorded as a discrete item in the interim period that includes the enactment date and must not be apportioned among the current-year interim periods through a modification of the annual effective tax rate (ETR). ATRA was signed into law on Jan. 2, 2013 (the enactment date); therefore, companies must recognize the provisions’ tax impact as a component of income tax from continuing operations in the period that includes Jan. 2, 2013 (2013 for calendar-year companies).

Contrary to the general rule under ASC Paragraph 740-10-30-17 requiring the consideration of all currently available information when determining the need for a valuation allowance, a corporation should not consider the tax law changes when evaluating the realizability of deferred tax assets (DTAs) prior to the period that includes the enactment date. Thus, for example, projected future taxable income from the extended subpart F provision should technically be considered. In accordance with ASC Topic 855, Subsequent Events, to the extent that omitting any disclosure of the extenders and their impact would cause the financial statements to be misleading, an entity should disclose both the nature of the extenders and their estimated financial effect. Thus, if a company’s current or projected financial position is significantly affected by these provisions, management should consider disclosing this impact in the annual report.

As it applies to 2012, the extension of the R&D tax credit is a retroactive tax provision. The credit creates a permanent tax adjustment reducing the taxpayer’s tax expense (or increasing its DTA). Since the credit expired on Dec. 31, 2011, and was not extended until Jan. 2, 2013, the taxpayer does not reflect this tax credit in its calendar-year 2012 financial statements but rather will record a retroactive discrete benefit for the 2012 credit in 2013 and will reflect the projected 2013 credit in the annual ETR computation. Businesses will remeasure current and deferred taxes and any related unrecognized tax benefit disclosures following Jan. 2, 2013, and report the effect of the change in tax law in the 2013 tax provision.

Corporate taxpayers should have also previously factored in the termination of the lookthrough rule and active financing exception in assessing current and deferred taxes on earnings of foreign subsidiaries. As a result of the Dec. 31, 2011, expiration of the subpart F anti-deferral provisions, U.S. corporations may have had to recognize a current tax provision relating to certain earnings of foreign subsidiaries despite any plan to permanently invest these earnings.

The extension of the accelerated recovery method for depreciable property under Sec. 179 will create a temporary book-tax difference and does not affect the corporation’s tax provision. In 2012 and 2013, using this extended provision would decrease a taxpayer’s DTA as well as its taxes payable. The retroactive extension of accelerated depreciation of qualified leasehold improvements under Sec. 168(e) creates a temporary tax difference that affects only the calendar year 2013 financial statements. Taxpayers that use this extension will typically not receive a provision benefit and will report a decrease in DTAs and taxes payable in 2013 only due to the retroactive application of this provision to any property that qualified for the depreciation method in 2012.

Retroactive extenders’ effect on income tax returns. Fiscal-year taxpayers that previously filed a tax return may amend their return to claim the full amount of the research credit to which they are entitled, any applicable foreign income exemptions, and the tax savings associated with the accelerated depreciation of leasehold improvements after Dec. 31, 2011. Taxpayers that overpaid their fiscal year 2013 estimated taxes due to the expiration of these retroactive provisions can adjust subsequent estimated tax payments or apply for an immediate cash refund of the overpayment by filing Form 4466, Corporation Application for Quick Refund of Overpayment of Estimated Tax, after year end but before the due date of the original return (see “Turning Business Losses Into Tax Refunds,” JofA, July 2010, page 46). Because of the March 15 original filing deadline, calendar-year corporate taxpayers may obtain a refund only when requested with a filed tax return.

Election to claim AMT credit in lieu of bonus depreciation. The act also extends through 2013 the provision under Sec. 168(k)(4) that permits corporations with pre-2006 alternative minimum tax (AMT) credit carryforwards to make a temporary election to forgo bonus depreciation for property placed in service before Jan. 1, 2014 (Jan. 1, 2015, for certain long-production-period property and certain aircraft), and convert a portion into currently refundable credits. Taxpayers must agree to forgo the use of bonus depreciation on qualified property placed in service and instead depreciate using the straight-line method. The additional (refundable) credit is limited to the lesser of $30 million or 6% of the credits generated in tax years beginning before Jan. 1, 2006, that were not used in tax years ending before April 1, 2008.

The extensions under Sec. 168(k) allowing 50% bonus depreciation and the election to accelerate AMT credits in lieu of bonus depreciation create a temporary book-tax difference, decreasing a taxpayer’s DTA and taxes payable. The extensions are effective for 2013 and do not have a retroactive impact on the 2012 financial statements. These extensions will typically not have an effect on a calendar-year corporation’s tax provision, except for companies paying current income taxes but that are still in a valuation allowance position. In this case, the current tax benefit will not be offset by a corresponding deferred tax expense.

The American Taxpayer Relief Act of 2012 (ATRA), P.L. 112-240, extended many expired or expiring business tax provisions. Because it was signed into law on Jan. 2, 2013, financial reporting treatment of provisions that were extended retroactively to 2012 will differ from their tax treatment. The financial reporting impact will also be either permanent or only one of timing.

Among retroactive extensions producing permanent tax-book differences is the Sec. 41 research and development tax credit. If claimed for 2012, it is not reflected in calendar year 2012 financial statements but as a retroactive discrete benefit in 2013.