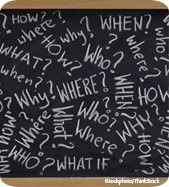 The word skepticism is derived from the Greek word skeptesthai, meaning “to reflect, look, or view.” It has evolved over the past 2,300 years to represent, among other definitions, the application of reason and critical analysis in the search for a factually supported conclusion. In this context, the concept of skepticism has been adopted in many professions—chief among them auditing—as an important attitude for individuals to apply in fulfilling their duties. A skeptical mindset is the key to detecting fraud. Is your professional approach sufficiently skeptical? Do you know how to apply skepticism in your engagements to uncover the red flags of fraud? Take this quiz to find out.

1. AICPA auditing standards define professional skepticism as which of the following?

a. An adverse stance that involves proactively questioning the authenticity of all audit evidence.
b. An attitude that includes a questioning mind, being alert to conditions that may indicate possible misstatement due to fraud or error, and a critical assessment of audit evidence.
c. An assumption that fraud is present until sufficient evidence has been collected to prove otherwise.
d. A mindset applied throughout the audit that involves obtaining independent verification of all information.

2. Nadia, CPA, is conducting an audit of Wiseacre Inc. This is her third year leading the audit of the company. The previous audits have gone smoothly, management and staff have been helpful, and all the audits have resulted in unqualified opinions. In particular, Wiseacre’s CFO, Jeff, has always been forthright and accommodating to the audit team. This year, when Nadia meets with Jeff, he appears calm and answers directly. But when Nadia asks Jeff whether there have been any changes in the company’s revenue recognition process, he appears distracted, replies, “um, no, not really, well … no, um … no, no real changes, nothing material” and then excuses himself, claiming he just remembered a meeting he needed to attend. In considering Jeff’s response, Nadia should:

3. Confirmation bias is the tendency of people to employ confirmatory search strategies—that is, to gather facts that support their expected conclusion. Research shows which of the following is true regarding confirmation bias in auditors?

4. Statistically, which of the following scenarios should an auditor be most skeptical about as a potential warning sign of fraud?

a. A sales representative who drives a sports car, takes exotic vacations, and otherwise exhibits a lifestyle that exceeds his known means.
b. An accounts payable clerk who has an unusually close relationship with the representative at one of the company’s biggest customers.
c. A marketing executive who is struggling with a prescription drug addiction.
d. A warehouse foreman who is experiencing serious family problems.

5. Lorenzo is auditing Tin Roof Inc.’s contract revenue, an area in which the risk of fraud has been assessed as high. Which of the following pieces of audit evidence is the most reliable?

6. According to the PCAOB, a mindset of professional skepticism is particularly important with regard to several specific areas during an audit. Which of the following is NOT one of these areas identified by the PCAOB?

7. Timothy is interviewing Pam about how invoices get approved for payment. Timothy asks Pam, “What types of exceptions occur in this process?” Which of the following responses most indicates that Pam has nothing to hide about the invoice approval process?

a. “What types of exceptions occur in this process?”
b. “You know, I’m honestly not sure. As far as I recall, there haven’t been any exceptions.”
c. “Are you interviewing everyone else in the department, too? Because they might have some good examples.”
d. “I’ve only been in this position for three months, and I haven’t encountered any exceptions yet.”

8. Which of the following is NOT a way to help ensure and improve the professional skepticism among an audit firm’s staff?

1. (b) AU-C Section 200, Overall Objectives of the Independent Auditor and the Conduct of an Audit in Accordance With Generally Accepted Auditing Standards, requires that the auditor maintain professional skepticism throughout the planning and performance of the audit and defines professional skepticism as “an attitude that includes a questioning mind, being alert to conditions that may indicate possible misstatement due to fraud or error, and a critical assessment of audit evidence.” The standard states that auditors may accept evidence gathered as genuine unless there is reason to believe otherwise; however, it also notes that a mindset of skepticism requires the auditor to question any contradictory evidence and to remain watchful for information that casts doubt on the reliability of documents and responses received during the audit.

2. (c) According to AU-C Section 200, the auditor should neither assume that management is dishonest nor assume unquestioned honesty. Although Nadia is not expected to disregard her previous positive experiences with Jeff and Wiseacre’s other staff members, she is always required to exercise professional skepticism. In this situation, such a mindset would involve performing further procedures to obtain sufficient evidence that either satisfactorily corroborates or contradicts Jeff’s response. Additionally, Nadia should not be satisfied with less-than-convincing evidence regarding the company’s revenue recognition procedures, or any other matters, due to any existing impression she has regarding Jeff’s honesty.

3. (a) Confirmation bias is a significant challenge in auditing; it often occurs unintentionally, such as through selective memory or slanted interpretation of ambiguous information, even when the auditor is attempting to maintain skepticism in an engagement. Research conducted by John T. Reisch and Robert A. Leitch compared the confirmation bias exhibited by auditors with more than two years of audit experience and the confirmation bias exhibited by those with less than two years of experience, based on both the source of the information (i.e., whether it came from the client CFO or the audit partner) and whether the information was positive (i.e., supported the client’s assertion) or negative (i.e., rebutted the client’s assertion). The findings indicated that both experienced and inexperienced auditors tend to exhibit some form of confirmation bias but that the way this tendency manifests is notably different between the two groups. Specifically, Reisch and Leitch’s findings revealed that experienced auditors tend to:


In contrast, Reisch and Leitch’s research showed that inexperienced auditors tend to:


4. (a) One of the most important means of gathering audit evidence—and one that is often underused—is observation. Further, viewing the numbers, transactions, and processes under analysis as inherently intertwined with the individuals involved in those components provides a foundation to the framework for applying professional skepticism. Proactively observing the human element of the area being audited and applying the lens of professional skepticism to behaviors that might be written off as “unusual” are paramount in identifying circumstances that indicate a heightened risk of fraud.

In fact, 81% of fraudsters display some sort of behavioral symptoms. According to the Association of Certified Fraud Examiner (ACFE) 2012 Report to the Nations on Occupational Fraud and Abuse, at the time of their frauds, perpetrators display the following traits:


Keeping these warning signs in mind, auditors should be acutely aware of such risk factors as they observe individuals during their audit procedures. However, skeptically observing individuals in this way does not mean accusing someone who drives a nice car or carries a designer purse of fraud. Instead, auditors should watch for red flags, such as a discrepancy in someone’s lifestyle and income, and, if noted, seek out evidence to confirm or refute legitimate reasons for such circumstances.

5. (b) In many fraud cases, the perpetrator manipulates documents or records in an attempt to conceal his or her misdeeds. Common concealment methods include modifying, duplicating, and destroying evidence. With this in mind, the auditor should be skeptical of anything other than original documents; photocopies, faxes, and documents that have been scanned or converted to electronic format are more easily manipulated and should be considered less reliable as audit evidence. Further, a mindset of professional skepticism dictates confirmation of evidence with independent third parties. PCAOB Auditing Standard No. 15, Audit Evidence, states that evidence obtained from a knowledgeable source independent of the company is more reliable than evidence obtained only from internal company sources. Examples of such evidence include:

6. (d) In December 2012, the PCAOB issued Staff Audit Practice Alert No. 10, Maintaining and Applying Professional Skepticism in Audits, to remind auditors of the requirement to exercise professional skepticism during audits and to provide guidance for doing so. This release states that although professional skepticism is vital throughout the audit, it is “particularly important” with regard to several specific areas, including:


7. (d) Interviewing individuals often requires the most intentional application of professional skepticism of any part of an audit engagement. The auditor must not only be asking questions and processing the answers, but also must be alert for inconsistencies or statements that conflict with other evidence that has been gathered. Further, fraud perpetrators typically seek to conceal their misdeeds by attempting to deceive the auditor. Consequently, the auditor must also understand and watch the interviewee for signs of dishonesty.

Most individuals—including fraudsters—who are seeking to conceal the truth prefer to do so by deflecting a question rather than by making a dishonest assertion. And while there are no absolute signs that someone is lying, there are patterns in responses that can help an auditor pick up on areas where an individual might be attempting to avoid providing a truthful answer. These include:


8. (a) The International Auditing and Assurance Standards Board (IAASB) issued a Staff Questions and Answers document on Professional Skepticism in an Audit of Financial Statements in early 2012. This guidance includes numerous suggestions for audit firms to enhance staff awareness about professional skepticism and to reinforce the importance thereof during audit engagements. The PCAOB’s Staff Audit Practice Alert No. 10 also provides numerous ways for firms and audit teams to ensure or improve professional skepticism among staff members. Among the recommendations of the IAASB and PCAOB are:

If you answered seven or eight questions correctly, congratulations. Your awareness and understanding of the need for professional skepticism will greatly assist you in protecting your clients or employer from fraud risks.

If you answered five or six questions correctly, you’re on the right track. Continue to build your ability to maintain skepticism during professional engagements.

If you answered fewer than five questions correctly, consider strengthening your professional skepticism to help ensure that you have what it takes to keep an organization’s assets and resources protected from potential fraudsters.

Andi McNeal ( amcneal@acfe.com ) is director of research for the ACFE.