Talent: A battle on two fronts 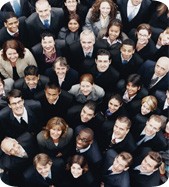 Forty-three percent of 1,200 global CEOs surveyed by PwC late last year said hiring workers had become more difficult. A quarter of more than 300 U.S. employers in a Deloitte survey in December said the shortage, motivation, and retention of qualified talent was the most significant challenge they would face in the next three years, up from 16% a year earlier.

“We are in a talent crunch that is being felt across the world,” Ed Boswell, U.S. Advisory People and Change practice leader at PwC, said in a statement.

And that’s only half of the staffing challenge facing companies today.

As the global economy improves, organizations that are looking to grow or restock their ranks are expected to compete aggressively for those hard-to-find, top-notch employees, which is why retention—not just hiring—has become top-of-mind among senior managers.

Fifty-six percent of human resources professionals say the retention of key talent—employees who are the strongest performers, have high potential, or are in critical jobs—has become more difficult, and the same percentage said they expect top employees to search for better jobs as the economy improves, according to Retention of Key Talent and the Role of Rewards by WorldatWork, a nonprofit that focuses on compensation and benefits. Retention is now a major concern of senior management, according to 65% of the June survey’s 526 respondents. Only 51% are confident their organization can retain key talent as the economy improves.

As the global economy has limped along, employees have become more frustrated because, even if they retained their jobs, layoffs have made their work more difficult and, in some cases, reduced benefits, such as a 401(k) match. As a result, many workers might be looking to jump to more lucrative or flexible positions elsewhere.

There’s a tried and true solution to this: money. Companies with retention programs say above-average pay is still one of the most effective ways to keep talent. But offering benefits such as flexible scheduling or even just having discussions about future opportunities are also proving to be effective, the WorldatWork survey showed. And companies are expanding coverage of some benefits to people who may not have traditionally been included in the conversation.

More organizations, for instance, are expanding the concept of who constitutes an employee’s family when they make accommodations for international assignments and are increasingly including unmarried domestic partners in such mobility benefits.

Fifty-five percent of organizations include unmarried domestic partners of the opposite gender in their mobility plans, according to KPMG’s Global Assignment Policies and Practices survey. That’s more than twice the 24% of companies surveyed in 1999. The percentage of mobility plans including same-sex partners, meanwhile, has almost tripled. Forty-nine percent of companies surveyed now offer such benefits, compared with 17% in 1999.

The reason, according to Achim Mossmann, a principal in KPMG’s International Executive Services practice: Employers are reporting difficulties finding the right people to fill vacancies and are fretting about keeping their key talent.

The AICPA and the Chartered Institute of Management Accountants (CIMA), recognizing the need of companies to understand and measure the value of human capital, have been developing two tools to help companies measure the cost of losing and replacing talent (COLT and CORT). You can learn more at tinyurl.com/clz5jwb.