Bridging compensation gaps in a merger 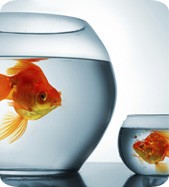 Accounting-firm mergers must overcome numerous obstacles. One of the most common—and challenging—involves compensation and benefits for partners and staff. Merging firms usually have differences in compensation levels, compensation methods and benefits packages. It’s crucial for staff and partner retention that the merging firms combine the varying systems into one without people feeling like they came out losers.

Any merger or acquisition must address two major constituencies: clients and personnel. Generally, failure to retain a high percentage of either clients or personnel (or both) will result in a failed merger.

Firms contemplating a merger must understand the connection between staff and partner retention and client retention. Accounting firms are, for the most part, in a relationship business. The differentiation among firms comes in the relationships clients have with the people at the firm. If you have high staff and partner turnover, you likely will experience unexpected client attrition—a mortal blow to a merger.

To avoid this, merging firms must address potential compensation and benefits problems. Pay and perks might not be the most important factors in employee satisfaction, but they cannot be ignored. You will lose employees if they feel they are underpaid and that they have other employment options.

Here are two examples showing ways to successfully navigate situations where compensation and benefits differences could trip up a merger. In both scenarios, the three C’s of M&A—culture, chemistry and communication—play a key role.

How should Black & Co.’s leaders handle the situation? First, keeping the White & Co. employees whole in their compensation package would not squeeze the combined firm’s margin because White & Co.’s margin already reflects these costs. Second, Black & Co. should come up with a plan to keep White & Co.’s seniors long enough to determine if they can meet Black & Co.’s performance expectations for managers.

Here are two approaches that could work:

Option 1. Promote the White & Co. seniors to manager and maintain their current compensation. Keeping them as seniors at their current pay could cause resentment with Black & Co.’s seniors. If, after 12 months or so, White & Co.’s seniors can’t cut it as managers, Black & Co. could terminate or demote them with far less risk that the changes would lead to client problems or attrition. The most likely time for a client to leave after a merger is before he or she becomes familiar with the new firm and its people.

There is risk with this approach. If the White & Co. seniors can’t perform at the level required of Black & Co.’s managers, promoting White & Co.’s seniors could lead to problems such as poor client service and failure to comply with professional standards. This likely would result in lower staff morale, disputes with dissatisfied clients and extra costs. To help avoid this, Black & Co. should establish enhanced supervision for these new managers until the firm is confident in their capabilities.

Generally, flexibility on the above issues is a small matter considering the stakes: either not completing a merger that both firms want or completing the merger and having it be less successful than it could have been.

Brown & Co.’s partners enjoy virtually none of the same benefits and are limited by policy to four weeks of vacation per year. Green & Co. is a corporation and, therefore, pays its shareholders as employees, while Brown & Co. is a partnership, so its partners have to pay their own self-employment taxes and other benefits.

Clearly, there are major differences in the two firms’ cultures, as evidenced by their approaches to shareholder benefits. This raises a key question: Would the two partners of Green & Co. planning to stay on long term be able to adjust to Brown & Co.’s culture and live with the firm’s policies? If the answer is “no” or a grudging “yes,” the merger likely would fail. If the answer is a categorical “yes,” the odds would favor the firms’ reconciling the issues of compensation and benefits to everyone’s satisfaction.

The first step in the reconciliation process is to determine the effective income of each partner or partner-to-be by adding back to reported income the value of all benefits and perks. Comparing compensation on this apples-to-apples basis is important in assessing the firms’ compatibility.

Assuming the net incomes per partner are reasonably similar, or that the differences are manageable, a successor firm such as Brown & Co. usually would guarantee the new partners’ compensation for one or two years following the merger, provided they maintained their fee volumes and personal productivity.

In this case study, the Green & Co. shareholders have been together a long time, so they would have devised their own methods for allocating compensation. Further, it would be challenging for the Brown & Co. partners to assess each of their new partners’ worth in the initial stages. Therefore, it would be quite common for Brown & Co. to allocate a “block” of income to the new partners and let them determine how to divide it among themselves.

The ex-managing shareholder of Green & Co. might come under the same arrangement, but because the objective for him is to cut back and transfer responsibilities to others, his pay is more likely to be set either as a formula based on how well these goals are met or as a fixed amount. Brown & Co. should tolerate his liberal time off during the three-year period leading up to his retirement, as long as the effect on the combined firm’s profitability can be calculated and any negative variance leads to an adjustment in his compensation.

The other two new partners of Brown & Co. would become part of the firm’s normal partner compensation system after the guarantee period, or they might opt to do so sooner if it is to their benefit.

The Green & Co. shareholders are used to operating under a corporate structure. They might find it advantageous from a tax standpoint to set up individual corporations to become the partners in the merged firm. This would allow them the option of continuing their various corporate deductions.

As shown in the above examples, differences in compensation and benefits can be major obstacles for mergers, but firms can clear those hurdles through a combination of creativity and collaboration.

Besides compensation, several other areas can cause post-merger stress. They should be covered in detail in the merger agreement.

Client transition. In Case Study 2, it is assumed that the retiring managing partner will transition his clients during his three-year tenure with the new firm. But what if he doesn’t, or he doesn’t do so in a reasonable time frame? (We had one retiring partner wait until the last day!) The solution is to spell out a detailed transition process in the merger agreement. The document should incorporate a client list with the names of the new partner and manager in charge of each account and the date by which the account will be transferred. The merged firm also should establish compliance incentives for the retiring partner (for example, no pay reduction despite the loss of personal chargeable time) or, if need be, penalties for noncompliance (for example, reduction of retirement pay if clients are lost due to a late transition).

Advising clients. There usually is an assumption that the post-merger firm will advise both firms’ clients about the transaction. The merger agreement should state exactly how this will happen. Identify which clients will be informed by letter, which ones will receive a personal phone call, and which ones will require an on-site visit. Also, specify the time frame for completing each task.

Perquisites or “perks.” Partners usually go into a merger assuming they will enjoy the same perks they did before, but as shown in Case Study 2, this isn’t always the case. It’s important to document what will happen with perks. Here are a few perks that merging firms should consider, define and resolve to everyone’s satisfaction:

Other Post-Merger Issues: A Case Study

Sandra is a CPA who has operated her own practice for 30 years. She grossed $600,000 last year. She recently turned 60 and decided she wanted to slow down over the next few years and retire.

She entered into a multistage deal with a two-partner LLP in the same town. Her lease was coming to an end. The LLP had excess space, and she knew the players. All the stars seemed to be aligned.

In the first stage of the deal, the LLP gave Sandra a down payment of $100,000. For the next three years, she would be a non-equity partner in the LLP with a guaranteed income, provided she practiced at the same level as before. In the second stage, Sandra would retire and then receive 25% of collections from her clients for the next four years (offset by a proration of the $100,000 down payment).

The transaction was subject to rescission by either party during the first 12 months. It collapsed in only three months. Let’s look at the reasons:

At the end of the day, it came down to, as it always does, the 3 three C’s of M&A: culture, chemistry and communication. With these in place, almost any deal will work. Without them, the deal has almost no chance.

One of the biggest challenges in retaining partners and staff in a merger is reconciling differences in pay and benefits offered by the merging firms. Partners and staff who feel like the merger is hurting them financially are much more likely to quit the combined firm.

Merging firms must understand that the retention of partners and staff plays a crucial role in preventing client attrition. The accounting business largely is built on the relationships between firm personnel and their clients.

Firms should deal with potential compensation complications in the merger agreement. The document should provide details and deadlines for how pay and benefits will be handled in the new firm.

Culture, chemistry and communication are essential ingredients in a successful merger. When they combine those with collaboration and creativity, firms usually can reconcile compensation and benefits differences.

The Private Companies Practice Section (PCPS) is a voluntary firm membership section for CPAs that provides member firms with targeted practice management tools and resources, as well as a strong, collective voice within the CPA profession. Visit the PCPS Firm Practice Center at aicpa.org/PCPS.