Q: Help! My laptop has half-size keys, and this keyboard is almost impossible to use with my large fingers. What can I do? (The image at right shows two normal size left and right arrow keys, and two half-size up and down arrow keys.)

A: The same thing happened to me earlier this year, and I found this frustrating, too. I purchased a laptop computer for use in delivering CPE courses, but I was unaware how difficult it is to use half-size keys. The problem became very noticeable the first time I taught an Excel course in front of a live audience. I was unable to smoothly use the smaller up and down arrow keys without accidentally pressing adjacent keys. This made me look more like an amateur than a seasoned presenter. Luckily, I always carry an older laptop as a backup, and I quickly switched to my older system to complete the presentation.

Later, I practiced for several hours in an effort to get used to the smaller keys, but I found that no amount of practice would make my fingers smaller. At that point, I purchased an external keyboard. (Actually, I bought two of them because the first one was too noisy.) Unfortunately, these external keyboards were problematic because they do not always fit well on lecterns (or in my luggage).

My final attempt to fix this problem involved gluing a piece of plastic across the two smaller keys, and then using ATNSOFT’s Key Remapper tool ($14.95) (atnsoft.com/keyremapper) to remap the Shift key and half-size up arrow key. As a result, the large Shift key is now my new up arrow key, and the old half-size up arrow key no longer has a function. This solution provides me with full-size up and down arrow keys, before and after pictures of which are shown below. 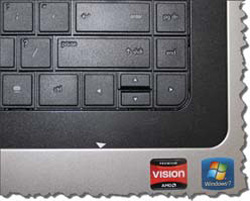 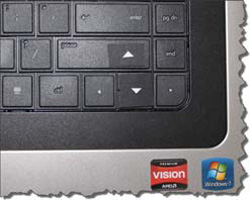 The new keys took a little practice, but this solution is working fine.

Note: I considered returning the computer to the place of purchase, but I’d already spent more than 40 hours loading and configuring the device—so a laptop swap would have set me back even further. I also contacted the manufacturer to order a replacement keyboard with full-size arrow keys, but none was available for my laptop model. In summary, I classify my experience as a lesson learned in the school of hard knocks, and I advise everyone to avoid half-size keys, especially if you use Excel heavily.