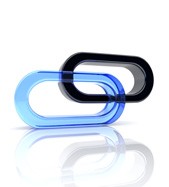 Fears of a “double-dip” recession in 2012 may have subsided, but the overall economic forecast remains uncertain. Therefore, companies are looking beyond organic, internal growth to external growth sources to bolster company performance.

A recent study by The Boston Consulting Group (BCG) touted the power of acquisitions for growth during turbulent economic times. The study found a positive correlation between mergers and acquisitions by companies during economic downturns and superior shareholder returns for those companies (“The Power of Diversified Companies During Crises,” Jan. 25, 2012, available at tinyurl.com/7tl8a3c; free registration required). The BCG noted that “[merger-and-acquisition activity] executed during downturns, when GDP growth is below its long-term average of 3 percent, tends to produce substantially higher long-term shareholder returns than deals done in economic upturns.” The BCG also noted that “[o]verall, the outperformers conducted 2.2 times as many acquisitions as the underperformers.”

Although acquisitions can be important to strategic growth during times of economic uncertainty, the execution of an acquisition can be challenging, especially regarding tax compliance. Within each key component of an acquisition (due diligence, integration, accounting/financial reporting, and post-acquisition compliance), certain tax concerns, if not identified early and properly addressed, can significantly impair the successful execution of the overall combination.

One of the most challenging aspects of assessing tax liabilities is the time required to identify them. Typically, such identification requires obtaining supporting documentation for all open tax years, which initially may include prior-year tax returns, tax provisions, and adoption- and subsequent-year support of FASB Accounting Standards Codification (ASC) Subtopic 740-10 (previously FIN 48), Accounting for Uncertainty in Income Taxes. Moreover, if the target company has made any prior acquisitions, similar data for the acquired companies will be required. In many cases, this data must be tracked down via old databases, multiple binders, and off-site storage centers, which typically requires significant time. In some cases, authorization may be required from one or more tax service providers, which also may delay the identification process.

Following are examples of challenging tax liabilities to identify and quantify as part of due diligence that companies should prepare for early and investigate thoroughly:

Target acquisitions. The target company previously may have acquired one or more companies and may be carrying tax attributes, reserves, etc., from those companies on its books. It is important to review these amounts thoroughly for accuracy and assurance that the target has properly identified and recorded these items. If these items have not been properly identified either by the target company or as part of the due-diligence process, additional tax liabilities may arise.

ASC 740-10 reserves. Ideally, the target’s adoption of ASC 740-10 and subsequent quarterly/annual updates should have uncovered any material income tax uncertainties from a federal, state, and foreign income tax perspective. But again, as part of uncovering tax liabilities within the due-diligence process, the acquiring company should review existing reserves for accuracy and determine whether additional reserves are necessary. As some time may have passed since companies adopted ASC 740-10, underlying studies and supporting analyses may require updating. Areas likely needing updated analyses include state nexus, tax attribute limitation, tax credits, permanent establishment, and transfer pricing.

In addition, other taxes not covered by ASC 740-10 (e.g., sales/use, payroll, property, franchise, and value-added tax) should be reviewed as well for potential additional tax liabilities. Even if a target company has large losses, significant tax liabilities may be found in foreign taxes and these non-income-based taxes.

As with due diligence, the integration process necessary for a successful acquisition can be mired in tax-related concerns. Typically, the most challenging tax concern during this acquisition stage is the propensity to contain such efforts solely within the tax department when, in reality, tax effects ripple throughout many departments.

Following are key departments, beyond core tax, that should be included in the integration process, along with the potential tax implications if excluded:

Legal. It is critical that the legal department be involved in the tax aspects of integration to assist in creating a tax-efficient, post-acquisition organizational structure. The legal department can help achieve an organizational structure that provides optimal tax and treasury results. Such reorganization may include eliminating or merging subsidiaries in the same jurisdictions to prevent duplicative filing requirements and general complexity but should be weighed against the potential loss of tax attributes from the eliminated subsidiary. In addition, the target company may bring new intercompany synergies that create improved transfer-pricing opportunities and minimize foreign withholding taxes. It also is important that the legal department be involved with respect to the situs of intellectual property, which can significantly affect future income and withholding tax liabilities.

Information technology. An acquisition can present a significant administrative burden for the tax function if the information technology (IT) department is not involved early in the integration process. A typical example is a target company that previously changed its tax-related IT systems. Key data necessary for ongoing target tax compliance may be lost if the old IT systems are not identified and preserved. Another example is a target company’s using multiple IT systems for assessing various tax liabilities, such as income, sales/use, and payroll taxes. It is important that each tax-related IT system of the target be identified and incorporated into the acquiring company’s systems. Overlooking any of these tax-related systems may result in miscalculation of tax liabilities and a need to re-create supporting documentation.

Human resources. It also is important that human resources be included in acquisition integration efforts because of the effect payroll has on the tax function. State filing requirements and apportioned income are based in part on the location of payroll. Therefore, upon combination of the companies, payroll effects should be evaluated to determine whether they give rise to or eliminate state filing requirements, as well as their impact on state-apportioned income. Similarly, the foreign tax implications from integrating payroll also should be considered with respect to additional or eliminated filing requirements, as well as their impact on foreign tax liabilities.

An otherwise successful acquisition can be complicated by the related tax purchase accounting requirements. The complexity stems primarily from the existing purchase accounting rules that could produce results that may seem counterintuitive and therefore may be misapplied, with significant financial statement implications for the acquiring company.

Following are some of the more challenging purchase accounting rules that could significantly affect the acquiring company’s financial statements.

In practice, this rule means that the establishment on the books of the acquired entity of deferred tax liabilities (DTLs) related to non-goodwill intangibles generated as part of the acquisition could have the effect of releasing VA on the books of the acquiring company, with the offset being that an income tax benefit is recorded. If the acquired entity is in a net DTL position after all purchase accounting adjustments are recorded (often because of significant amounts of non-goodwill intangibles), the corresponding income tax benefit associated with the release of VA on the acquirer’s books may also be significant. The rules on this are rather complex, and, as such, a substantial amount of analysis should be performed to ensure they are being applied properly.

Subsequent accounting for uncertain tax positions assumed in an acquisition. As with the previous two purchase accounting rules, uncertain tax positions assumed in an acquisition also may produce unexpected results, as they require subsequent tax reserve adjustments that do not qualify as measurement-period adjustments to be accounted for outside purchase accounting. The result of the application of these rules, again, is potentially an increase in earnings volatility.

Although it is relatively well understood that short-period federal, state, and foreign income tax returns will often be required for the target from the beginning of the target’s tax year through the acquisition date, navigating the completion of such returns may prove challenging. Therefore, this process should be started as early as possible.

Determine the preparer. This may seem obvious, but, in practice it can pose many hurdles. Several tax service providers may be involved, all with the capacity to prepare such returns. For simplicity, the short-period returns are often prepared by the same tax service provider used to prepare the target’s prior-year returns, even if ultimately the surviving company tax function is covered by a different tax service provider. Conversely, as a new preparer is generally used in post-acquisition periods, the surviving company may want to integrate the target’s data as soon as possible and begin by processing these returns.

Maintain prior preparer relationship. Regardless of which tax preparer ultimately completes the target’s short-period returns, it is important that relationships be maintained throughout the transition process. While most information should be obtained in the due-diligence process, the surviving company may still be somewhat dependent on the target’s preparer for obtaining tax return preparation data, gaining access to prior-year supporting data, understanding current- and prior-year tax positions taken, and better understanding the target company in general. Without this information, the time and effort involved in understanding and re-creating necessary target data can be daunting.

Understand due-diligence results. Before preparing and filing the short-period returns, it is important to review the results of due diligence to ensure noted tax exposures have been addressed, tax attribute carryforwards have been perfected, and jurisdictions where filing obligations were found to exist (and those where final returns are applicable) are identified.

Companies can grow through merger and acquisition even in periods of economic uncertainty, but to do so successfully, they must plan and manage tax and other aspects of the transition through due diligence, integration, proper accounting and financial reporting, and tax compliance.

During the due-diligence process, an acquiring company should scrutinize tax attributes from any previous acquisitions, reserves for uncertain tax positions, and any ongoing tax audits of the target company.

In the integration phase, the company should keep taxes in mind as it combines not only the target’s and its own tax departments, but their legal, information technology, and human resources departments as well.

Accounting and financial reporting issues deserving special care include proper recording of the release of valuation allowance for the acquirer’s deferred tax assets and of any acquired uncertain tax positions.

After an acquisition, a company benefits from continuity between previous and successive tax preparers, addressing any issues revealed during due diligence, and evaluating the target’s short-period returns for tax attribute limitations and other tax-related implications of the change in control.