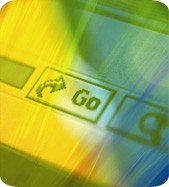 The Journal of Accountancy and The Tax Adviser conducted a survey of AICPA members who prepared 2009 tax returns for a fee to determine which tax preparation software products were the most popular, what aspects of those products preparers liked, and what they disliked. Of the 17 products identified for the survey, Drake and UltraTax CS, a Thomson Reuters product, were in a virtual tie for first place for the highest overall rating. Drake scored the highest (4.44) on a scale of 1–5, with 5 meaning “very good.” That was just a hair above UltraTax CS, which received a rating of 4.43. Intuit’s Lacerte product came in a close third, scoring a 4.38, with Thomson’s other package, GoSystem Tax RS, receiving the lowest score, 3.39 (for the overall ratings, see Exhibit 1).

These results mirror those in the 2009 survey in which Drake and UltraTax again were in a virtual tie with 4.439 and 4.436, respectively, Lacerte came in third with 4.43, and GoSystem trailed the rest of the field with 3.55. However, there was a notable rise in the percentage of respondents who disliked the price of their packages and a rise in the percentage of respondents turning to chat for technical support.

There has also been an increasing trend of companies making their products available online, according to feedback from vendors.

The survey, which received 12,018 responses, was conducted in May 2010. The exhibits show detailed answers for 9 of the 17 products included in the survey: ATX 1040 (CCH), ATX MAX (CCH), Drake, GoSystem Tax, Lacerte, ProSeries (Intuit), ProSystem fx Tax (CCH), TaxWorks (RedGear Technologies) and UltraTax CS. Information and ratings for products that received fewer than 100 responses—CrossLink 1040 by Petz Enterprises, Great Tax by Greatland Corp., Intuit ProLine Tax Online Edition, TaxACT, TaxSimple, Tax Slayer Pro, TaxWise and TurboTax (Intuit’s consumer product)—are not included in this article, but product information provided by the vendors is available here. Greatland did not submit the requested data, so information about that vendor’s product is not listed.

SWITCHING PRODUCTS MOSTLY DUE TO PRICE

As is generally the case, only a small minority of respondents (6%) switched their tax preparation software from another product before this year’s tax season. However, that was up from the 4% of total respondents in last year’s survey who said they had switched. While 89% of this year’s respondents said they plan to use the same software next season, 2% will not, and the remainder said they don’t know.

Consistent with the “why did you switch” question, by far the highest percentage of total respondents (41%) selected price as the factor they liked least about their software, up from 35% last year. Users of the more expensive products—ProSystem fx, Lacerte, and UltraTax CS—also had the highest percentage of respondents giving low scores on price.

Forty-three percent of ProSystem users chose price as their least-liked feature, as did 56% of Lacerte customers and 54% of UltraTax customers (see Exhibit 3).

Ease of use earned the highest percentage of overall responses (26%) for best-liked feature, followed by number of forms/comprehensiveness at 22% and accuracy at 21%.

Intuit’s professional tax products led the way in ease of use, as they did in last year’s survey, with 44% of ProSeries users and 40% of Lacerte users selecting that feature (see Exhibit 4).

While ease of use was the overall best-rated feature, a great majority of respondents (83%) still needed technical support from their tax vendor. This is up from 74% last year. Among products with 100 or more respondents, Drake once again scored the highest rating (4.71 out of 5) in response to the question “How easy was it to get technical support from the vendor?” Last year Drake’s rating was 4.70. UltraTax came in second with 4.34, compared with 4.33 last year. GoSystem came in last with 3.54, down from last year’s rating of 3.60 (see Exhibit 5).

Several vendors have introduced other forms of help, which were reflected among the 3% of respondents who wrote in additional responses. These included online databases/knowledge bases, FAQs on the vendor website, forums, and remote help options that allow the vendor to log in to a preparer’s computer to see the problem.

Many vendors say they are expanding the number of products their tax software product integrates with, to include not only their own products but also those of other vendors.

For example, Lacerte integrates with other Intuit products such as QuickBooks but also with BNA Tax Planner. ProSystem fx Tax integrates with the entire ProSystem fx Suite as well as GainsKeeper Pro (a CCH product), Basis Pro (CCH), BNA and Sage FAS (Fixed Asset Software). Drake allows for importing information from Microsoft Excel and Access, QuickBooks and Sage Peachtree. GoSystem integrates with a variety of other Thomson Reuters products, such as Practice CS, File Cabinet CS and Checkpoint, as well as products from several other vendors, including BNA, Copanion, SurePrep and Caseware.

To comment on this article or to suggest an idea for another article, contact Alexandra DeFelice at adefelice@aicpa.org or 212-596-6122.

For a more comprehensive list of products that each program integrates with, as well as more information about each tax preparation software vendor, including prices, features, contact information, and product-by-product survey results, click here.

Products on the Web

The trend of moving toward the Internet continues as vendors that traditionally offered desktop versions of their product introduced Web-based versions.

Last August Intuit announced its plans for ProLine Tax Online Edition, a new SaaS professional tax software product powered by the Lacerte engine, rather than creating Web-based versions of ProSeries or Lacerte itself. It is a pay-per-return model of roughly $19.95 per return in 2009 with no upfront license fees. The product launched in November. Pricing for 2010 had not yet been determined at press time.

In June 2009, Thomson Reuters unveiled a SaaS option for which users pay monthly software leasing fees rather than upfront purchase fees, starting at roughly $425 per month, and can access their software, including the CS Professional Suite of products as well as Microsoft Office and Exchange, over the Web. CCH also released a SaaS version of ProSystem fx Tax in 2009, which starts at $450 per user per month.

Drake offers two types of SaaS offerings. Web1040 runs in a browser, so it requires no installation. Remote1040 is an application that customers have to download, consisting of a data entry module that runs locally on the customer’s machine. For both products, calculation, printing and e-filing all happen on the server and are executed over SSL encryption.

GoSystem Tax RS is Web based, and Thomson says it plans to expand its Web services, including online monitoring tools and additional products. UltraTax plans to enhance its tool for monitoring the status of e-file clients and to include an option to send an automated e-mail to the client when the IRS has accepted the returns.

Most vendors offer some type of online help, including chat, e-mail or Web-based discussion forums as well as blogs and videos. Online portals, through which accountants and their clients can exchange files, are also becoming popular. While portals can be used for dozens of purposes—from exchanging QuickBooks files that are often too large for e-mail to entering payroll information—an increasing number of accountants are using them to receive client source documents and post their completed tax returns, especially given the regulatory environment related to sending private information via e-mail. Web-based portals can be up and running in minutes, and those who use them say the learning curve is almost nonexistent.

Portals are not new—at least not to Thomson or CCH—but both vendors launched new versions of their products in the fall. The ProSystem portals start at $1,250 a year for 500 portals and 10 gigabytes of total storage. Thomson’s start at $175 per month ($2,100 annually) for 1,000 portals with 500 megabytes of storage per portal, plus a $500 one-time setup fee.

Drake does not offer client portals, but this year it is introducing Enterprise Office Manager, a Web portal for multisite management. To secure e-mail exchanges with clients, the vendor is introducing the ability to password protect and encrypt PDF copies of tax returns. (For more information on portals, see “Client Portals: A Secure Alternative to E-Mail,” JofA, Feb. 2010, page 36.)

Adding to the move toward using less paper, for 2010 Drake improved the PDF generation of returns and added the ability to back up files to the Drake Document Manager. Thomson plans to enhance the ability to run UltraTax CS efficiently across dual monitors, including the auto sizing of the folders block when the input screen is tiled with either the diagnostics or the tax form.