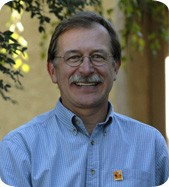 If you were to observe one of our firm’s weekly staff meetings, you might wonder who owns the business. Legally, of course, there are three owners of AGT—my partners, Dorian Aiello and Steve Drageset, and I. But to listen to the staff, you would think they were the owners. They say things like, “We don’t do things like that…” or “We’d be better off if we did…” I credit their sense of ownership largely to our open-book policy.

The firm did not always have an open-book policy; it gradually evolved after I became a partner.

I joined the firm after working as a CPA in Portland, Ore., and then in Walnut Creek, Calif. Although I was up for a partnership in the Walnut Creek firm, my wife and I decided we wanted to move to Mount Shasta, Calif., to enjoy small-town life and raise our children close to the mountains. I accepted a staff position with the firm in December 1990; then, in February of 1992, I was given the opportunity to buy out one of the partners (Charlie Goodrich).

At the time I became an owner, the firm was like most others: People worked hard at their jobs, but most did not know the value of their services in terms of how much was billed out for their time. In 1993, after about a year as partner, I felt the staff needed to know more about how we were doing, so my partner and I offered them a bonus pool of $10,000, which would be distributed if the firm hit certain targets. We decided to share some financial information so they could monitor their progress toward attaining the goal.

That worked well, and the following year we met with the staff on a Saturday morning to review our “1995 Profit Plan” (the budget) and to announce a raise of 2.5%. On Monday morning, the staff—which at that time consisted of only four employees— announced they had had their own meeting on Sunday, in which they made some calculations: They said if we would give them a 15% to 20% raise, both the firm and they would earn more money, and they did not think our clients would mind a fee increase because of the quality of the service we delivered. Since at that time we were billing 3.5 times their rate of pay (it is now 4 times), we immediately saw the bottom-line benefit. When the staff’s prophecy about client acceptance came true, we opened the books to them. Although my partner was a bit uncomfortable with sharing the financials, he decided to trust the process.

Our open-book policy has evolved from providing budget information to allowing everyone access to all financial information —including salary information. Except to turn on the computers, we have no passwords.

Having access to this information has engendered trust and good communication. Our employees tell us they look at their jobs differently, and being entrusted with the information helps them work with their clients more effectively, since they know firsthand what success looks like. Access to the firm’s financials also provides the staff with a scorecard to measure if we are on target, so raises and the ability to go on an annual outing are never a surprise.

Outings are an indirect outcome of the open-book policy; they reflect our philosophy of positive employee relations. Each year, we try to get away as a group. One year, we climbed Mount Shasta; that was a 14,179-foot experience. Another year, we went white-water rafting—something we don’t intend to repeat, since two of our staff fell overboard during a string of Class IV rapids, and one got a black eye! This year we are going back to the river—but we will take a nice lazy float, not fight the rapids. Although our treks are not formal team-building exercises, they definitely result in bringing us closer together.

I believe it is the talent—people—that makes a business successful. We are fortunate in having a great talent pool who have been with us a long time—two for more than 30 years, two others going on 20 years. I’m sure they have their reasons for staying with us, but I would like to think that our open books and the trust we show them have been a big reason they are still here.

—As told to Linda Segall, linda@segallenterprises.com,