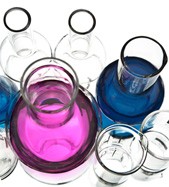 Although it has a well-deserved reputation for complexity and uncertainty for taxpayers, the research tax credit of IRC § 41 nonetheless remains a valuable source of support to businesses that conduct qualified research and development. In fiscal year 2009 alone, the credit represented an estimated $5.6 billion federal subsidy for R&D.

On the government’s side, although questions persist over whether the temporary credit effectively and equitably accomplishes its goal of encouraging new research and development, Congress has renewed it almost continually for 28 years and has often advanced proposals to make it a permanent part of the Tax Code. Many of the provision’s difficulties stem from its perennially temporary status. The Government Accountability Office in a recent study concluded that the credit did foster innovation and economic growth, reducing businesses’ costs of new qualified research by between 6.4% to 7.3% (see The Research Tax Credit’s Design and Administration Can Be Improved, GAO-10-136). At the same time, however, the GAO recommended that Congress amend the law and that the Treasury Department provide new guidance, which the latter agreed to do.

As of this writing, the R&D credit is among a number of “extender” provisions still awaiting congressional authorization for 2010 (see sidebar “The R&D Credit: Outlook for 2010,” below). This would be the 14th temporary extension of the credit and the ninth retroactive extension in a row.

CHALLENGING ISSUES FOR THE R&D CREDIT

Despite a consensus in Congress that the R&D credit is a valuable incentive, its administration has been complicated by uncertainty in a number of areas, as identified by the GAO, most notably: (1) disparities between taxpayers in the amount and incentive effects of credit received, (2) what costs constitute qualified research expenses (QREs) eligible for the credit, and (3) the required manner of documenting and substantiating those expenses.

The R&D tax credit is for taxpayers of any size that design, develop or improve products, processes, techniques, formulas or software. It is calculated on the basis of increases in research activities and expenditures; thus it is intended to reward, in general, not static programs but those that pursue innovation with continually increasing investment. However, an alternative simplified method allows taxpayers to claim research credits if research costs remain the same or even decline when compared with prior years.

One generally acknowledged Shortcoming of the R&D credit is that its regular method of calculating the credit (the regular research credit, or RRC) uses a base period that can reach back as far as 1984, with disparate results that can reward some taxpayers with a windfall and deny a credit to others. The GAO recommended that Congress consider eliminating the RRC in favor of a revised version of the only other method available for tax years beginning on or since Jan. 1, 2009—the alternative simplified credit (ASC). The ASC became available in 2007. It replaces the alternative incremental research credit (AIRC), which was available for QREs paid or incurred on or before Dec. 31, 2008. For details and examples of calculating the credit under the RRC and ASC methods, see “How the Credit Is Calculated.”

WHICH CALCULATION METHOD SHOULD YOU USE?

Taxpayers should carefully evaluate which of the two credit calculation methods, the RRC or the ASC, may yield the best results as well as determine whether the components of the calculation are readily available and can be sufficiently documented.

Taxpayers with the following facts may benefit from using the ASC method:

Calculating and substantiating the RRC can be difficult. Election of the ASC relieves much of this administrative burden by shifting the measurement of research incrementally over the three prior years.

For some taxpayers, one key benefit in electing the ASC is the removal of gross receipts from the equation if the facts reflect a rising revenue stream. In addition, manufacturing and high-technology companies especially may benefit from this change if their facts reflect a limitation in the amount of RRC available to them due to a shift in the relationship of QREs to gross receipts from the base period to those in recent years. For example, during 1984–1988, it was common for manufacturing companies to spend significant amounts on R&D in relation to sales. As these companies in later years increased productivity by developing more efficient, cost-effective processes, their relative sales may have increased faster than their increase in research spending. As a result, the ratio of QREs to gross receipts has been decreasing, effectively limiting the amount of credit available under the RRC (see Exhibit 1).

Even with a decrease in current QREs, the taxpayer can still claim the credit under the ASC method. Under the RRC method, in general, a similar decrease in QREs can significantly limit or even eliminate the ability to claim the credit—even more so with higher fixed-base percentages. For example, even under Scenario 1 in Exhibit 1, the current-year credit under the RRC method would be zero with a fixed-base percentage of 9%. Based on this and other problems with the RRC, the GAO in its November 2009 study recommended that Congress consider eliminating it in favor of the ASC with a minimum base of 50% of current-year QREs.

The costs eligible for the research credit as QREs must meet the definition of IRC § 174, which permits taxpayers to elect either to deduct “research or experimental expenditures” or to amortize the costs over a period of not less than 60 months. Those expenses are limited to:

This definition is relatively broad and encompasses such activities as:

To substantiate its qualified research, a taxpayer must prepare and retain documentation on paper or electronically. Numerous court cases over the years reflect difficulties by the IRS and taxpayers in administering the research tax credit. Some of the most recent court cases, such as U.S. v. McFerrin (docket no. H-05-3730, S.D. Texas, vacated and remanded, 5th Cir., 2009) and Union Carbide Corp. v. Commissioner (TC Memo 2009-50), have addressed research credit substantiation and credible documentation, a key issue in IRS exams. In these cases, the courts ruled that the taxpayers, in the absence of certain contemporaneous records such as a time tracking or project accounting system, may still estimate research and experimentation expenses by looking to testimony of credible personnel and other available evidence.

As mentioned earlier, research and experimental expenses alternately may be deducted or capitalized. Under section 174 the taxpayer must elect either to deduct or amortize such expenses or, on the other hand, claim the credit for them, but may not do both. Under section 280C(c), taxpayers may reduce their deduction or amortization by the amount of expenses for which they claim a credit. They may also elect to reduce their credit in proportion to an increased deduction or amortization, but this election (yearly election) must be made before the filing date (including extensions) for the taxable year and is irrevocable (section 280C(c)(3)(C)). As mentioned above, the ASC election must be made on the original return; however, the taxpayer can file Form 6765, Credit for Increasing Research Activities, with the ASC election as a placeholder in the original return and file an amended claim later. This is not the case for the RRC, where the taxpayer does not need to make an election on the original return.

The R&D credit is also subject to limitations of the general business credit. The total of it and others of the 35 incentive credits enumerated in section 38(b) are limited to 25% of the taxpayer’s net tax liability over $25,000. To the extent that a research credit is not available for use in the current year or immediate prior year, unused credits have a 20-year carryforward.

In addition to the federal credit, research tax credits have been adopted by many states. While many states follow the R&D tax credit, it is advisable to confirm with the state the current R&D tax credit legislation.

The research tax credit has also been designated a Tier 1 issue by the IRS, which requires the IRS to follow certain protocols when reviewing R&D credit claims.

Although the IRC § 41 R&D credit has been extended numerous times—most recently in 2008 for 2009—as of this writing it has not been made permanent and had expired Dec. 31, 2009. While the Obama administration and many members of Congress support making the credit permanent, cost considerations may lead to yet another temporary extension. As of mid-January 2010, another one-year extension was awaiting Senate action as one of a number of “extender” items that the House passed in early December 2009. Leaders of both parties on the Senate Finance Committee have announced their intention to retroactively extend the credit.

The research and development credit of IRC § 41 can be a significant advantage for businesses that develop, design or improve products, techniques, software and similar activities. It can be calculated under either the regular research credit (RRC) method or the alternative simplified credit (ASC) method.

Under the RRC method, the credit equals 20% of qualified research expenditures (QREs) for a tax year over a base amount established by the taxpayer in 1984–1988 or by another method for companies that started up subsequently. This method may be best for companies that can document a low base amount. The ASC equals 14% (for the 2009 tax year) of QREs over 50% of the average annual QREs in the three immediately preceding tax years. If the taxpayer has no QREs in any of the three preceding tax years, the ASC may be 6% of the tax year’s QREs. This method may be the best choice for taxpayers with incomplete records from the mid-1980s, taxpayers complicated by mergers and acquisitions, or taxpayers with a high base amount from that period.

“Research or experimental expenditures” eligible for the R&D credit are defined in section 174. They include in-house wages and supplies attributable to qualified research, certain computer time-sharing costs and a percentage of contract research expenses. Generally, however, defining such expenditures has been the subject of extensive interpretation by the courts and the IRS.

Daniel Karnis (daniel.j.karnis@us.pwc.com) is a director in the national Tax Projects Delivery Group of PricewaterhouseCoopers LLP.

Go to aicpa.org/pubs/taxadv to find past articles from The Tax Adviser. Click on “Archives” and then search by issue.