Test Your Knowledge of Professional Ethics 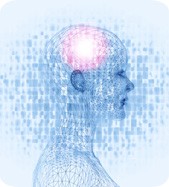 Periodically the JofA publishes questions on ethics topics that have been raised by AICPA members via the Institute’s Ethics Hotline. This set of questions and staff answers deals with the application of the Code of Professional Conduct (AICPA Professional Standards).

1. A CPA firm has a partner who is “semiretired.” The respective partner is present at the office at times, but has no clients of his own although the partner occasionally consults with other partners concerning issues regarding their clients. The “semi-retired” partner is on the board of directors for a charitable organization but rarely shows up for its board meetings and, when he does, has little to no participation. Can the CPA firm perform a review engagement for the charitable organization?

2. The facts are the same as question one, but now the partner is fully retired and no longer a partner of the firm. Can the CPA firm perform a review engagement for the charitable organization?

3. A CPA performs an audit for a private company. The sole owner of the company is involved heavily in day-to-day operations and makes all financial decisions. May the CPA refer, for a commission, life insurance products to the sole owner of the audit client?

5. An audit client wants to set up a hotline in which the client’s employees could anonymously report potential fraud. Can the CPA who performs the audit manage the hotline, including taking calls and reporting the potential fraud to the appropriate level of management?

6. A CPA’s engagement letter for the audit of a privately owned bank includes an indemnification clause limiting the liability of the CPA in the event that losses occur due to a knowing misrepresentation of management. Would this impair the CPA’s independence?

7. A client engages a CPA to provide bookkeeping services and provides the CPA with a client-prepared general ledger. The CPA prepares certain schedules including a depreciation schedule and fixed assets ledger for the client. The engagement is temporarily delayed, and the CPA returns no records to the client, as the client has not paid the CPA for any of the bookkeeping services. Five months later, the client requests that the CPA return the general ledger, depreciation schedule and fixed assets ledger. May the CPA withhold all of these records until the CPA is paid for services performed?

10. A CPA firm has a review client who wishes to rent an office within the same building as the firm’s office. The CPA firm owns the building. Would this impair independence?

1. No, the “semi-retired” partner is still a partner of the firm, so the firm may not perform a review or any other attest service for the charitable organization of which the partner is a member of the board of directors. If the partner were to remove himself from the board, the firm would still be prohibited from performing a review engagement covering the period during which the partner served on the board. This would be considered a violation of Interpretation 101-1.C [ET section 101.02] despite the fact that the partner does not participate in board matters.

2. No. Under Interpretation 101-2, Employment or Association with Attest Clients, of the Code of Professional Conduct, the former partner of the firm must fully dissociate from the firm before accepting a “key position” with an attest client. One of the requirements for dissociation includes no longer participating or appearing to participate or associate with the firm. This includes, but is not limited to, consultation to the

firm by the former partner.

3. Yes, the CPA may refer such products to the owner of an attest client for a commission provided the CPA discloses the commission to the owner. Rule 503, Commissions and Referral Fees [ET section 503.01], prohibits a member from referring or recommending a product for a commission to an audit client, however, the owner of the client is considered to be separate from the audit client and therefore not covered by this prohibition for purposes of Rule 503.

4. No. Even though the ex-controller is contracted and not on the payroll of the CPA firm, he or she would be considered a member of the attest engagement team [see ET section 92.02]. Therefore, this would violate Interpretation 101-1, Interpretation of Rule 101, since the ex-controller would be participating on the attest engagement team during a period that included a period of his or her former employment with the audit client.

5. No. Operating such a hotline for a client would be assuming “management responsibilities” and therefore impair the CPA’s independence. The CPA may assist with establishing the hotline by advising the client on implementation techniques and recommending best practices concerning the operation of the hotline (see “Audit Committee Considerations for Whistleblower Hotlines,” page 24). However, taking the calls and reporting the potential fraud is the responsibility of management and therefore would impair independence.

6. No, the CPA’s independence would not be impaired by inclusion of such a clause. However, the CPA may be in violation of Rule 501, Acts Discreditable [Interpretation 501-8, ET section 501.09], if the bank is subject to the rules of federal banking regulators that have established regulations that prohibit entities subject to their regulation from entering into agreements for the performance of audit services required by such regulators that contain certain types of indemnification provisions.

7. According to Interpretation 501-1, Response to Requests by Clients and Former Clients for Records, of the Code of Professional Conduct, the general ledger prepared by the client would be considered a “client provided record,” and the depreciation schedule and fixed assets ledger prepared by the CPA would be considered “client records prepared by the member.” “Client provided records” should be returned to the client regardless of whether or not the client has unpaid fees related to the engagement. “Client records prepared by the member” may be withheld by the CPA if there are fees due to the CPA for the specific engagement concerning those records. Therefore, in this situation, the CPA must return the general ledger, but does not need to provide the fixed assets ledger and the depreciation schedule. In addition, absent extenuating circumstances, the general ledger should be returned within 45 days of the client’s request.

8. No, the manager may not perform such services. Interpretation 505-2, Application of Rules of Conduct to Members who Own a Separate Business, states that if a member owns (or controls) a separate business that performs accounting services, the separate business and all its owners and employees must adhere to the Code of Professional Conduct including, but not limited to, Rule 101, Independence. Accordingly, the business owned by the manager could not provide bookkeeping services that would impair independence to the clients of the CPA firm.

9. No, the firm may not perform an audit of the year-end 2009 financial statements, regardless of the fact that an entirely new engagement team would be assigned to perform the audit. Interpretation 101-3 states that the requirements of the interpretation must be met by the member and the member’s firm during the period of the professional engagement and the period covered by the financial statements. Because the firm performed bookkeeping services that impaired independence during 2009 (that is, during the period covered by the financial statements), the firm would not be considered independent for purposes of the year-end 2009 audit.

10. No. The client may rent the office from the CPA firm as long as the lease meets the criteria of an operating lease as described in ASC Topic 840, Leases.

Jason Evans (jevans@aicpa.org) is the senior technical manager of the Independence and Behavioral Standards (IND/BHS) Group of the Professional Ethics Division at the AICPA.

Real-World Business Ethics: How Will You React? (#RWBE)

To access courses, go to aicpalearning.org and click on “On-Site Training” then search by “Acronym Index.” If you need assistance, please contact a training representative at 800-634-6780 (option 1).